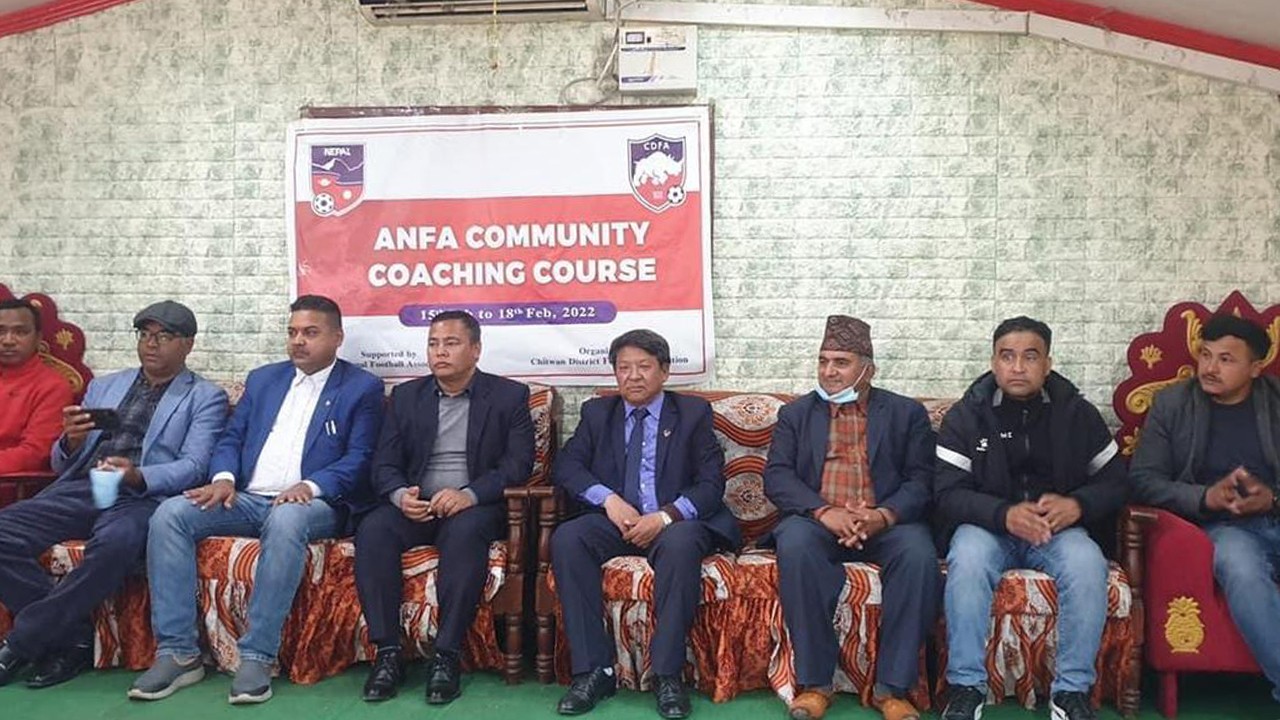 A community coaching course has begun in Chitwan from Tuesday.

ANFA President Karma Tsering Sherpa was the chief guest of the programe which will conclude on February 18.

Thirty-participants are taking part in the course which is being instructed by Head of Coach Education Sanjit Singh with Nabin Maharjan assisting him in the course.