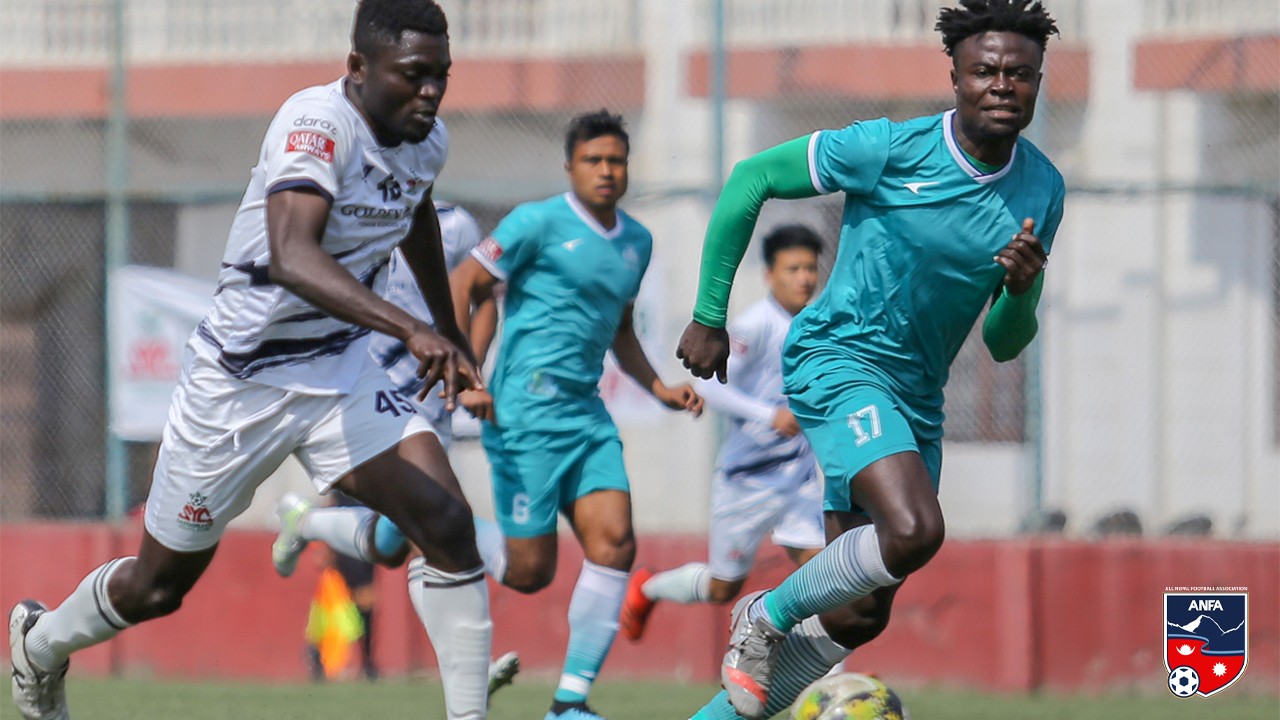 Martins Ajayi scored the only goal of the match played at ANFA Complex in Satdobato. Ajayi scored just six minutes into the game to cap a memorable season for SYC.

Promoted into the top-tier for the first time in their history, SYC finished their season with 21 points including six wins and three draws. SYC are currently into third position but their final position in the table depends on the result of matches elsewhere.

CYC, meanwhile, finished at the bottom of the table with just six points.

In the other match played at Dasharath Stadium, Bhison Gurung scored one minute from time to snatch a point for HSC against Friends. Friends had taken the lead through an own goal from Diwash Urau in the 74th minute.

Friends finish on 12th in the table while HSC are 9th.

Jawalakhel Youth Club will play against Sankata Club at the Dasharath Stadium on Friday while Brigade Boys Club take on Three Star Club at ANFA Complex. Both the matches will kick-off at 1 pm.