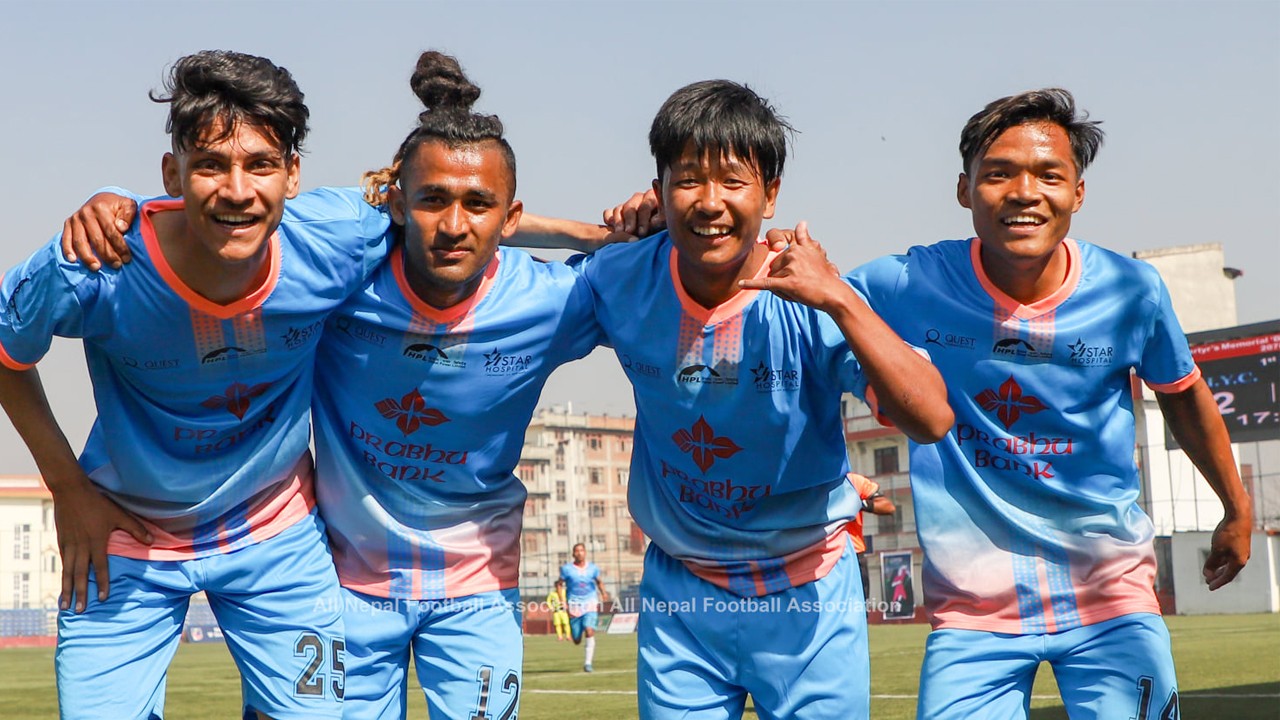 Jhamsikhel Youth Club earned their first win of the Martyr's Memorial 'B' Division League 2078 after a 3-1 win over Boys Union Club on Tuesday.

Akash Bahadur Rana scored the first goal for Jhamsikhel in the 13th minute which was doubled by Man Kumar Rai in the 18th. After Abiral Rijal scored the team's third in the 58th, Bibek Rai pulled one back for Boys Union in the 60th.

Shree Bhagawati also played a 1-1 draw against Naya Basti. It was Naya Basti's third draw in a row. Naya Basti took the lead through Ramesh Tamang in the 14th minute but Ramesh Uraw equalized for Shree Bhagawati in the 50th.