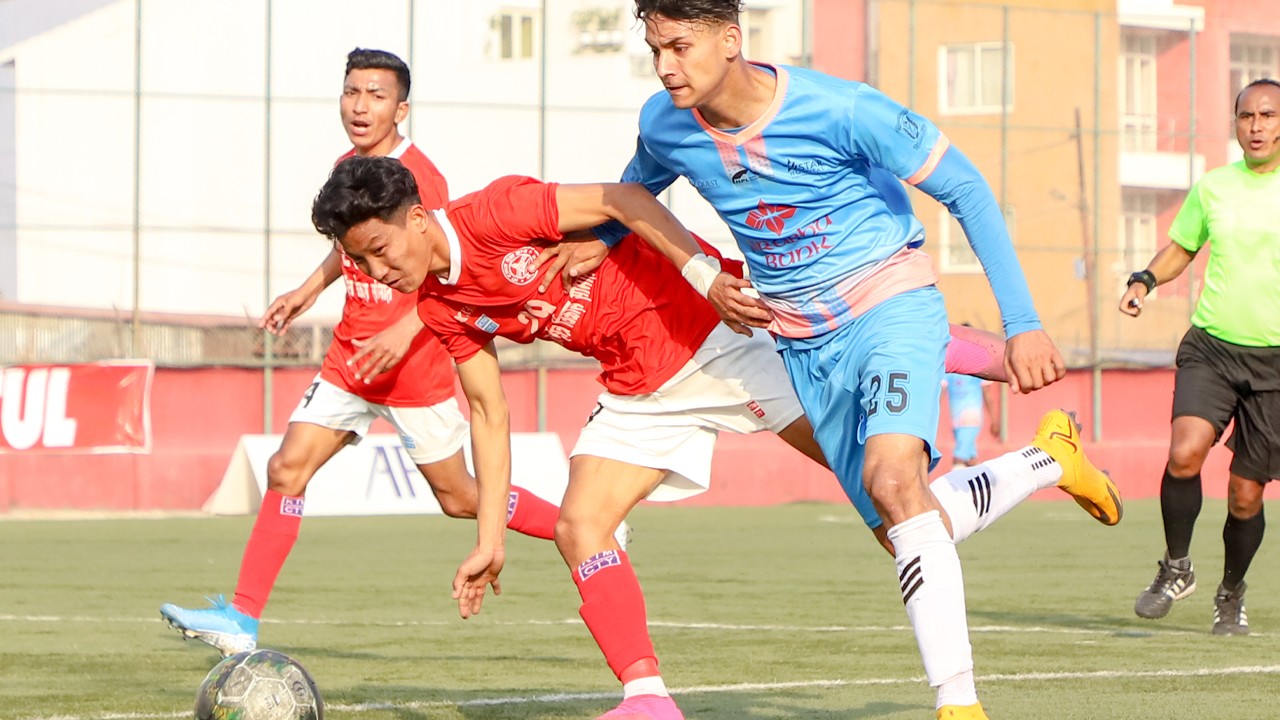 Shree Kumar Club and Ranipokhari Corner Team played a 1-1 draw while the other match between Tushal Youth Club and Jhamsikhel Youth Club ended in goalless draw in the Martyr's Memorial 'B' Division League 2078 on Thursday.

Srijan Raj Gautam had given Shree Kumari the lead in the fourth minute but Prajwal Gurung levelled just a minute later for RCT.

Shree Kumari, having played three draws, are eight in the table with three points while RCT are sixth with four points.

Tushal are 12th and Jhamsikhel are fifth in the table.

Boys Union Club will play Nayabasti Youth Club in the first match at 9:30 am on Friday. The second match of the day between Saraswoti Youth Club and Khumaltar Youth Club will be played at 12:45 pm and the third match between Shree Bhagawati Club and Samajik Youth Club at 4 pm.

All the matches will be played at ANFA Complex in Satdobato.