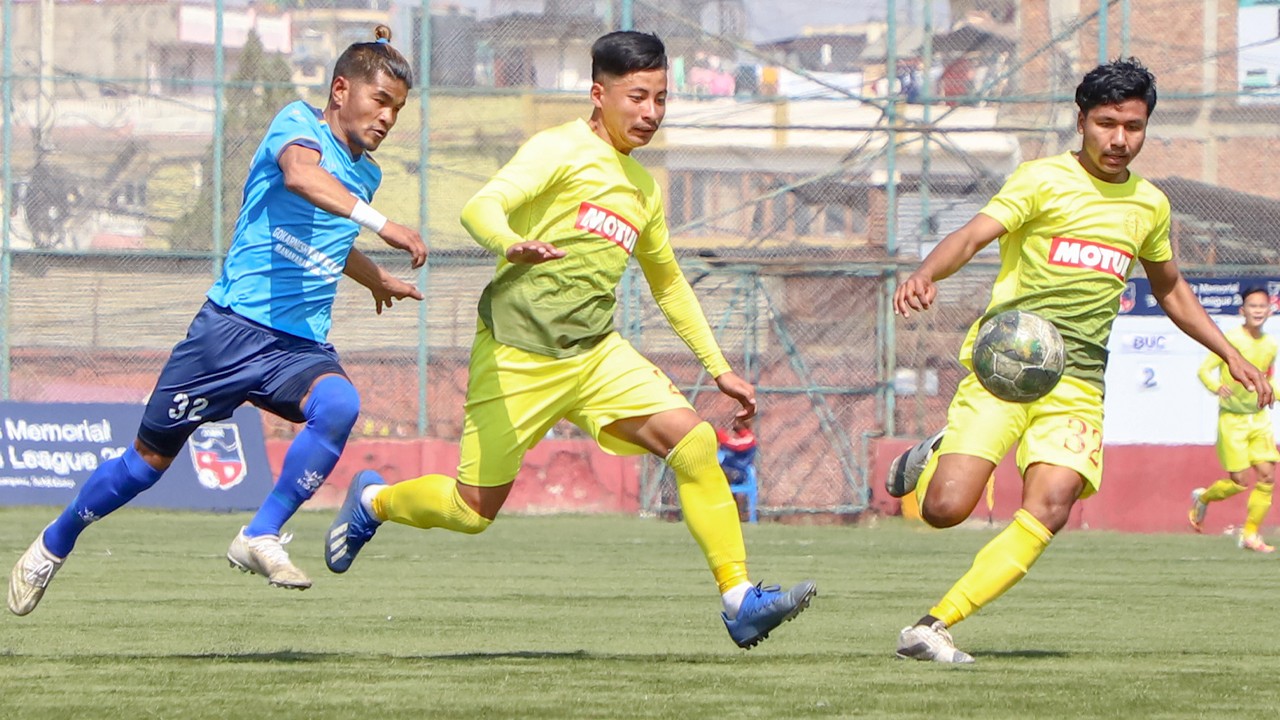 Shree Bhagawati Club moved to the top of the table of the Martyr's Memorial 'B' Division League 2078 after a 3-2 win over Samajik Youth Club on Friday.

Shree Bhagawati had taken a 2-0 lead through Santosh KC in the 35th and Anil Gurung in the added minute of first half. Samajik Youth, however, levelled the score 2-2 with goals from Bikash Titung in the 50th and Basanta Bahadur Rana in the 60th. Six minutes later, Anuj Bhandari scored for Shree Bhagawati to claim all the points for the side.

Saraswoti Youth Club came from behind to defeat Khumaltar Youth Club 2-1 with goals from Anish Pariyar in the 49th and Arjun Gurung in the 85th. Sabin KC had given Khumaltar the lead in the 27th minute.

Saraswoti moved to third in the table with eight points from four games. Defeated Khumaltar are fifth with six points.