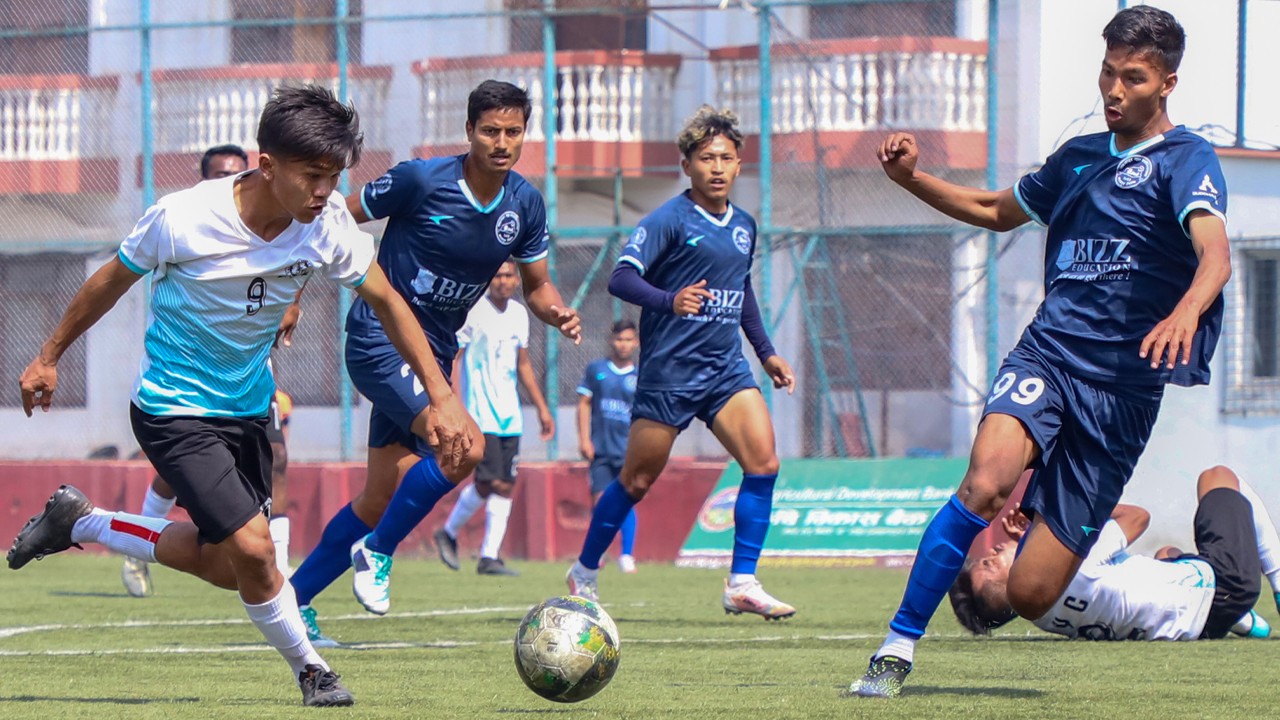 Saraswoti Youth Club climbed to the top of the Martyr's Memorial 'B' Division League 2078 table after a 2-1 win over Madhyapur Youth Association on Tuesday.

Kumar Dong's strike in the first added minute of the game gave Saraswoti the victory at ANFA Complex. Saraswoti had taken the lead in the added minute of the first half through Sanam Dhimal but Madhyapur levelled through Sajin Thapa Magar in the 51st. Just when the game looked like to head for a draw, substitute Dong scored in the dying minutes to seal the points for Saraswoti.

In the second match of the day, RCT defeated Shree Bhagawati Club 3-0 with a brace from Prajwal Gurung and another one from Sahil KC. Gurung scored the team's first in the 26th minute which was doubled by KC in the 40th. Gurung then added his second in the sixth minute of added time to give RCT a comfortable victory.

The third match between ATH Bansbari Club and Shree Kumari Club ended in a 1-1 draw with Bansbari's Pradip Bogati first minute strike cancelled out by Om Prakash Singh in the added minutes.

Birgunj United will play Church Boys United in the first match at 12:45 pm on Wednesday. The second match between Khumaltar Youth Club and Jhamsikhel Youth Club will be played at 4 pm.