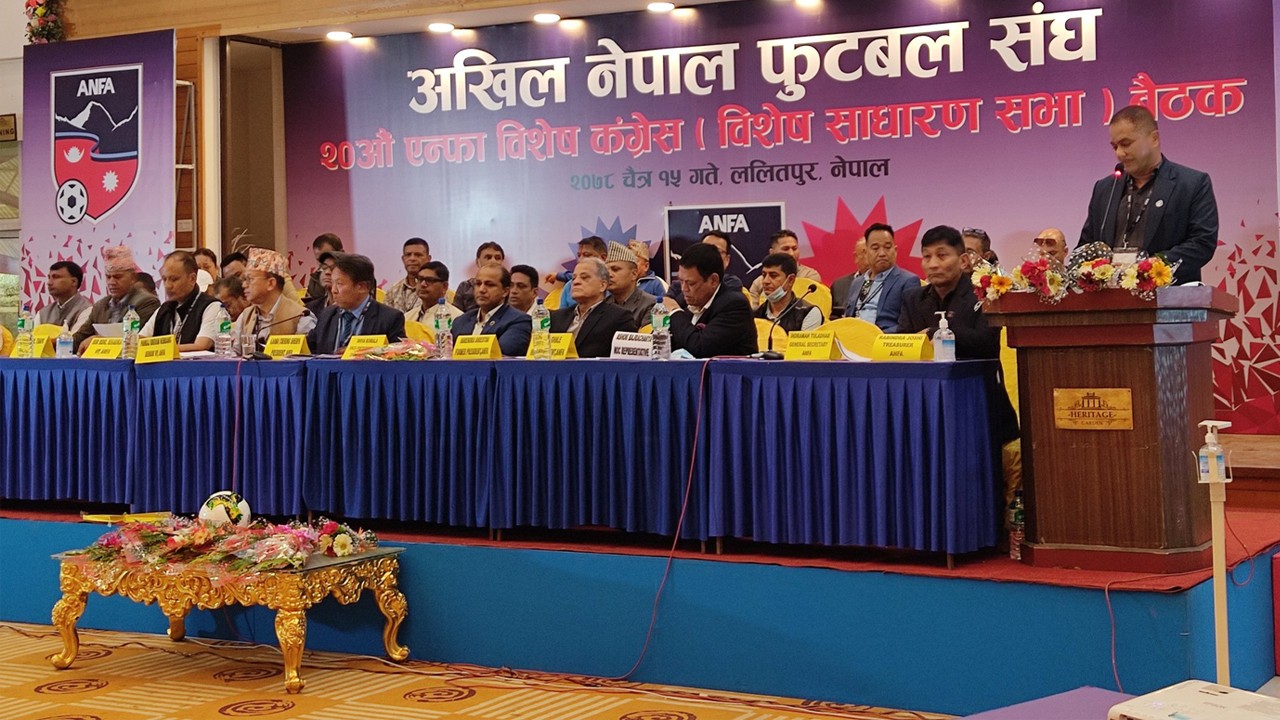 The 20th extraordinary congress (General Assembly) of All Nepal Football Association (ANFA) has concluded at Heritage Gardens in Sanepa.

The meeting also approved the nomination fee for ANFA presidential candidate at Rs 15,000, senior vice president and vice president at Rs 10,000 and members at Rs 5,000 by majority.

The decisions taken by the meeting in full. 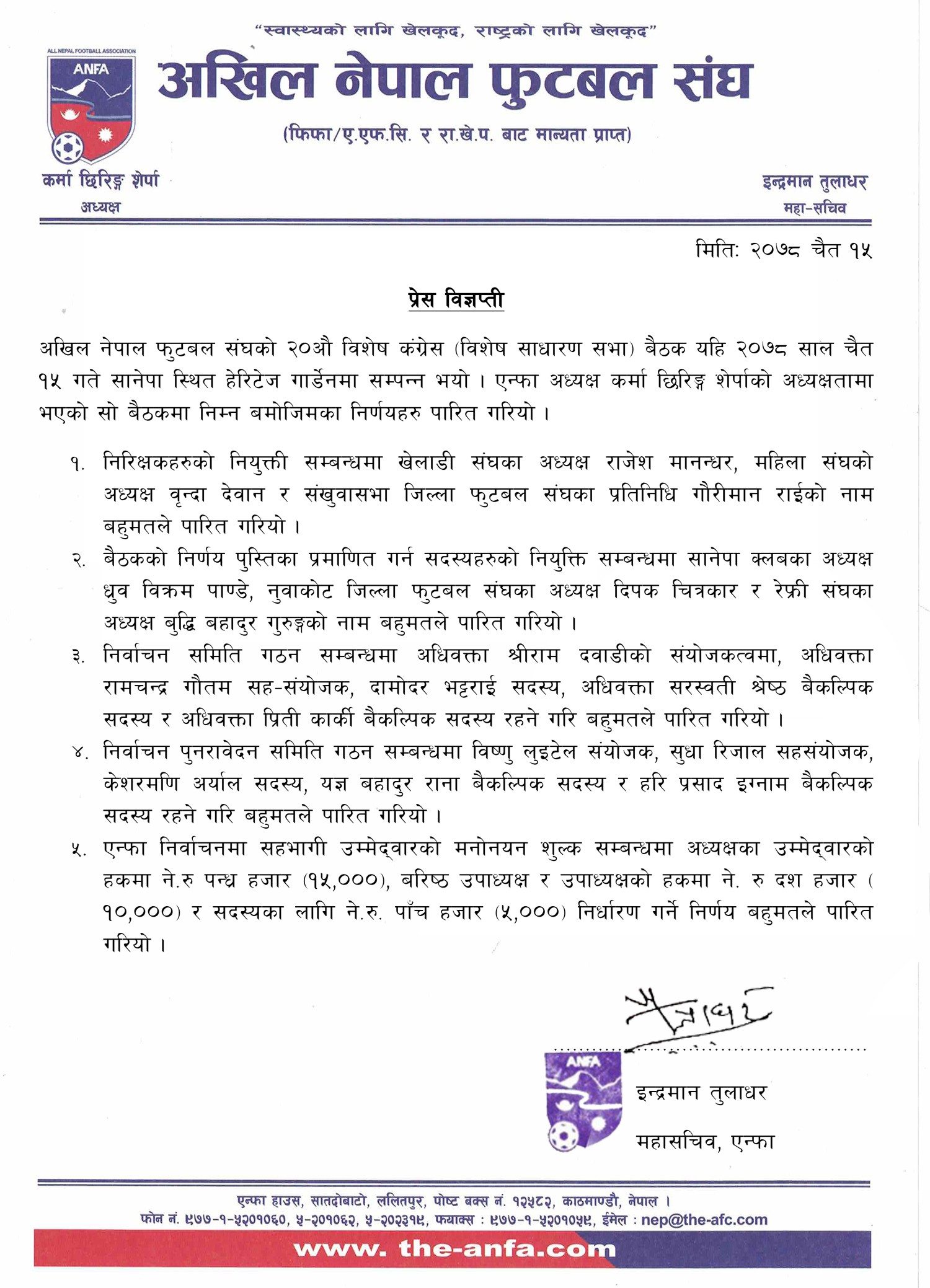