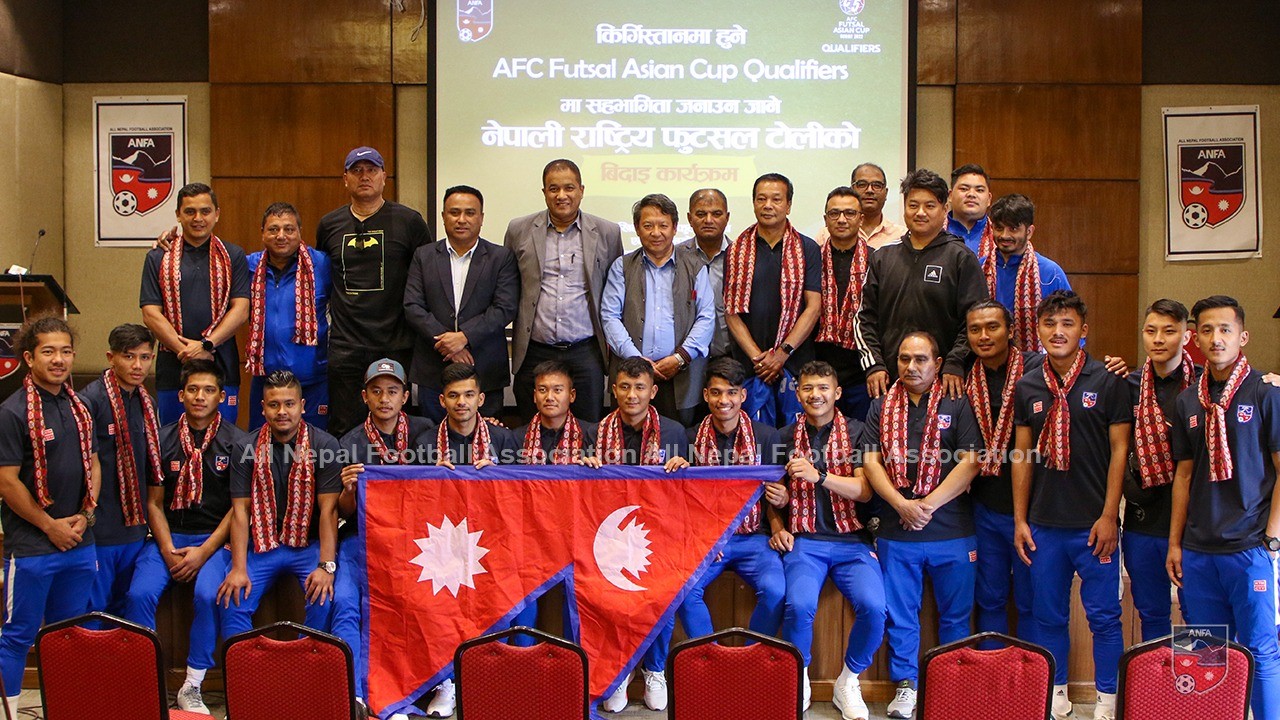 All Nepal Football Association (ANFA) bid farewell to the national futsal team which is flying to Kyrgyzstan for the AFC Futsal Asian Cup Qualifiers.

The farewell was organized at ANFA Complex in Satdobato.