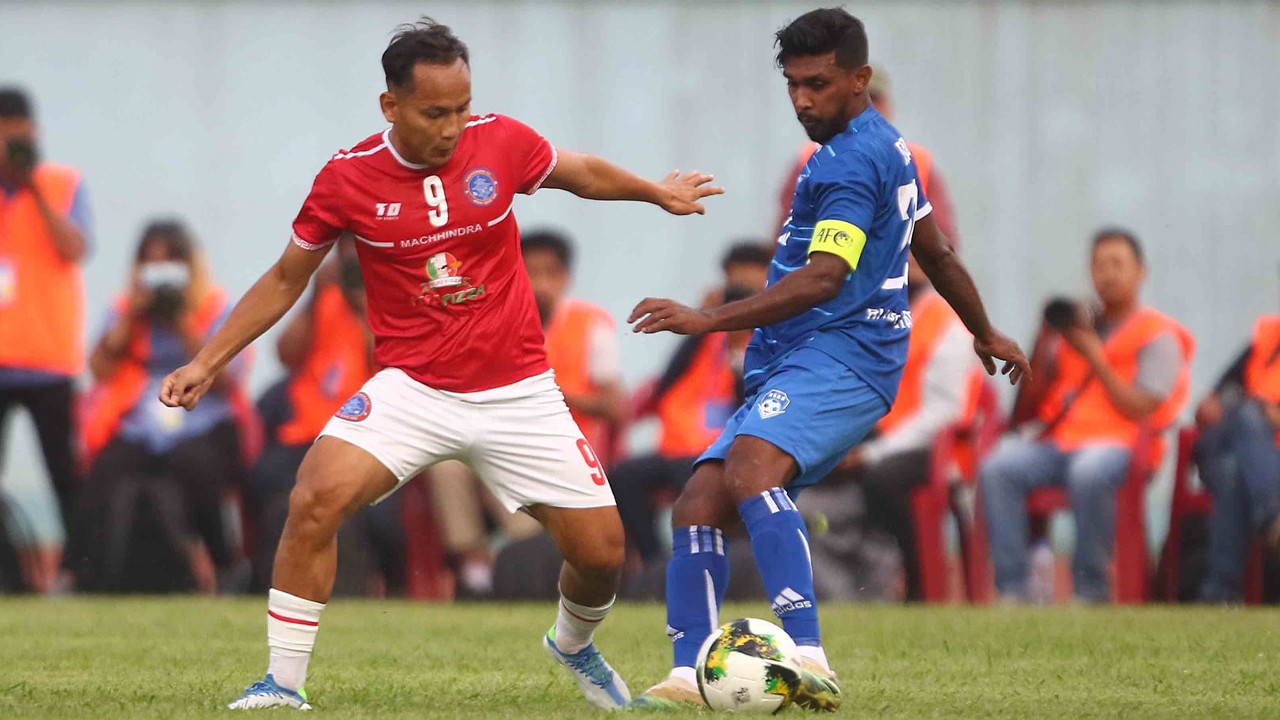 Machhindra Football Club (MFC) crashed out from the preliminary stage of the AFC Cup Qualifiers after losing 2-1 at home to Sri Lanka's Blue Star SC.

MFC had numerous chances to make a comeback to the game but lacked the finishing touch.

Nurlan Novruzov missed a glorious opportunity in the ninth minute when his shot sailed inches off the bar. Blue Star failed to take the lead through a penalty in the 15th minute when Bishal Shrestha punched away Arepade Ombebe's shot. The penalty was awarded when Devendra Tamang brought down Shenal Sandesh inside the box.

Blue Star took the lead in the 24th minute with Fasal capitalizing through a quickly taken free-kick. Fasal averted the rushing Bishal Shrestha and scored.

Blue Star doubled the lead four minutes later when Sandesh put the ball behind the net after Ranjit Dhimal failed to clear the ball.

MFC missed the chance to halve the deficit when Bimal Gharti Magar's header in the 67th minute came off the bar. They pulled one back in the added minute of the game through Sujal Shrestha but any chances of comeback was quelled by the final whistle from the referee.

Blue Star's head coach Bandara Samarakoon said they executed the plan to stop MFC in today's match. "We were more concentrated on combination play. We also missed our chances but we have to acknowledge the opponent team. They played well and tried hard especially in the second half," the coach said.

MFC's head coach Prabesh Katuwal said they played well and played an attacking game but ended up losing. "I had even warned my players to mark their number nine. That cost us dearly. But we should have scored our chances," said Katuwal.

Blue Star will now face India's Mohun Bagan in the next round.