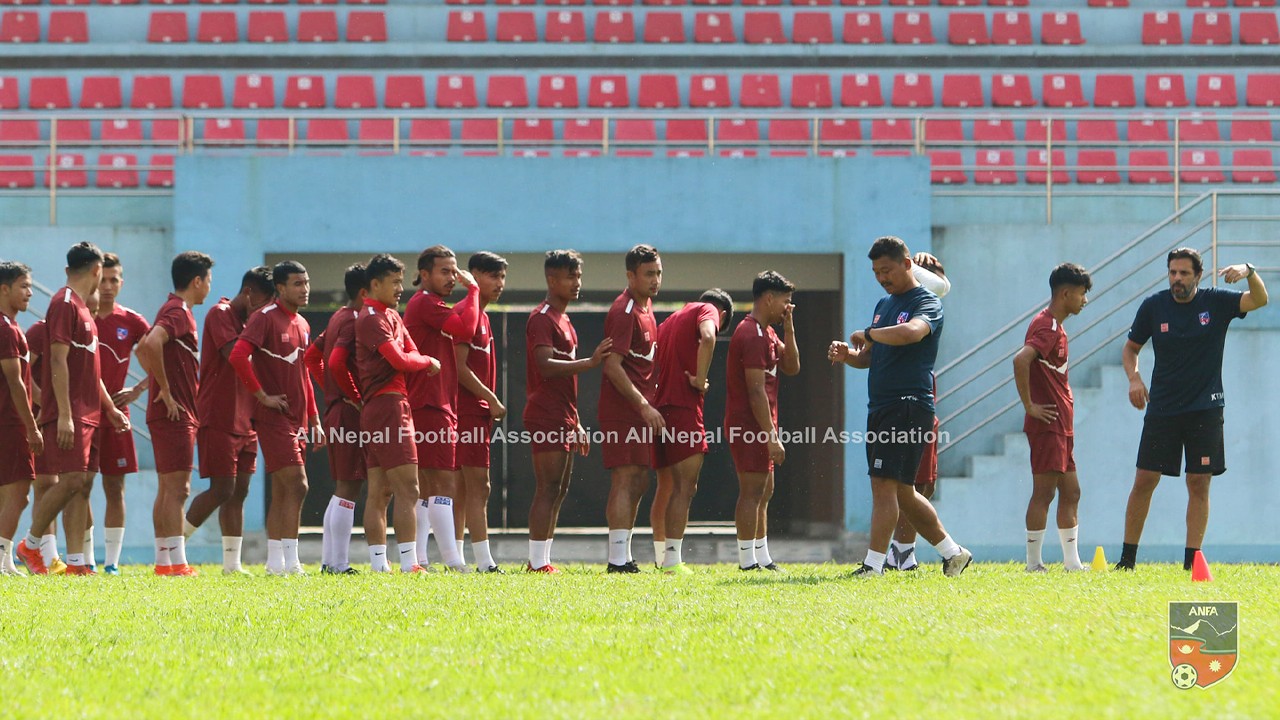 Head coach Almutairi also laid out plans of the national team in the press meet called on Friday. "We need to be realistic. We will fight but we cannot qualify for AFC Asian Cup 2023 Qualifiers," said Almutairi. "The opponents are very strong for us to qualify," he added.

Almutairi also revealed there have been talks for friendlies before the Qualifiers. "We are in talks with some countries for friendlies but as of now nothing has been confirmed. We are still in talks," said Almutairi.

Nepal have been drawn against Jordan, Kuwait and Indonesia in the Group A of the AFC Asian Cup 2023 Qualifiers.

Nepal will play its first game against Jordan on June 8 followed by against Kuwait on June 11. The final game against Indonesia will be played on June 14.