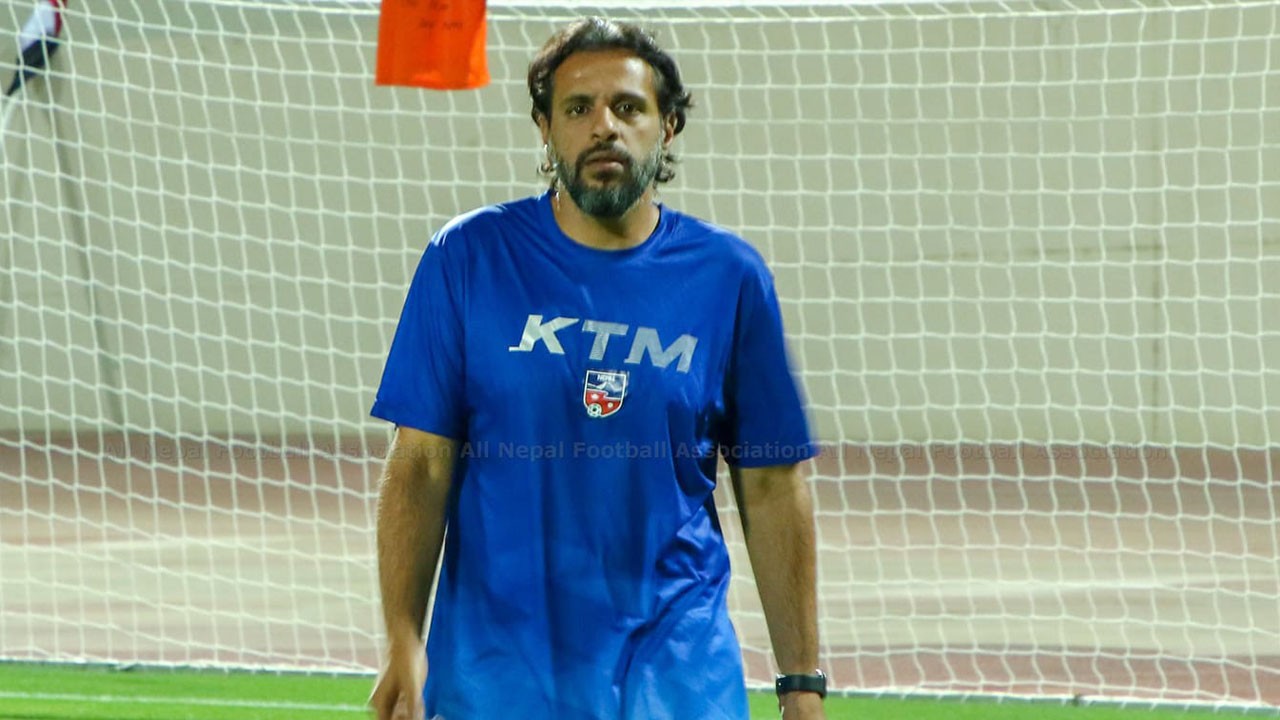 Head coach of national men's team Abdullah Almutairi has said he has been hurt by the recent development involving national team players but said he has forgave them for their remarks against him.

In a letter to ANFA General Secretary Indraman Tuladhar, coach Abdullah said the allegation made by the players was a result of young blood that led to uncomfortable situation. "I as a guarding of all players of the national team can understand the impulse of young blood that led to an uncomforatable situation. Please understand that the unilateral action of players has hurt me deeply because I have always had the best interest of the national football in my heart," coach Abdullah said in the letter.

He said he believed the team had made significant progress and wants to continue.

Abdullah also requested the association not to punish the players and said he decided to exclude them for the best interest and the performance of the team.

He said it was his responsibility to choose the best possible combination for the team and takes full responsibility for the performance of the team in the AFC Asian Cup 2023 Qualifiers.

Read the coach's letter in full: 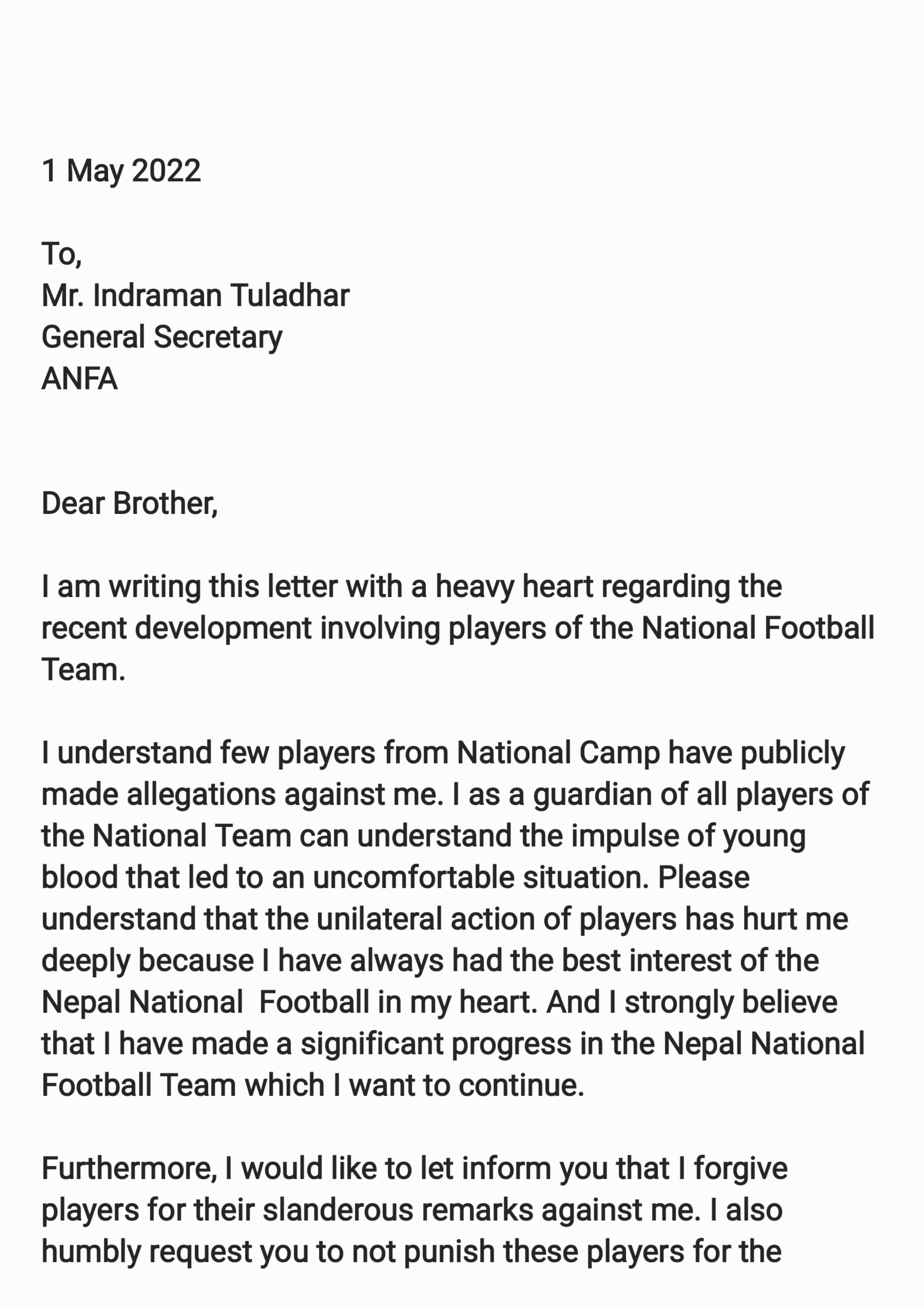 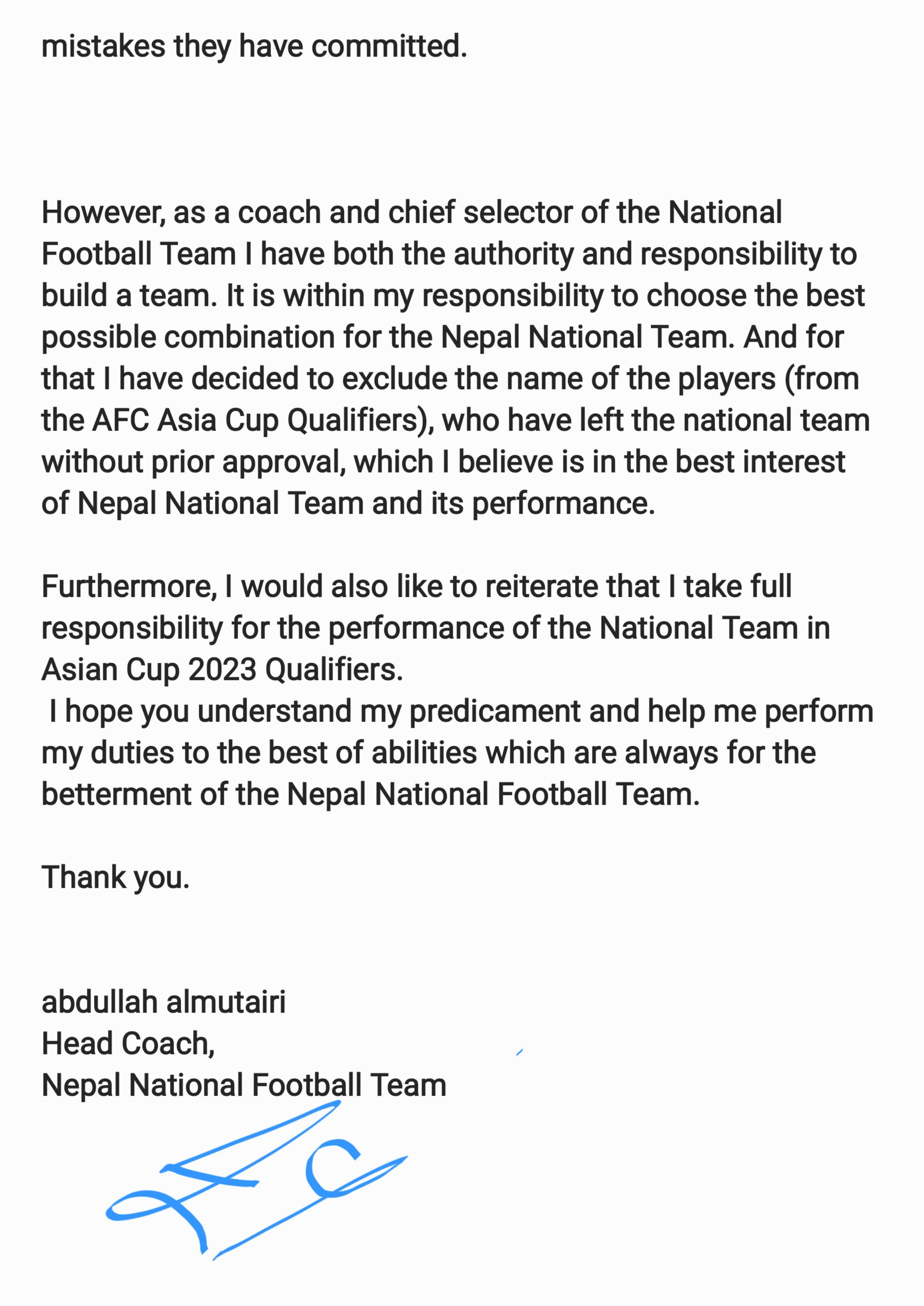