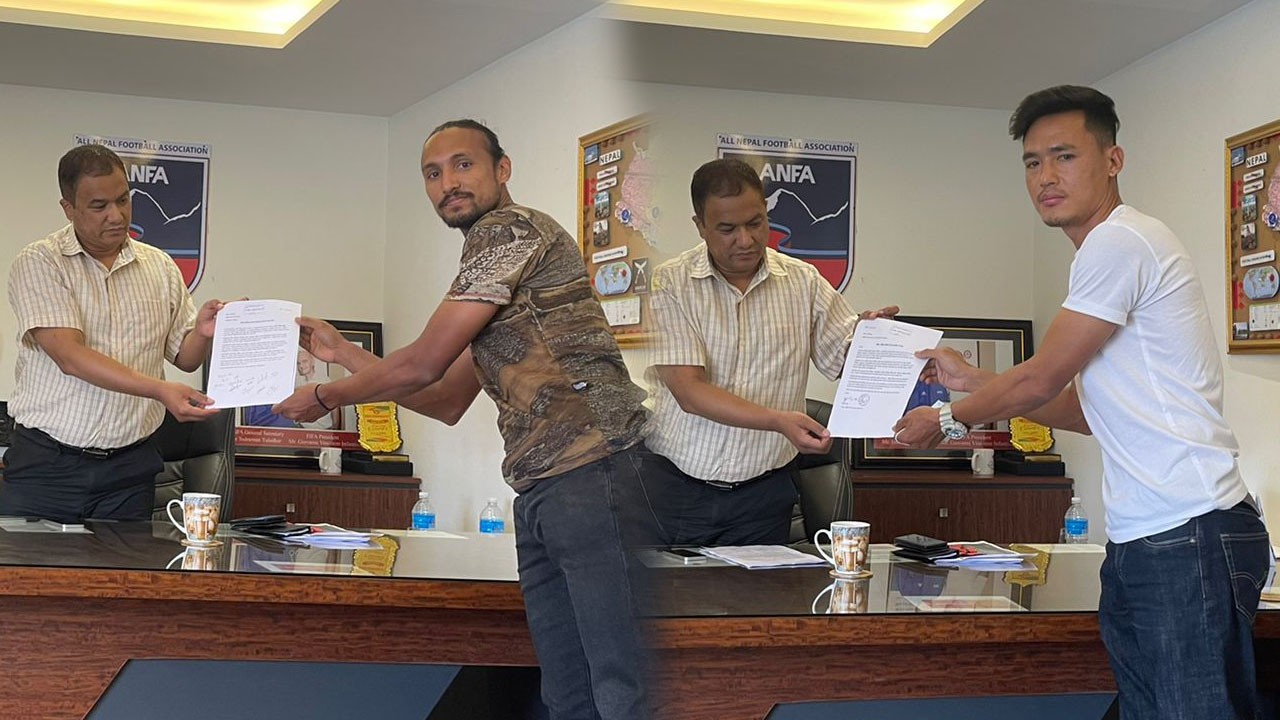 Players who left the national team training camp briefed All Nepal Football Association over the chain of events that unfolded on the day they left the camp.

Submitting a memorandum to ANFA General Secretary Indraman Tuladhar, players claimed them leaving the national team camp was not a willful action. They claimed they were asked to leave the camp and had informed the team officials about it.

Meanwhile, the ANFA Players Association has demanded proper investigation into the matter. Association President Bikram Lama also submitted a memorandum to General Secretary Tuladhar and urged the matter be prioritized and resolved as soon as possible.

Read the memorandum in full: 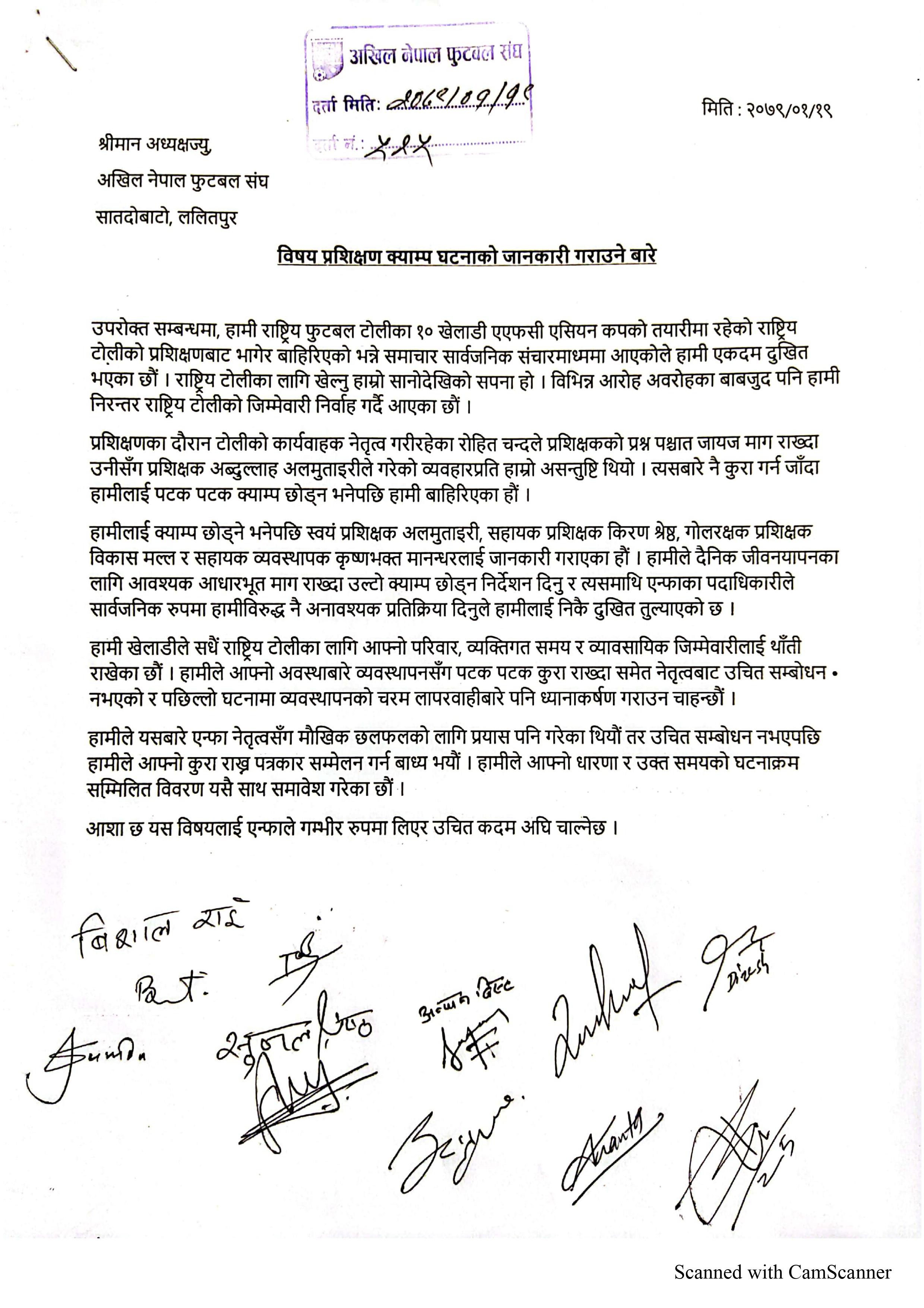 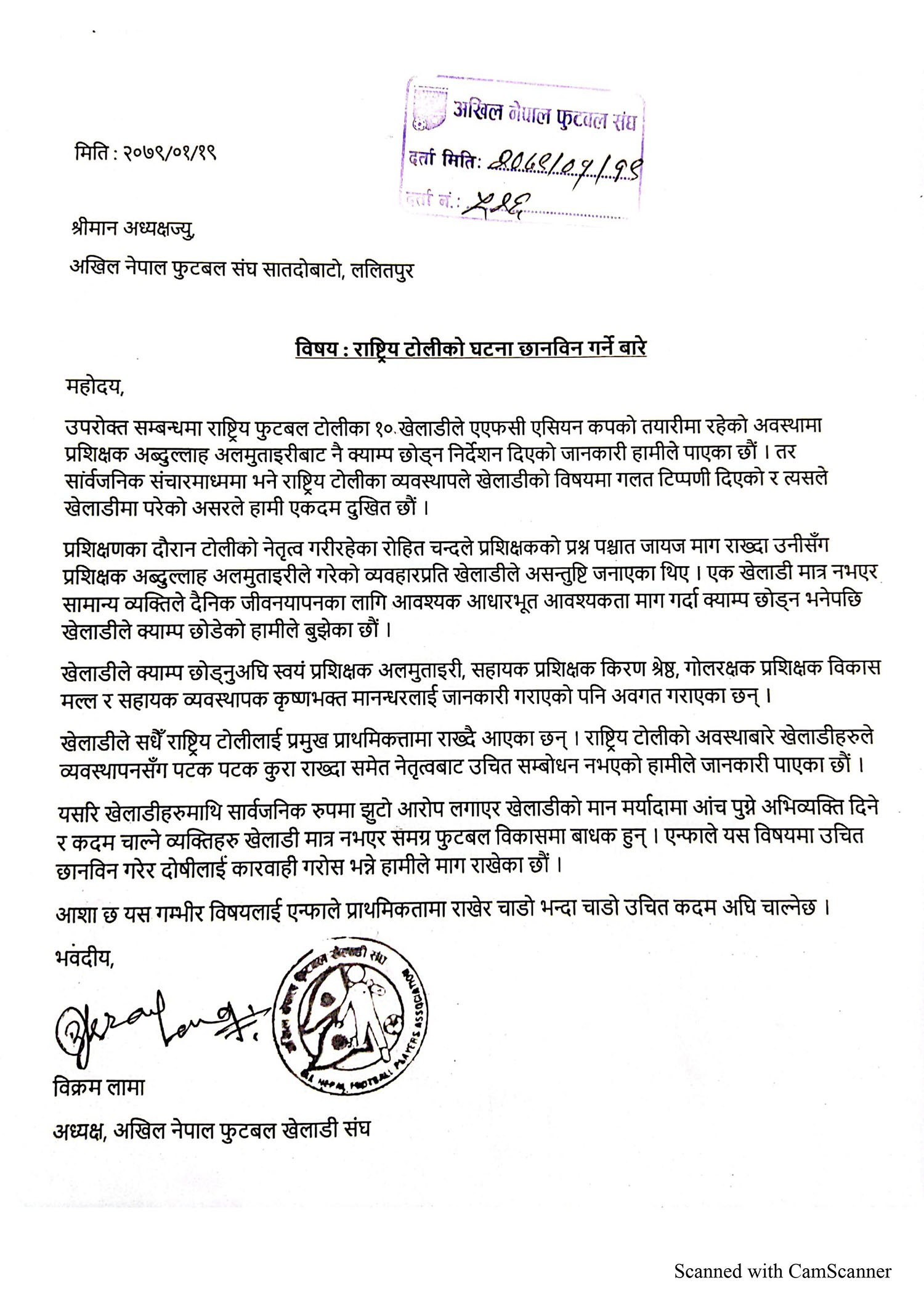