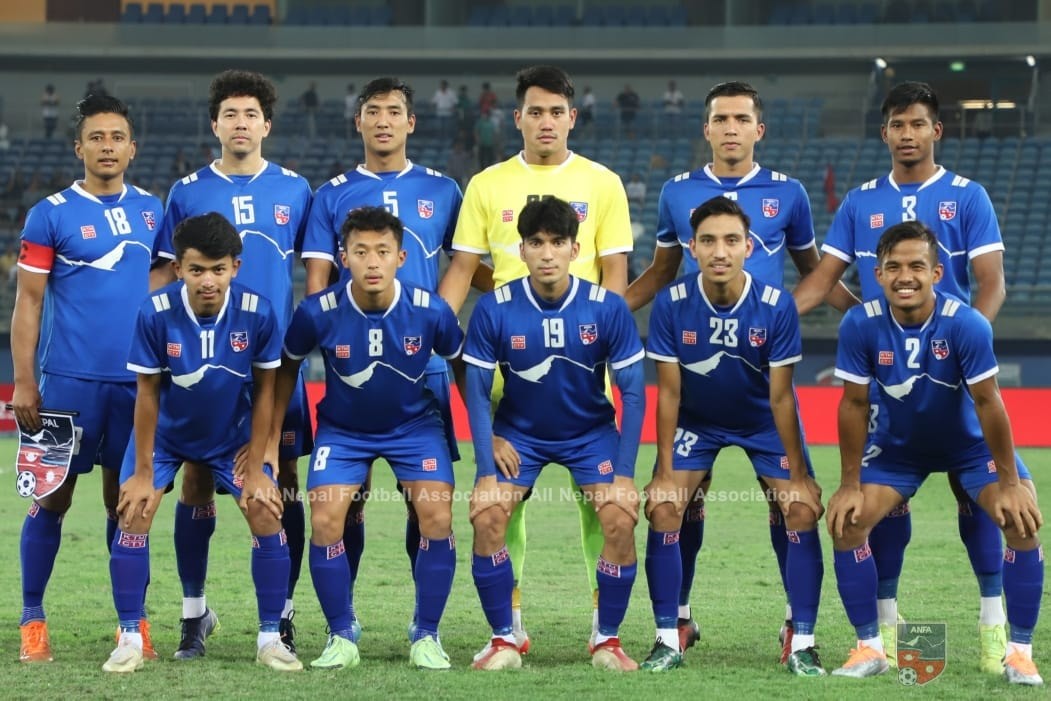 Nepal produced a resilient first half display but were downed by late goals in 2-0 defeat to Joran in their opening match of the AFC Asian Cup 2023 Qualifiers in Kuwait on Wednesday.

After a goalless first half, Aliyad Olwan put Jordan ahead in the 69th minute before Hamza Ali Aldaradreh added another through a penalty in the 82nd minute to complete the victory.

Debutant goalkeeper Dip Karki saved a penalty in the first half as Nepal were holed into their own half in the first 45 minutes. Gautam Shrestha had brought down Mohammad Faisal Zraiq in the penalty aread and the resulting penalty by Mousa Mohammad Suleiman was saved by Karki.

Nepal will now play their second match against hosts Kuwait on June 11.