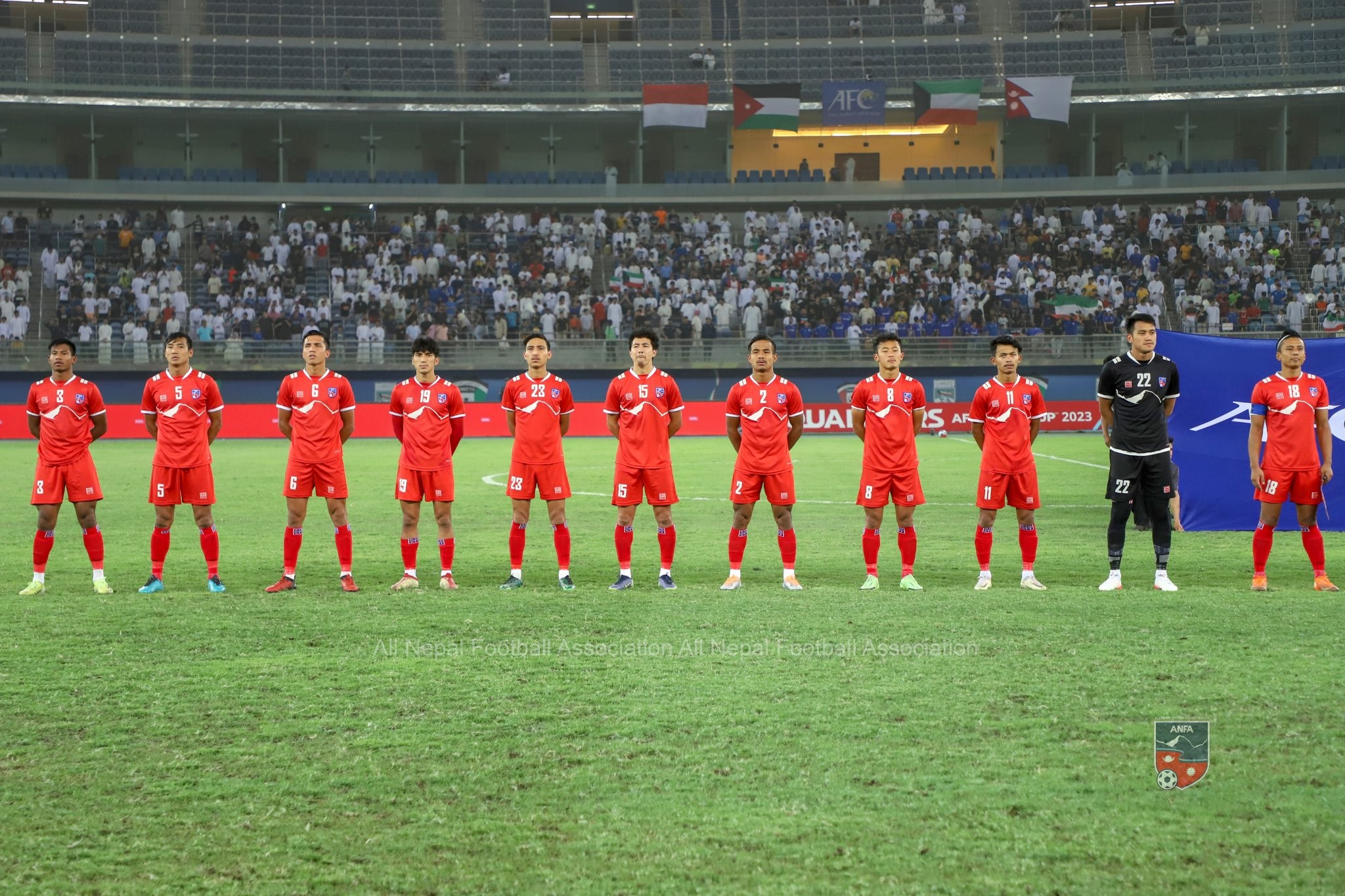 The defeat officially ended Nepal's hopes of marching into the next round of the competition.

Kuwait scored four goals before Darshan Gurung pulled on back for Nepal in the additional minute of the game.

Fahad Al Rashidi opened the scoring in the 28th minute and Yousef Nasser 48th minute strike doubled the lead for Kuwait. Nasser scored the team's third in the 70th minute before Mubarak Al Faneni made it 4-0 in the 73rd.

Gurung scored Nepal's first goal in the competition in the fourth minute of added minute.

Head coach Abdullah Almutairi was rushed to hospital after he collapsed on the pitch midway through the game. Following a brief treatment on the pitch, Almutairi was taken to the hospital. He is out of danger is recovering.