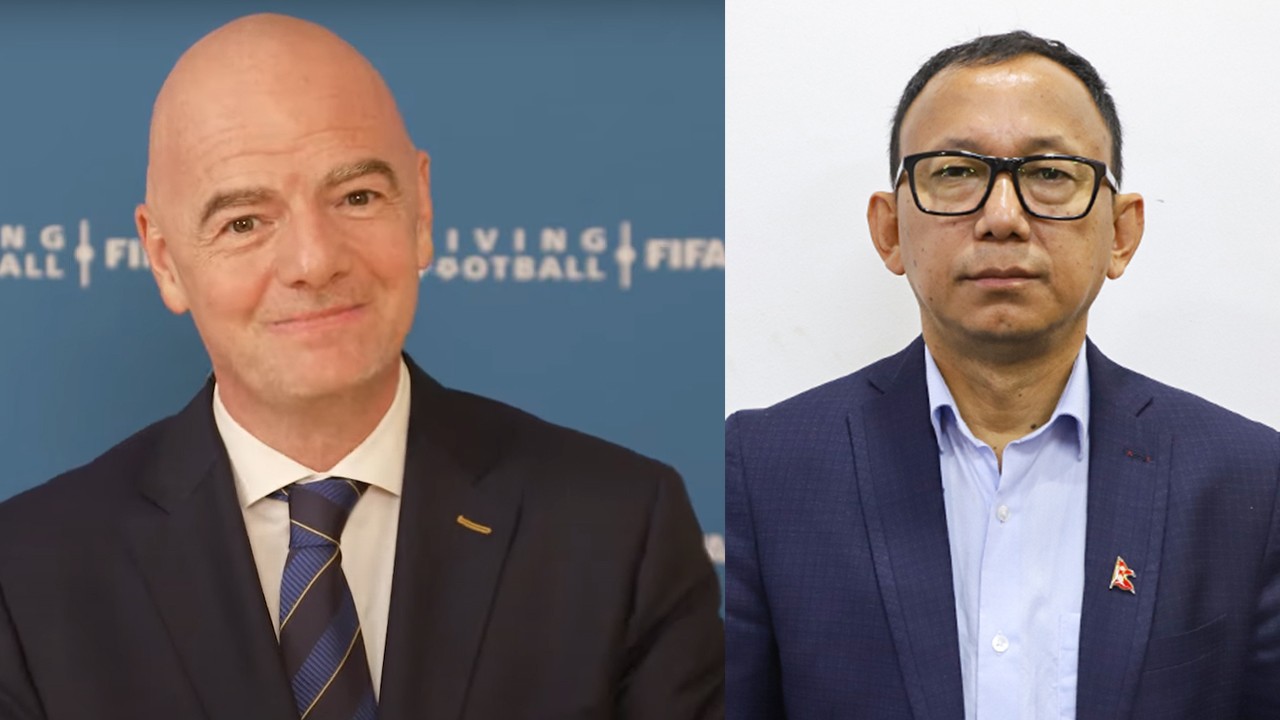 The letter says, "I trust your knowledge, leadership, and experience will have a big impact on the development of our beautiful game in Nepal."

President Infantino stated, 'I wish you and your team good luck and success for all the challenges that lie ahead, in creating and witnessing a lasting legacy for the future of football in Nepal.' 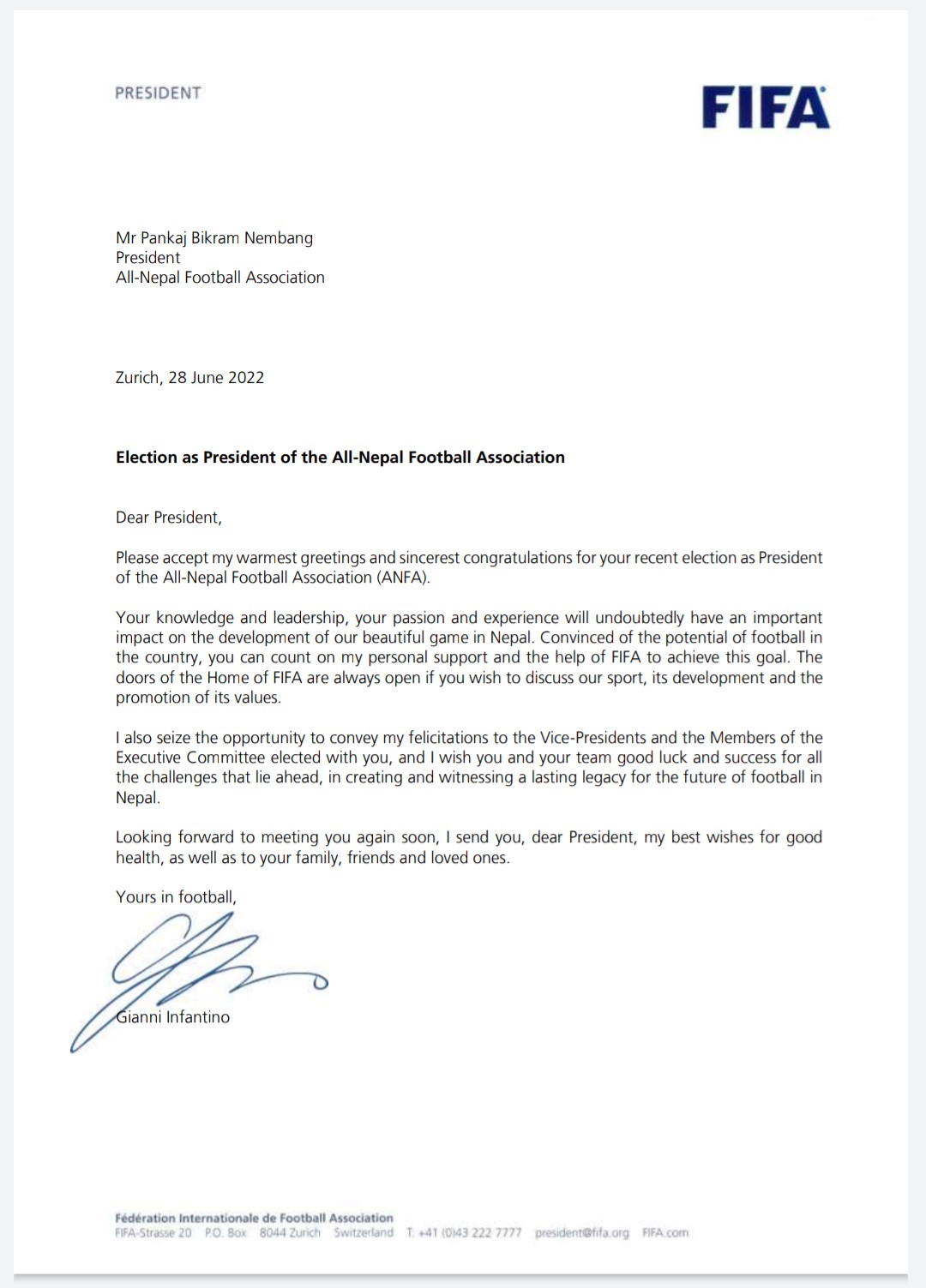