Captain Ayush Ghalan, Kritish Ratna Chhunju and Managya Nakarmi scored for Nepal in the win. The win takes Nepal to the top of the table with six points.

Nepal was a superior team in the first half, in which Sri Lanka defended superbly, but failed to break the Sri Lankan defense. Sri Lanka had the better chance to open the scoring in the 23rd minute but Muhammedhu Munsif hit the outside of the post with his powerful left-footed shot.

Nepal thought they had taken the lead in the 29th through Ajay Chaudhary but was ruled offside.

Skipper Ghalan finally broke the deadlock in the 58th when a poor clearance from Sri Lankan goalkeeper gave Ghalan the chance to direct the ball into the net. Chhunju doubled the lead in the 65th minute. Chhunju's shot from Ghalan's pass rooted Sri Lankan goalkeeper to his legs and the ball sailed into the right corner of the post. Substitute Nakarmi made it 3-0 six minutes from full time with a cross from Sugam Suwal.

Second victory in the competition puts Nepal in prime position to reach the final. Nepal will now play against hosts India, who lost 2-1 to Bangladesh, on July 31. 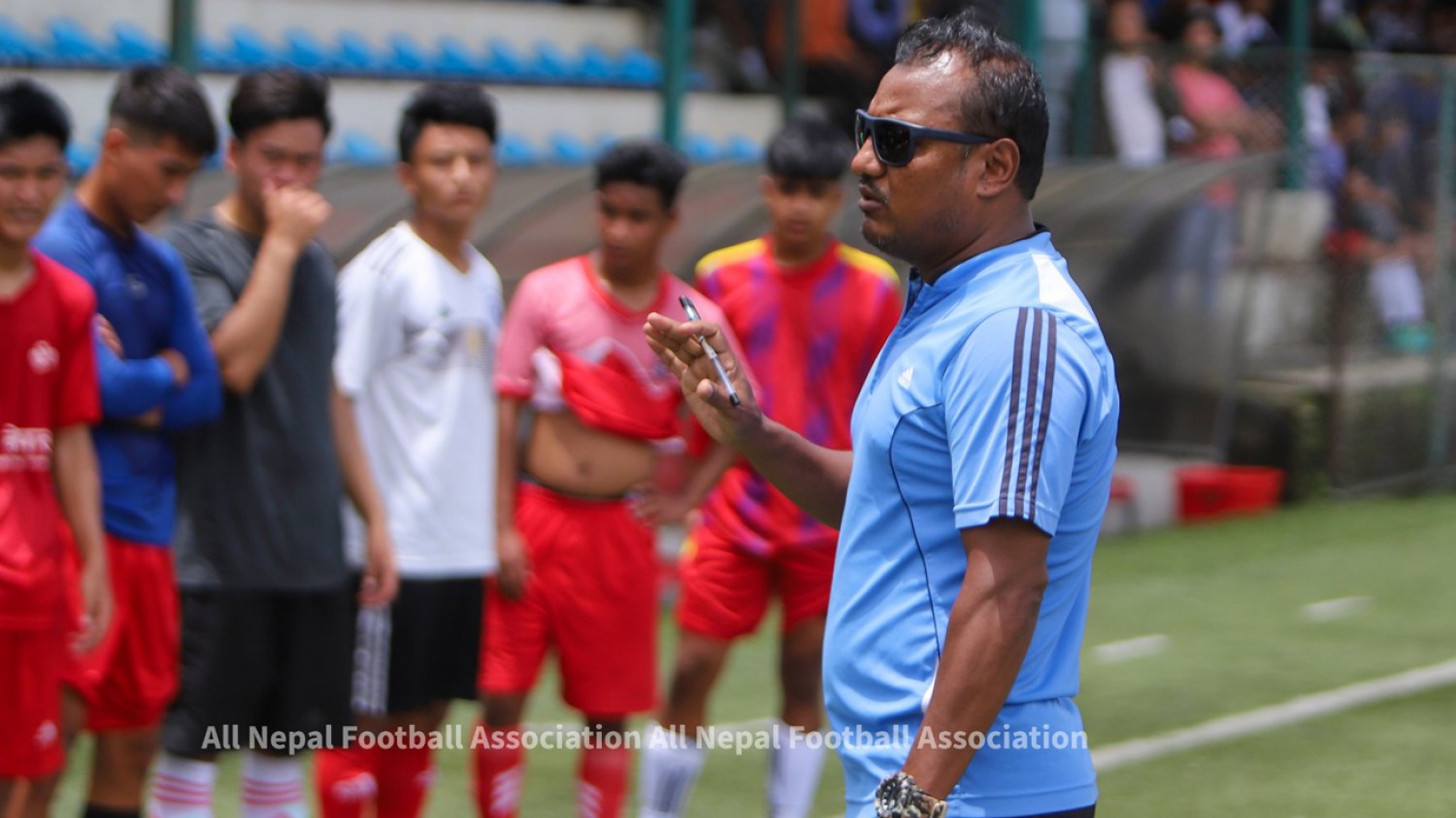