The second executive committee meeting of All Nepal Football Association (ANFA) has concluded on Thursday. The meeting was chaired by ANFA President Pankaj Bikram Nembang.

The meeting decided to approve the earlier decision to form the 18-member Organizing Committee under the coordination of Senior Vice President Bir Bahadur Khadka for the SAFF Championship be held in Kathmandu from September 6-19. The decision to appoint Kumar Thapa as head coach of women's national team and Bindra Dewan as the team manager has also been approved.

The meeting has fixed the ticket price for upcoming SAFF Women's Championship at Rs 300 and Rs 500 for normal and VIP parapet respectively.

An international friendly match will be played in FIFA window against Bangladesh national team on September 27 in Kathmandu. The meeting also appointed Suresh Sah as the spokesperson of ANFA.

The decisions taken by the meeting in full. 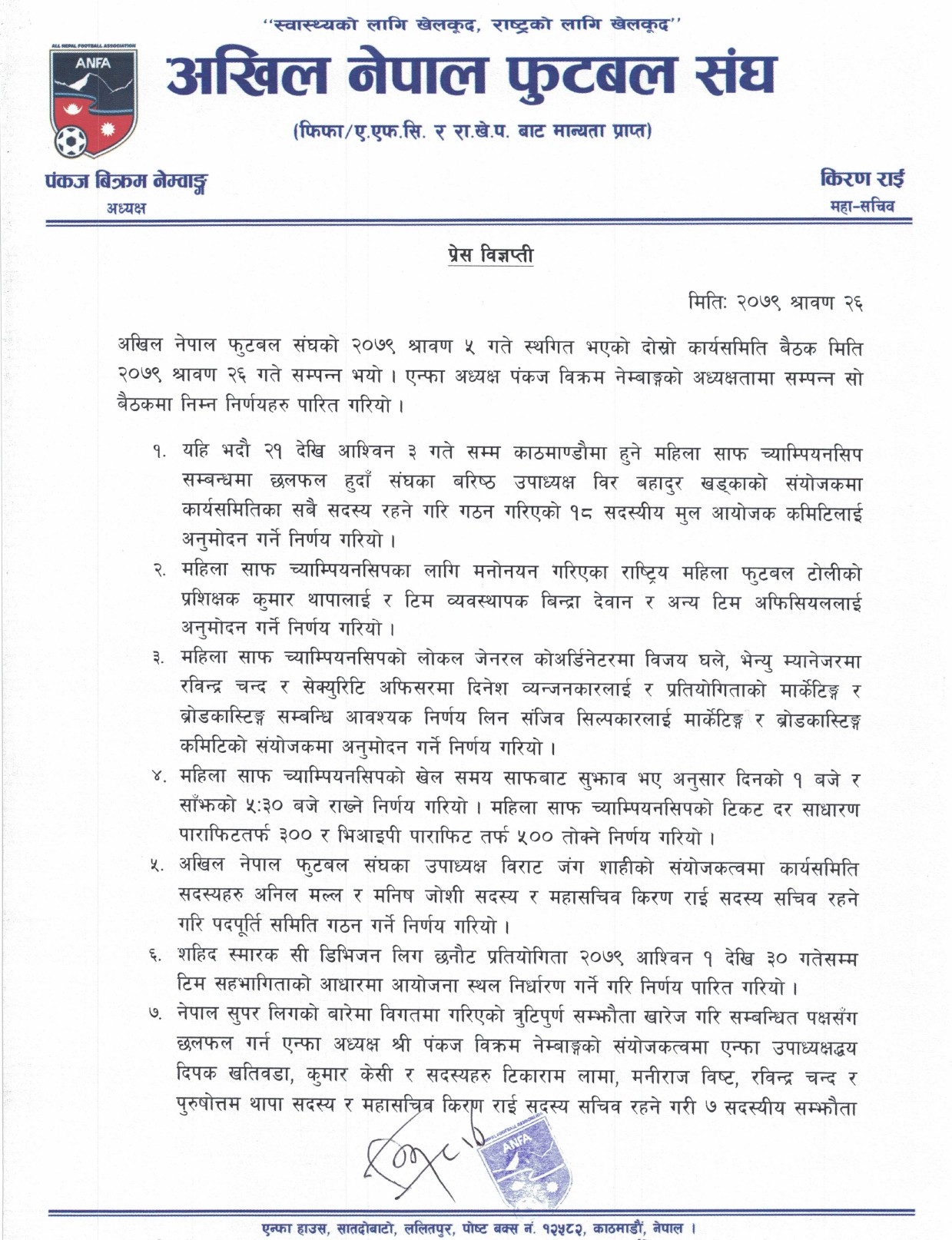 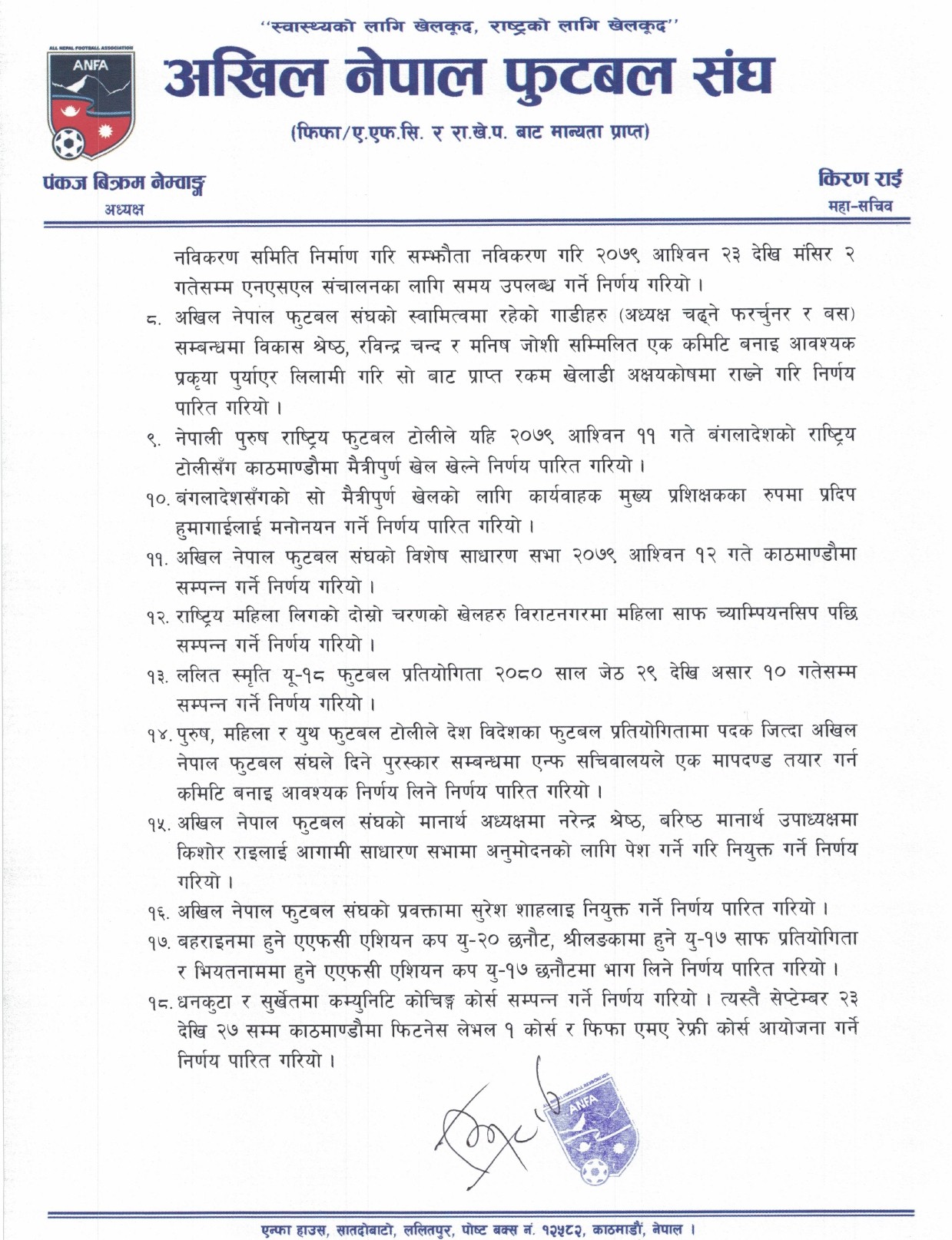 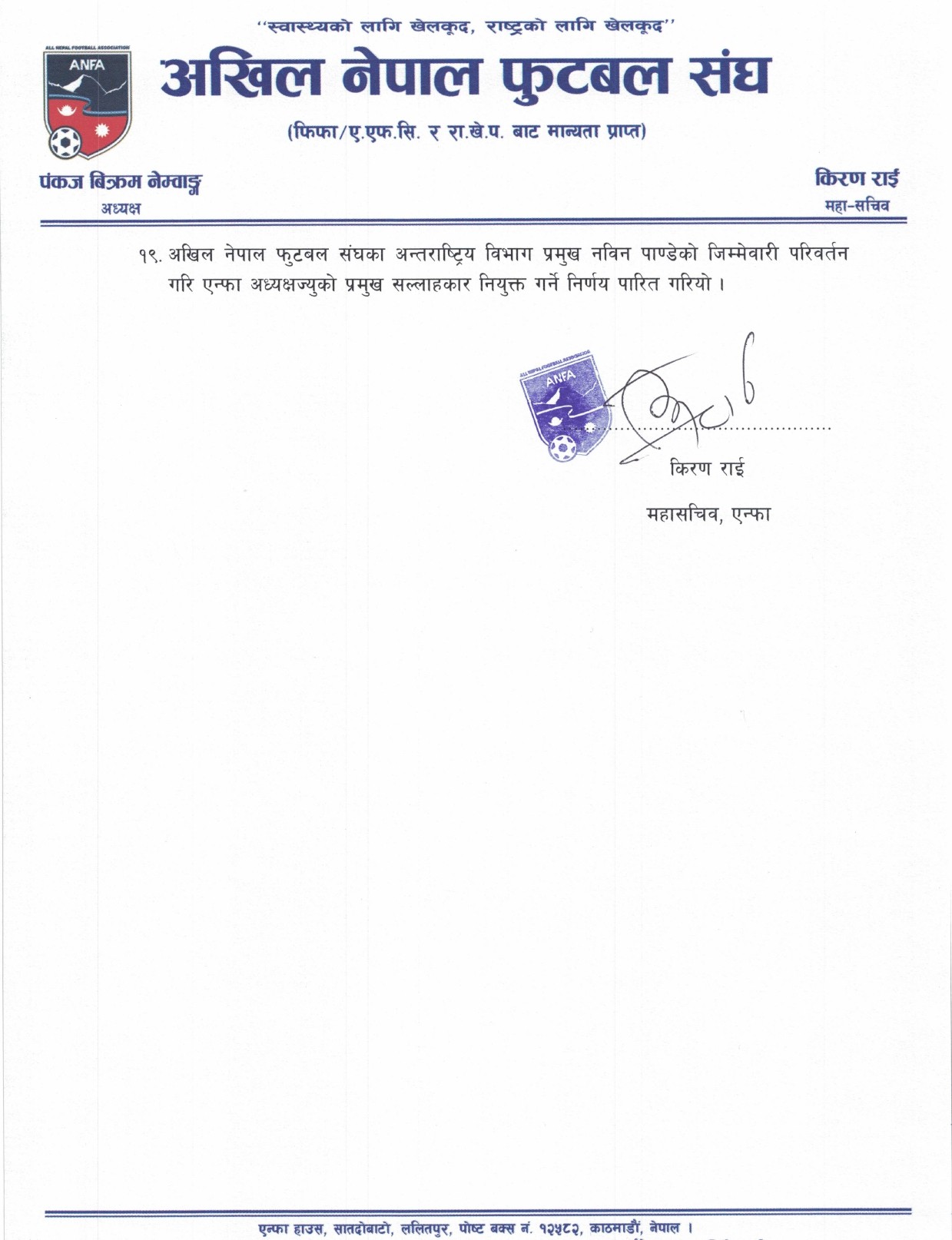