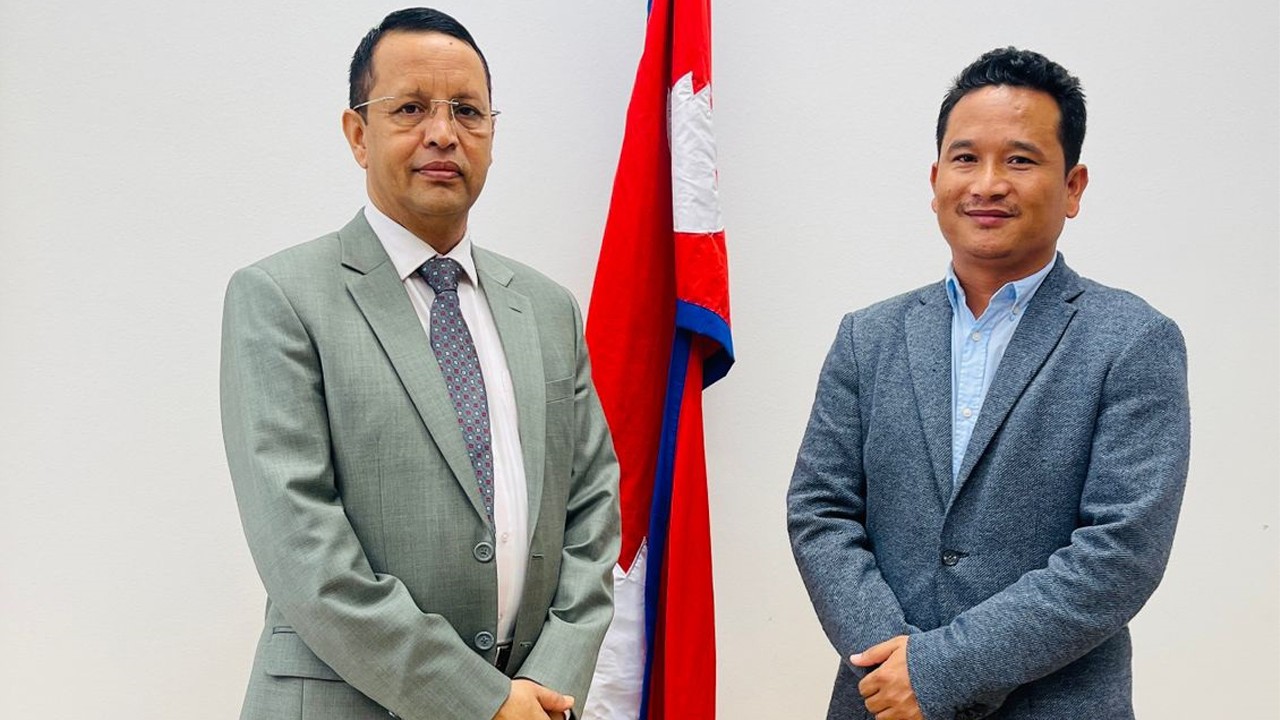 During the half an hour discussion, Lama briefed ambassador Regmi about the footballing activities in Nepal. "I told him Nepal is hosting the SAFF Women's Championship from September 6 in Kathmandu and the upcoming friendly against Bangladesh on September 27," Lama said over the phone.

Lama said the ambassador was delighted to meet someone from Nepali football fraternity. "He said it might be the first time any person from Nepal discussed footballing matter with him," said Lama.

Regmi assured his help to Nepali football from his capacity. "He said he would discuss the issue with the government upon his return to Nepal," Lama said.