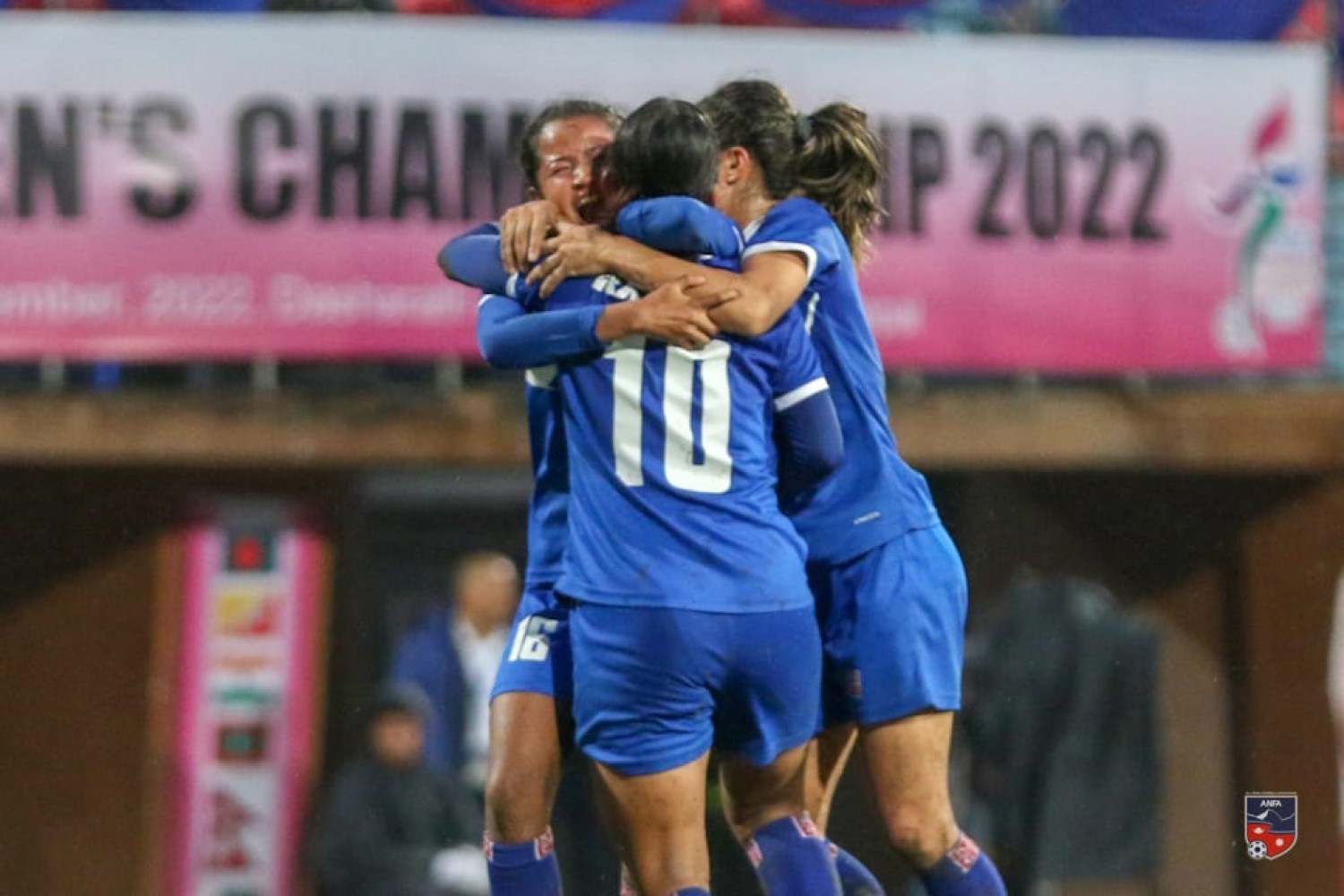 The goal in the added minutes of first half helped Nepal win their first ever match over India in the regional competition.

Nepal were dominant throughout the game but lacked the finishing edge upfront.

Preeti Rai's shot in the 33rd minute sailed few meters above the bar.

Rai shot few inches from the upright in the second half.

India also had some moments to bring the match level but saw their chances go to waste.

Bangladesh's 8-0 victory over Bhutan in the other semi-final means SAFF Women's Championship will get a new champion. India have won all the previous editions of the competition.

It is also the first time India has failed to reach the competition final.