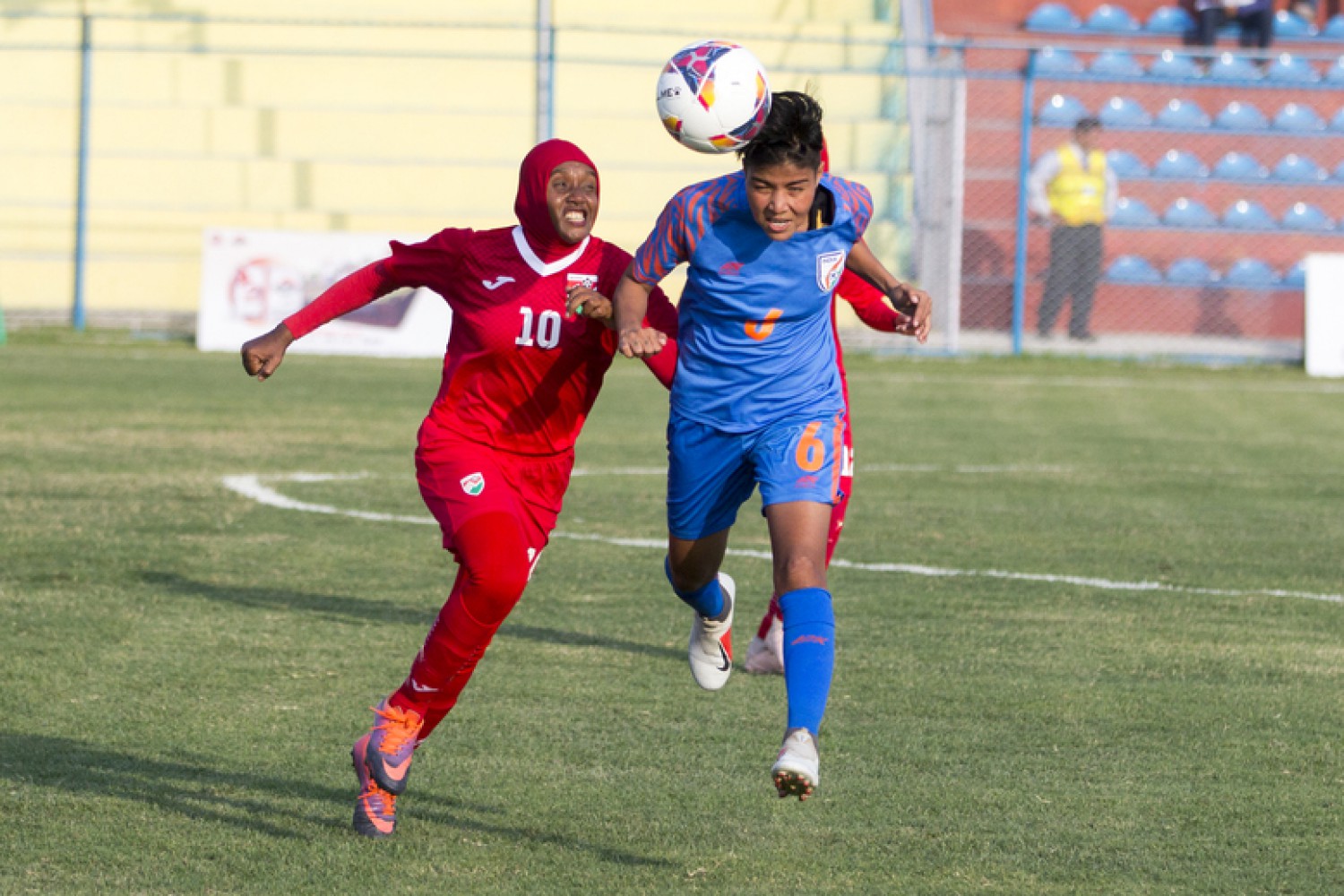 March 13, 2019 - SANJU hit a brace as India thrashed Maldives 6-0 at the Sahid Rangashala, Biratnagar in the SAFF Women’s Championship 2019.

Sandhiya Ranganathan, who was left unmarked inside the box found the net as she doubled the lead for India in the 13th minute.

The Indian team were irresistible and raced into a 4-0 lead after just 27 minutes.

Maldives completely failed to cope with India’s attacking movement and passing’s while India relaxed with the margin.

In the second half, Maldives offered more fight but SANJU effectively killed the match in the 90th minute with her second and teams sixth goal.