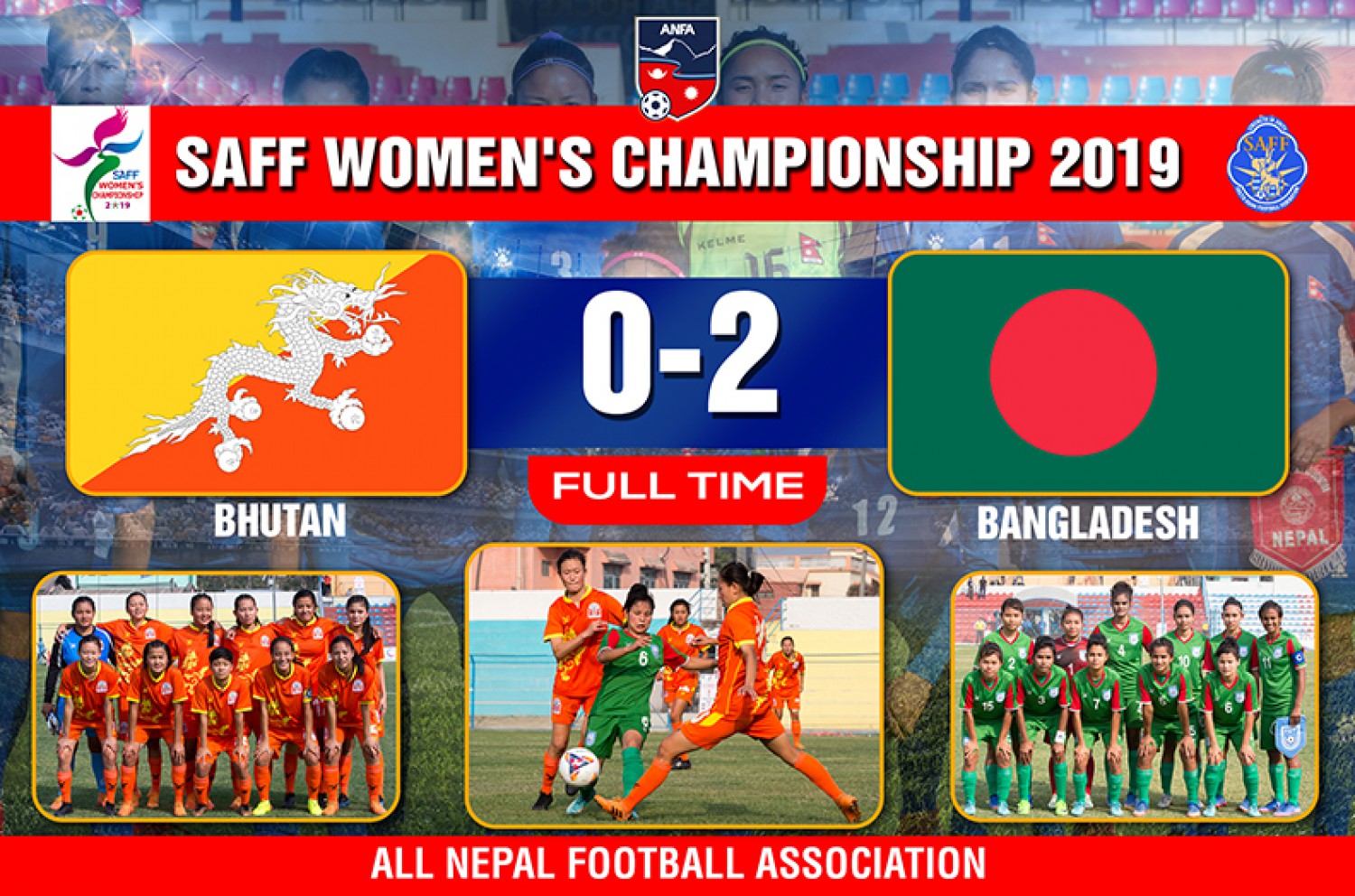 March 14, 2019 (Biratnagar)- Bangladesh defeated Bhutan 2-0 as they success to enter semifinals of the SAFF Championship 2019 being held at the Sahid Rangashala, Biratnagar today.

Bangladesh had a knack for scoring as the second half surges a key to their victory.

After losing their first match against Nepal, Bhutan Women’s team defense rebounded in a big way against Bangladesh on Thursday.

Bhutan rejuvenated defense gave up a couple of huge plays to end up goalless first half.

Bangladesh were the better side in the match with an overwhelming possession and more shots on target, where Bhutan had to do a lot of defending.

Bhutan had few neat moves but lost the ball often while their goalie Sangita Mongar was busier than her Bangladeshi counterpart Rupna Chakma.

After their early defensive surge, however, cracks started to appear in the second half seeing Bangladesh open an account in the 46th minute.

The second goal for Bangladesh came in 85th minute with their Skipper Sabina Khatun.

The win for Bangladesh means, they now secure the semifinal berth with hosts Nepal from Group ‘A’.