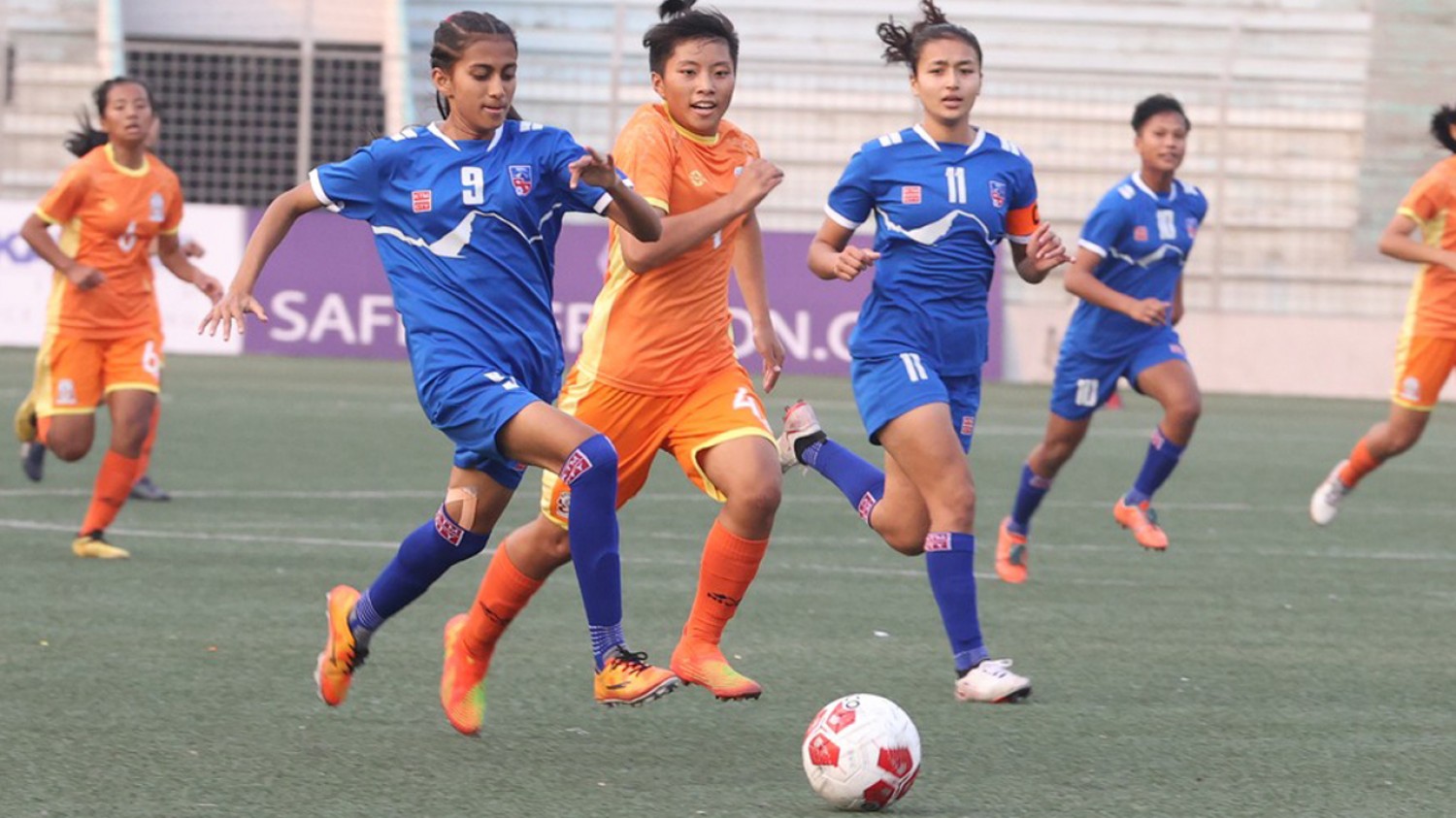 Four from Barsha Oli, brace from Sukriya Miya and a single from Senu Pariyar helped Nepal to a thumping 7-0 victory over Bhutan in the SAFF U-15 Women's Championship in Dhaka on Thursday.

Oli scored her four goals in the first half before Miya and Pariyar added three more goals in the second half in a dominating display at Shipahi Mostafa kamal Stadium in Dhaka.

Nepal, Bhutan and Bangladesh are taking part in the competition which began from November 1.

Nepal will now play their second match of the competition against Bangladesh on Saturday.