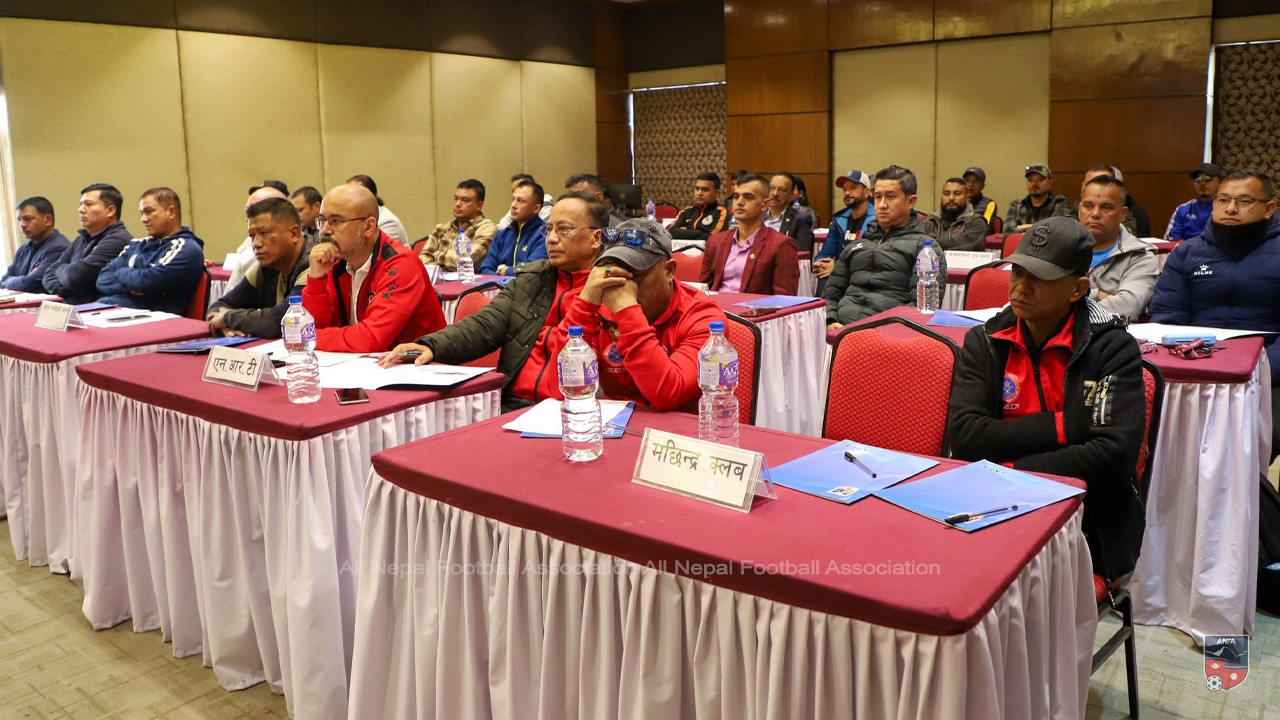 All Nepal Football Association (ANFA) on Monday held a workshop with A division clubs regarding the upcoming Martyr's Memorial 'A' Division League.

ANFA and clubs agreed to begin the league from January 10. The league will be played in double round robin format.

The prize money, however, remains unchanged. The winner of the league will receive Rs 7.5 million followed by Rs 5 million to runner-up and Rs 2.5 million to second runner-up.

Cash prize for Fair Play Award has also been increased by Rs 100,000 to Rs 300,000. The highest scorer and Best Goalkeeper will also receive Rs 200,000 each and the prize money for Most Valuable Player remains unchanged at Rs 300,000.

Various presentations regarding on club licensing, marketing, competition matters, accounting were made to the clubs in the workshop.