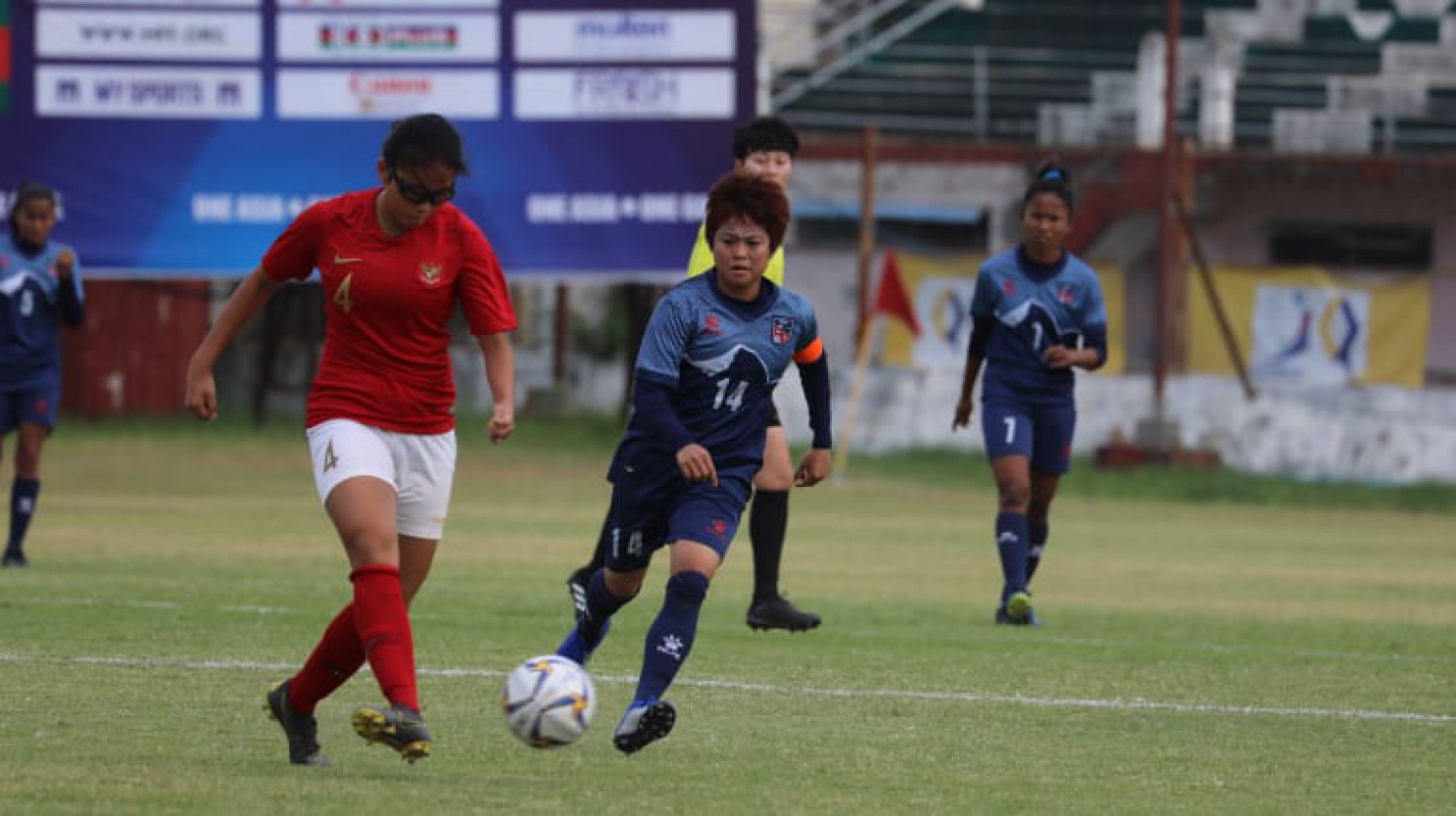 Sabitra Bhandari put Nepal in front in the first half and then scored a brilliant winner minutes before the final whistle.

The win mean, Nepal only earned their first points of Round 2.

Nepal and Indonesia both teams were already eliminated after two successive losses in their previous matches against hosts Myanmar and India.

Indonesia played the vast majority of the match with 10 players after goalkeeper Riska Julianti was sent off in the eighth minute, but they still hit back to level through Baiq Amiatun Shalihah who made it 1-1 in the 47th minute.

However, just as it looked like Indonesia might hold on for an unlikely point, Bhandari popped up in the 89th minute to score her second, and give Nepal something to smile about at the end of their campaign.