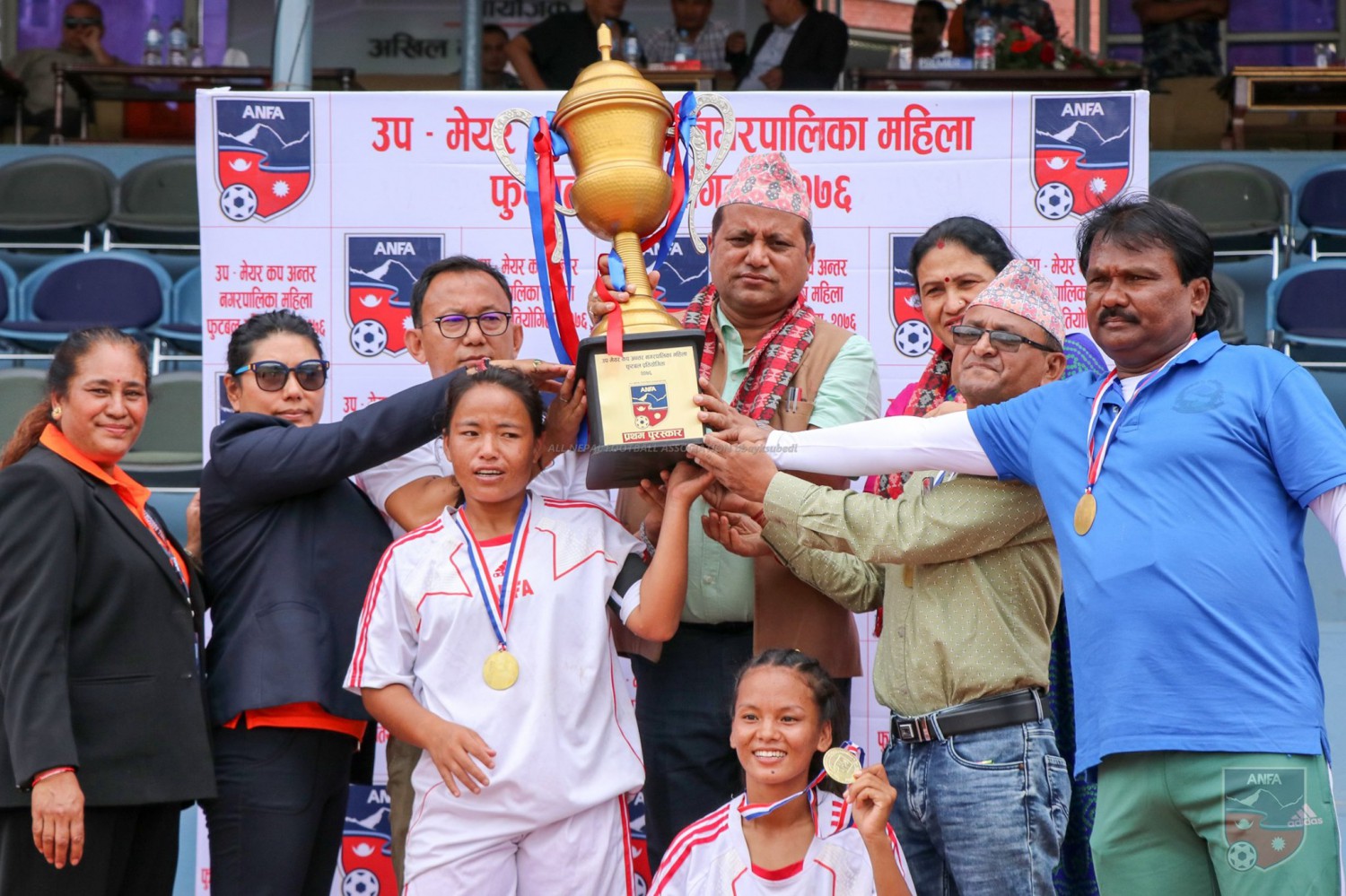 The final match was pushed to tiebreaker after both teams failed to break a 1-1 goal deadlock in the regulation time.

Rekha Poudel, Ima Rai, Bidhya Rana and Manmaya Limbu scored for Biratnagar in the tiebreaker, while Rubina Pahari only netted for Barhabise.

Samjhana Lawati had earlier provided lead to Barhabise in the 27th minute.

Jamuna Magar then leveled the score for Biratnagar in the 47th minute.