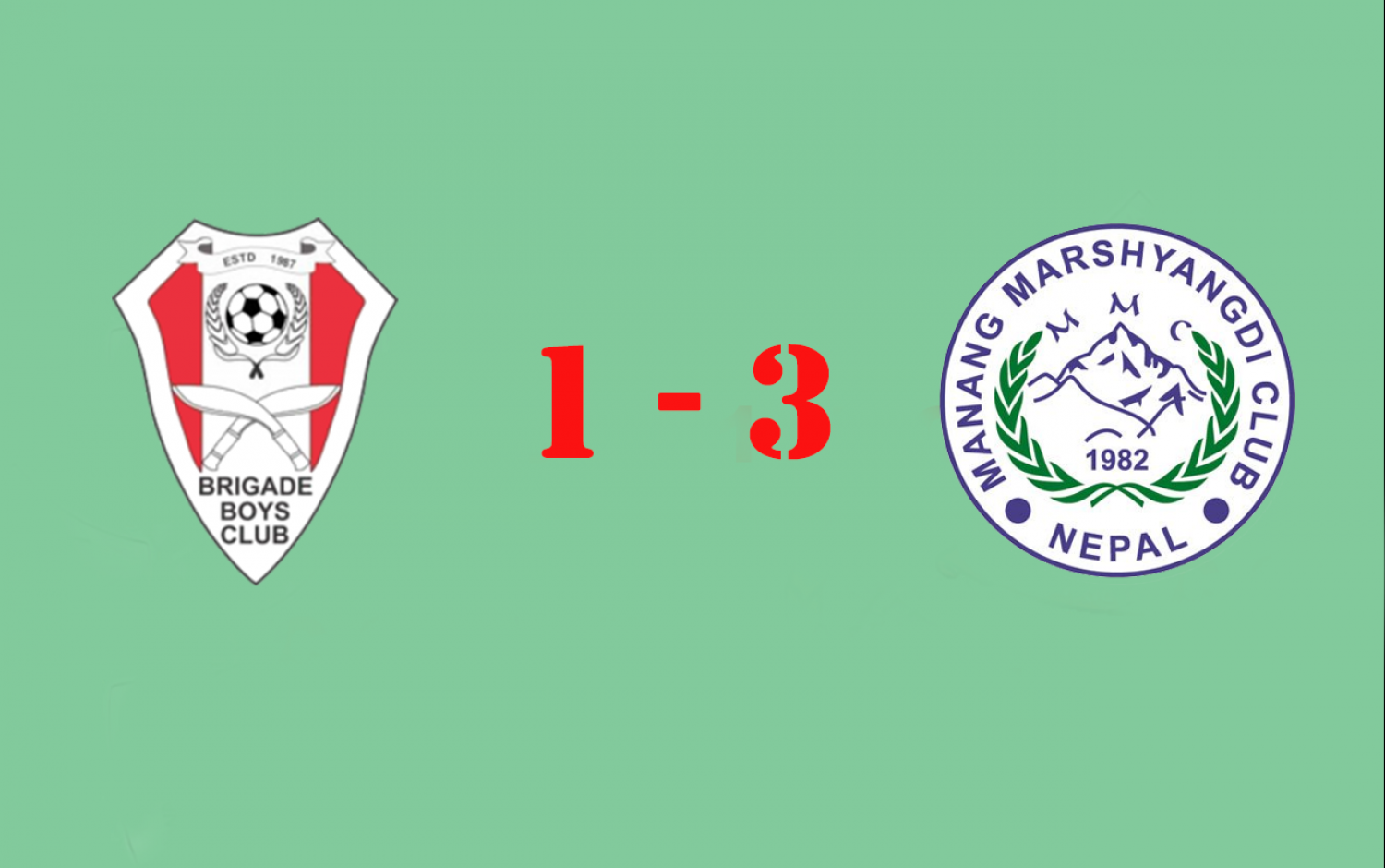 The match between Signature Manang Marsyangdi Club(MMC) , Defending Champion and Brigade Boys Club(BBC) who has just stepped up into A Division in Pulsar 'Martyr's Memorial A Division League' was by far one of the most intense match in this league. Rajat Tiwari took the lead for BBC by scoring a fantastic long range goal in 28th minute. Then the game was more intense and Heman Gurung scored deflected shot for MMC in the 1st minute into second half to make the score draw. Then Afeez Olawale for MMC who was the most fantastic player of the match scored and the score became 2-1. Frequent shots were attempted by both teams and the game went into 8 minutes of additional time. Again Afeez Olawale scored another goal for MMC in 90+3 minutes to make the final score of the match MMC 3-1 BBC. Needless to say, Afeez was awarded with the title of Man Of The Match for his heroic performance throughout the match.