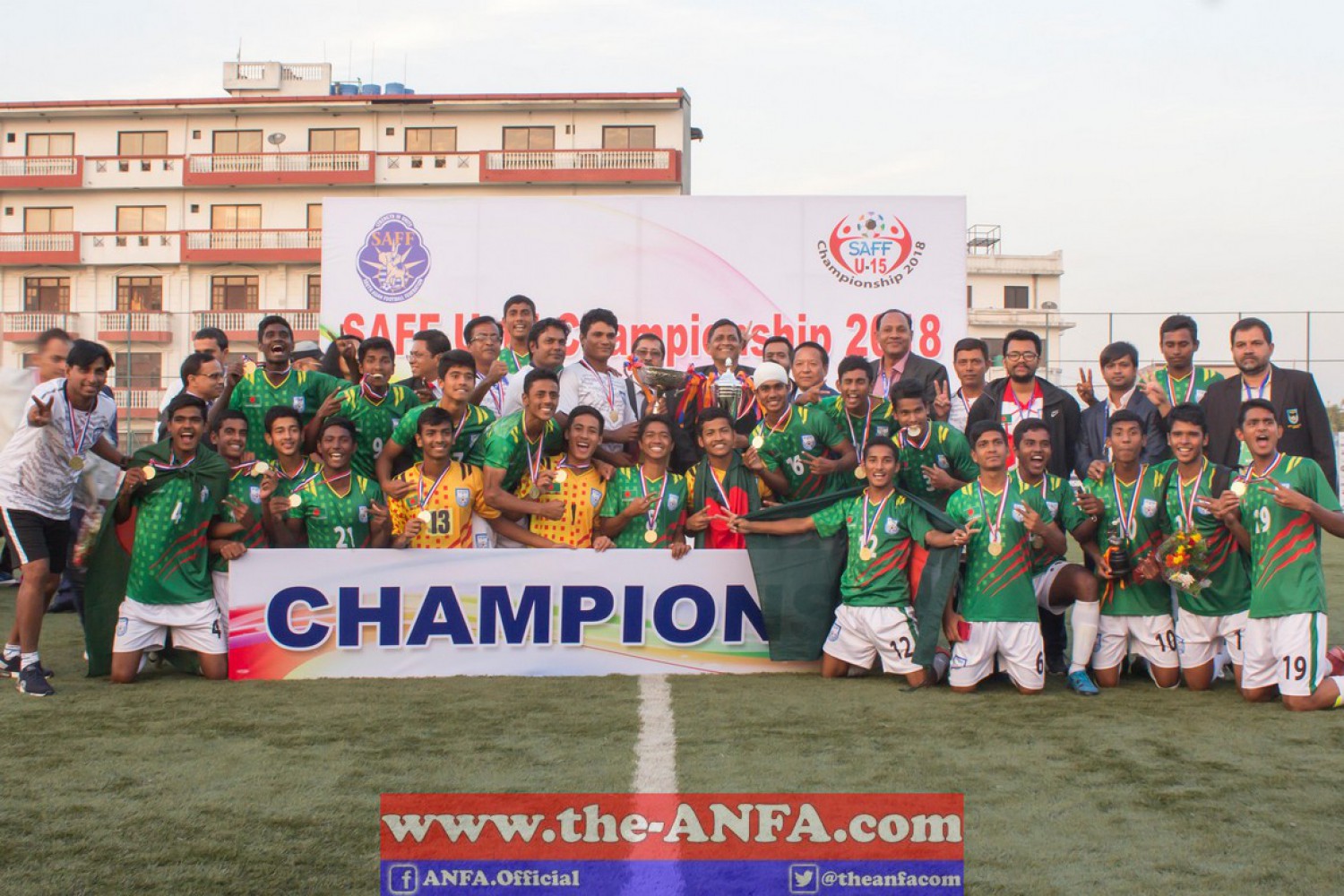 November 3, 2018 - Bangladesh defeated Pakistan 3-2 on penalty shootout as they lift the title of the SAFF U15 Championship 2018 at the ANFA Complex, Satdobato today. The match was decided through spot kick after the both teams played a 1-1 draw till the regulation time. Pakistan Skipper HASEEB AHMED KHAN in 25th minute scored into own post as Bangladesh took the lead. Pakistan found a leveler in the 55th minute through MOHOB ULLAH. ULLAH converted a spot kick chance awarded after Bangaldesh defender pulled down Pakistani player inside the box. Meanwhile, India finished the championship in third position after they registered a 1-0 win over hosts Nepal in the early third place match of the day. THLACHEU VANLALRUATFELA scored the winner for India in the 18th minute. MD NIHAT JAMAN UCCHASH was awarded the highest scorer of the championship while Pakistani Skipper HASEEB AHMED KHAN was adjudged the Most Valuable Player of the tournament. UCCHASH scored four goals in total in the championship.