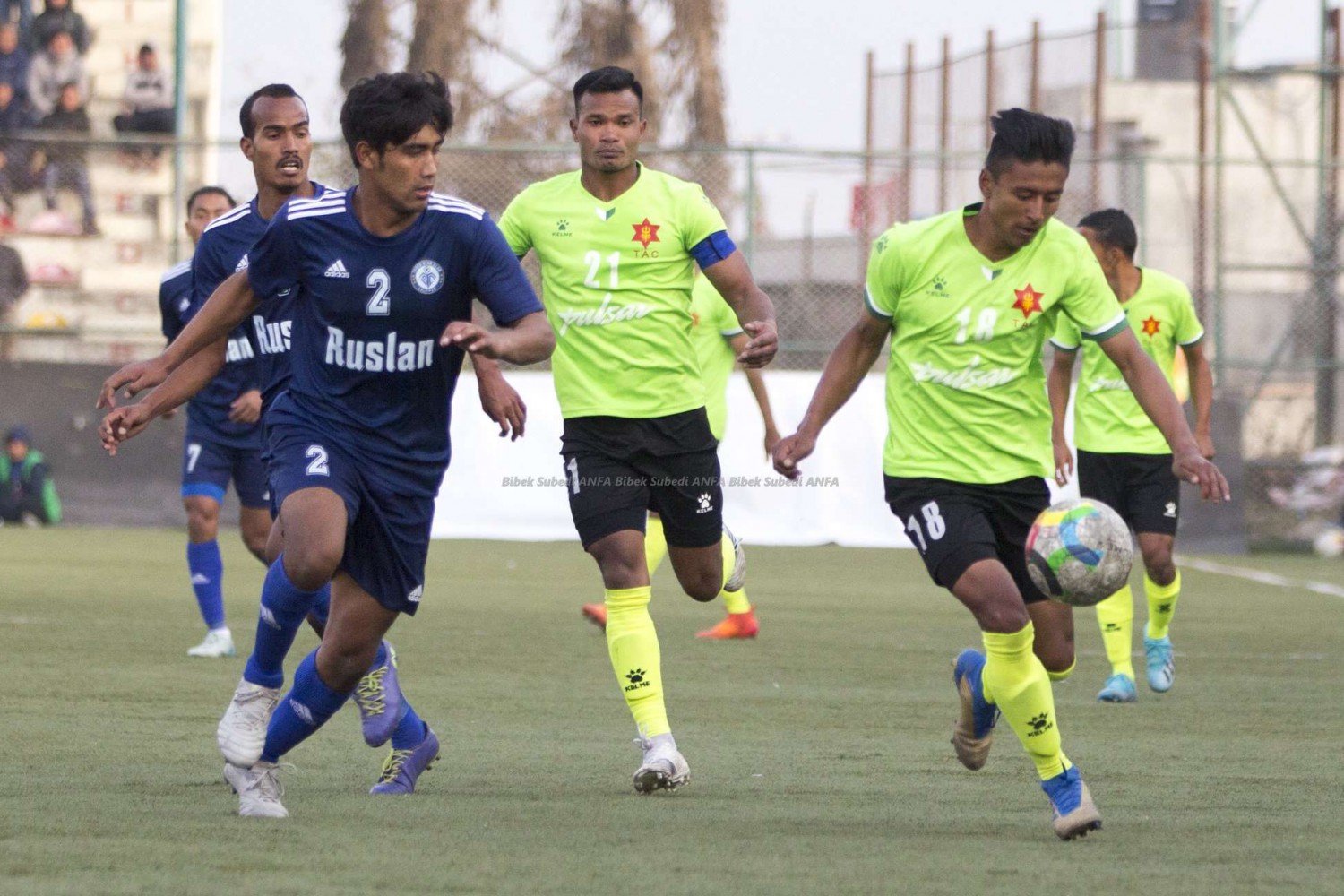 Both the teams looked strong at the beginning of the game with many shot attempts. First half was a stalemate with both team trying there best to take a lead. The stalemate was broken in second half after a splendid goal by Nawayug Shrestha for TAC at 54th minute. A cross from the team captain Bharat Khawas inside the box to which Nawayug volleyed into the goal. Goalscorer Nawayug was later shown a yellow card for his celebration as he took off his shirt. The lead was extended by TAC at 79th minute through a freekick goal by Santosh Tamang. A foul by Ashok Khawas of TSC gave TAC the freekick. Santosh took the freekick from the left wing position to gracefully score the ball into the top right corner of the post.

TSC had a chance to decrease the gap at the end of the match when a handball by Bikash Tamang (TAC) inside the box gave them a penalty. But Rupesh KC of TSC ,who took the penalty, could not utilize this chance to their benefit as it was saved by the TAC keeper Bikesh Kuthu. Santosh Tamang of TAC was awarded the Kelme Man of the match for his overall performance in the match.