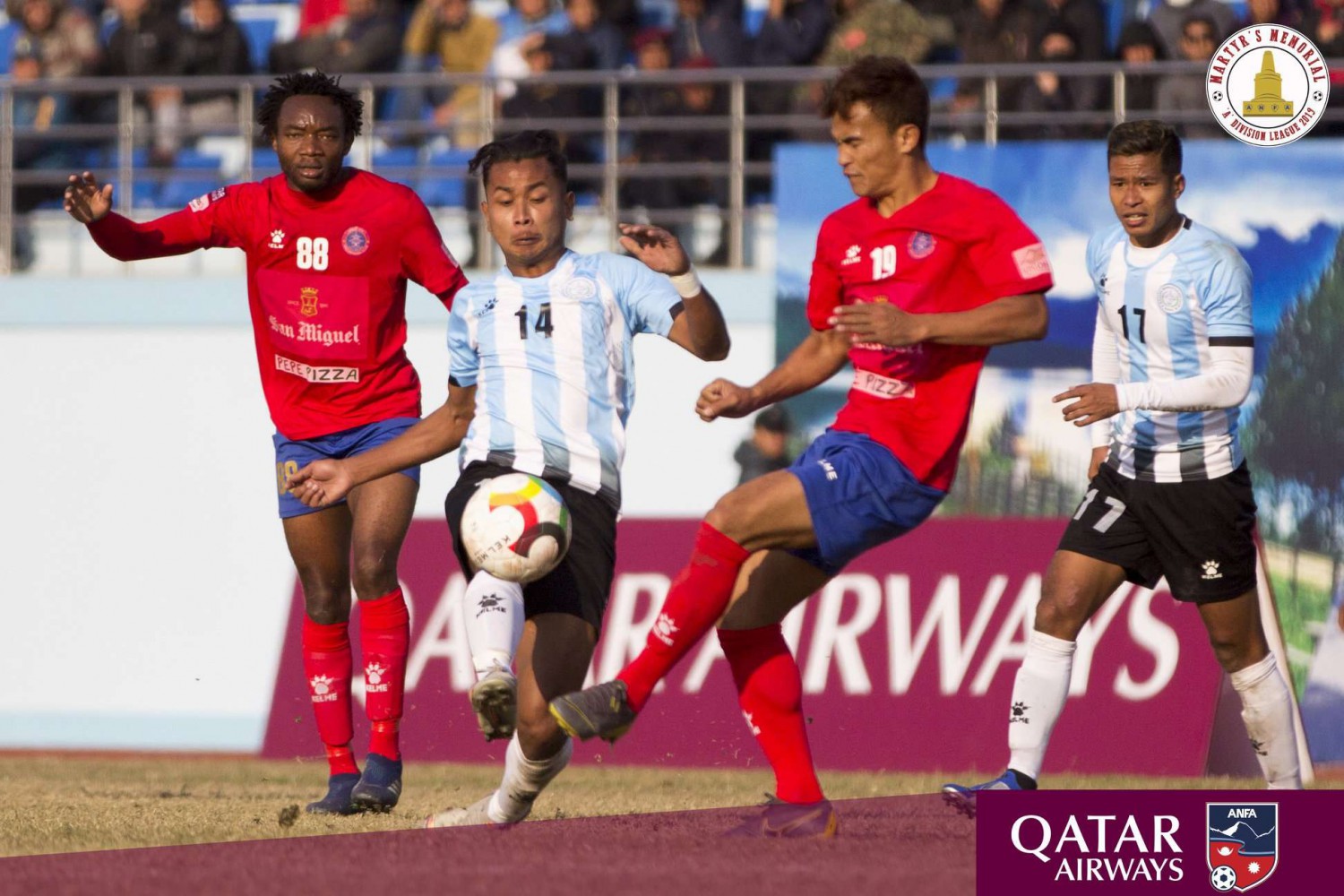 Manang Marshyangdi Club and Machindra Club had to share a point in a 2-2 draw game in the ongoing Qatar Airways Martyrs' Memorial 'A' Division League at Dasarath Stadium on Monday.

The thrilling match ended with a clash between the players. MC were surprised with an early goal by MMC in the 2nd minute. MMC forward Femi Joshua Adewumi headed in an accurate cross from Anjan Shretha giving them the early lead. Though MC played well, they could not score a goal and so were behind one goal in the first half. Second half started identical to the first but this time MC scoring at the 46th minute. The equalizer came from Sujal Shrestha who calmly scored a goal to a nice pass from Somide Oluwawunmi.

But then MC took the lead at 81st minute after a blunder by MMC defence. The goal was a header by Somide Oluwawunmi. But the lead was shortlived when MMC equalized two minutes before the regulation time. Bimal Rana converted the left corner taken by Jagjeet Shrestha into the the net to cheer up the MMC fans in the stadium.

The match had a bad end to it when team members from both the team clashed. Security officials and policemen had to come into the field to sort the mess. The staduim was in turmoil. Referee took charge and gave the bench player Ashok Baral red card for the mess that was created.

Kelme Man of the match award for this game was presented to Somide Oluwawunmi of MC for his goal as well as his overall performance in the match.