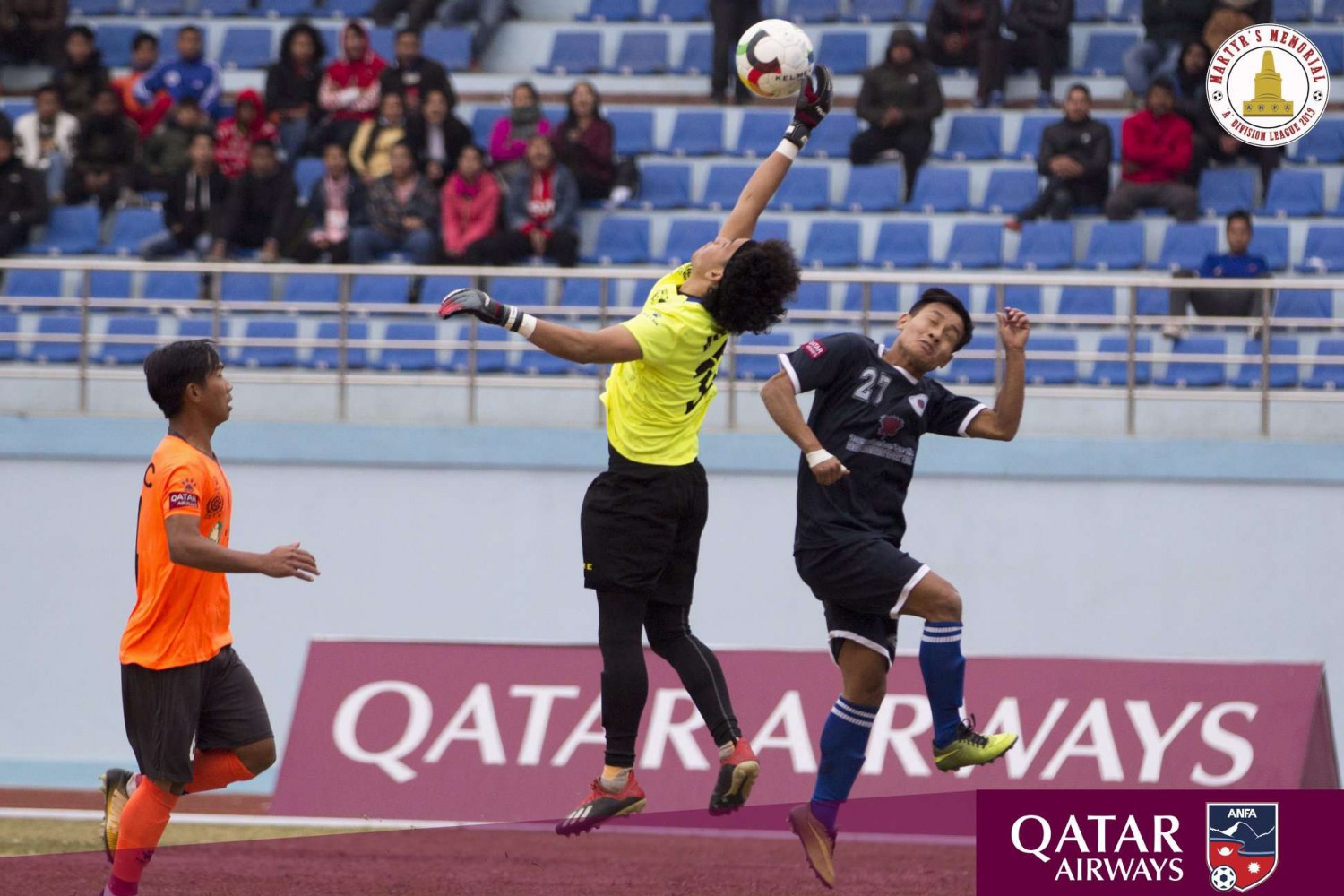 Friends Club and Himalayan Sherpa Club played a goalless draw at Dasrath Stadium in the fifth round of ongoing Qatar Airways Martyrs' Memorial 'A' Division League on Tuesday.

The match was a slow game with both teams unable to hold their possession. Friends Club had a chance in 43rd minute when Uttam Rai missed a clear shot from front of the post inside the penalty area. His shot went right over the crossbar. Himalayan Sherpa Club missed the chance to get a late winner when a pass from Tredev Gurung found Bhison Gurung just in the penalty spot. But Bhison's volley went over the post.

Kelme Man of the Match was awarded to Ulrich Siwe of HSC. The match action, statistics ans summary are available at the given link: https://the-anfa.com/live-commentary?id=184