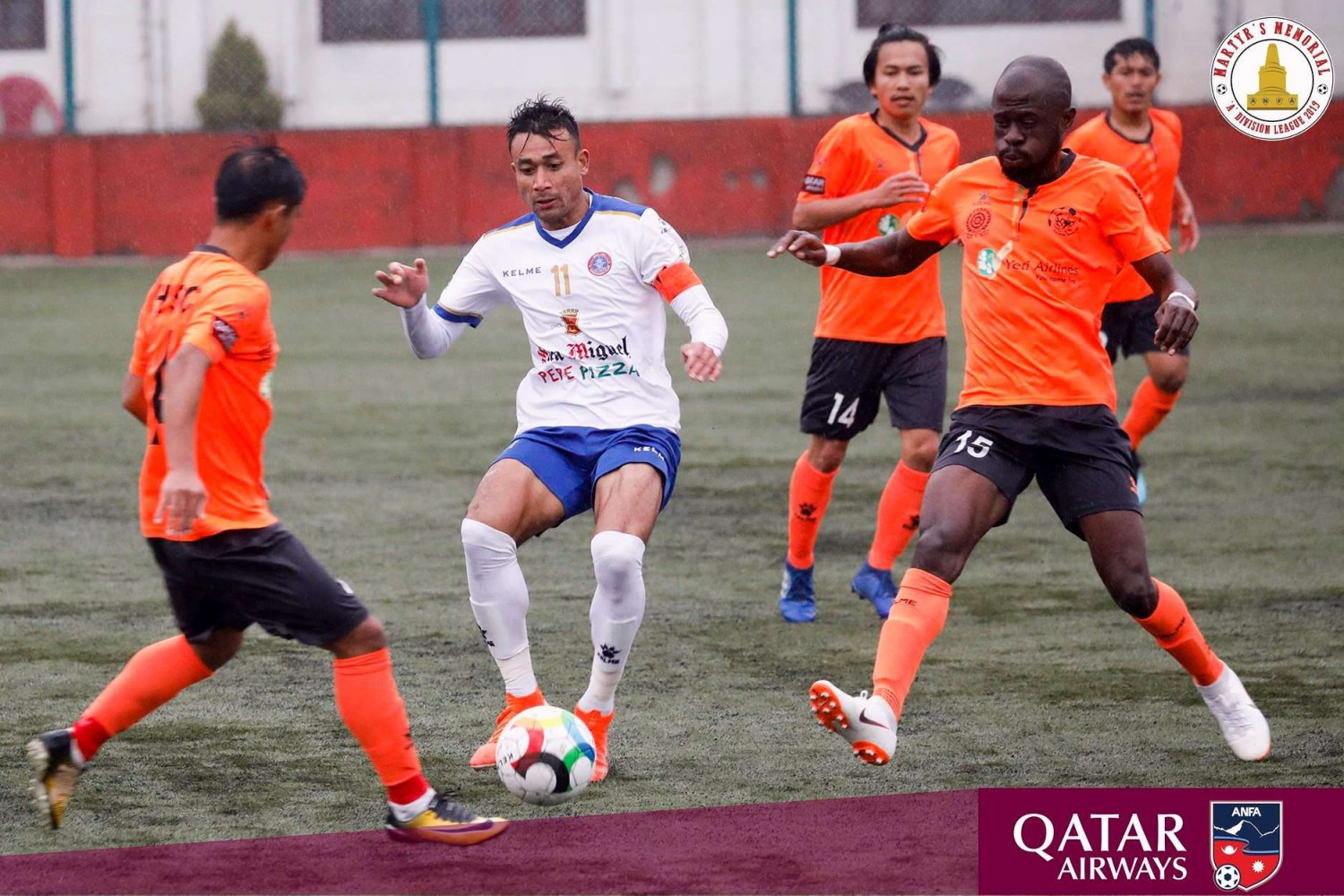 Himalayan Sherpa Club recorded their first victory of the season with a 2-0 success against Machhindra Club in the first match of seventh round of ongoing Qatar Airways Martyr's Memorial 'A' Division League at ANFA complex, Satdobato on Friday.

The game in the cold rainy afternoon started with probably the fastest goal of the season. HSC took the lead in the first minute with an own goal by MC's defender Peter Segun. Segun tried to clear the ball with a header but the ball went into the bottom right corner of the post. HSC extended their lead with a goal again at 20th minute. Bijay Shrestha headed in the ball from Niraj Basnet's free kick into the left side of the post. Second half of the game gave MC fair amount of chances to score but luck was just not by their side. MC had two shots at 67th minute but HSC keeper Kishor Giri saved both the shots from MC's Abhishek Rijal and Rejin Subba.

Goal Scorer Bijay Shrestha of HSC was awarded the Kelme Man of the Match award for his brilliant header goal and overall performance in the game.