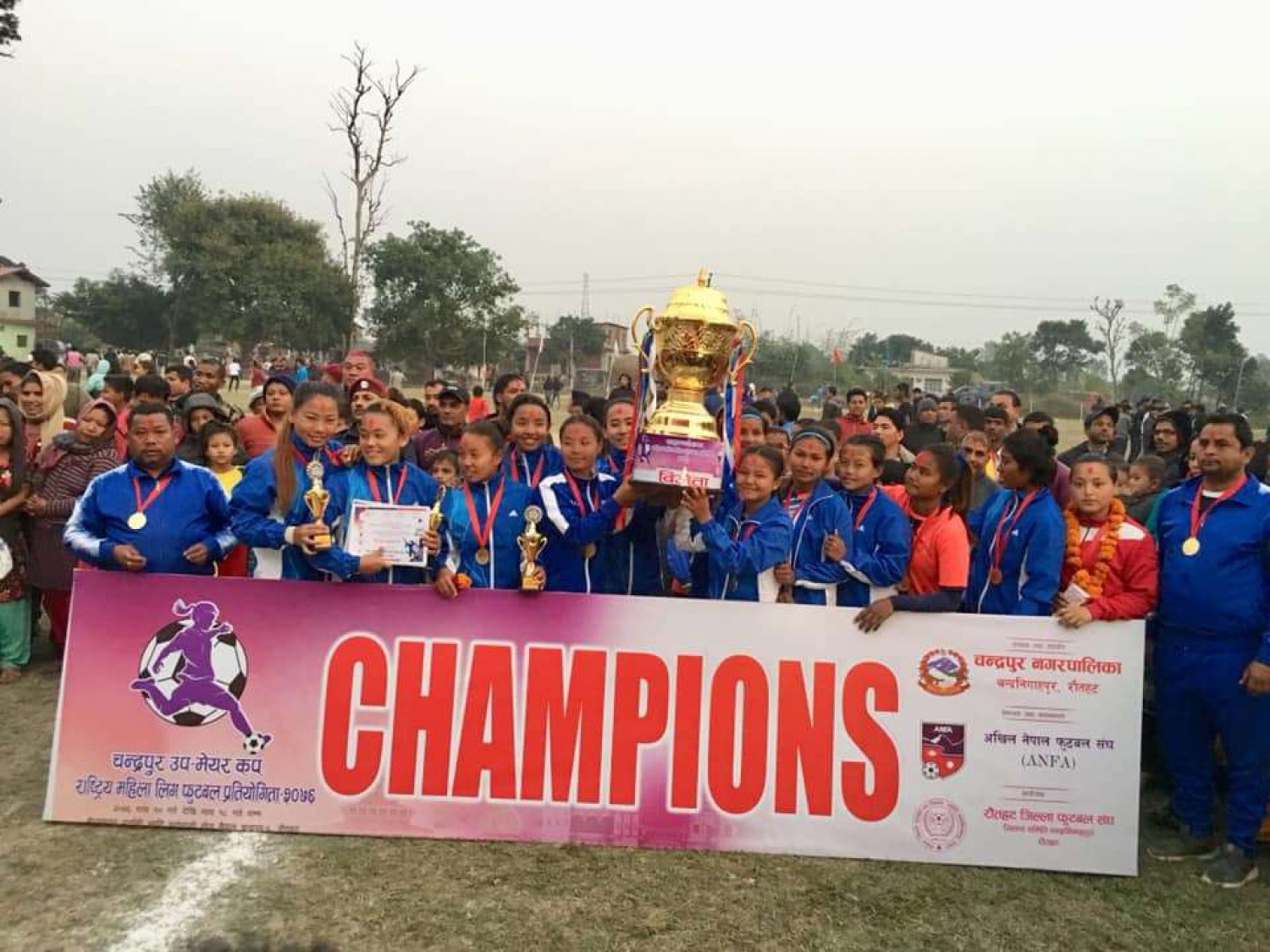 In the finals, Chandrapur defeated Waling Municipality in penalty shootout. The match was decided through penalty shootout after both the teams played goalless draw in the regulation time.

Rajani Thokar was adjudged the Best Player Award of the tournament and received scooter.

Players from each individual awards were awarded with Rs. 15, 000 cash.