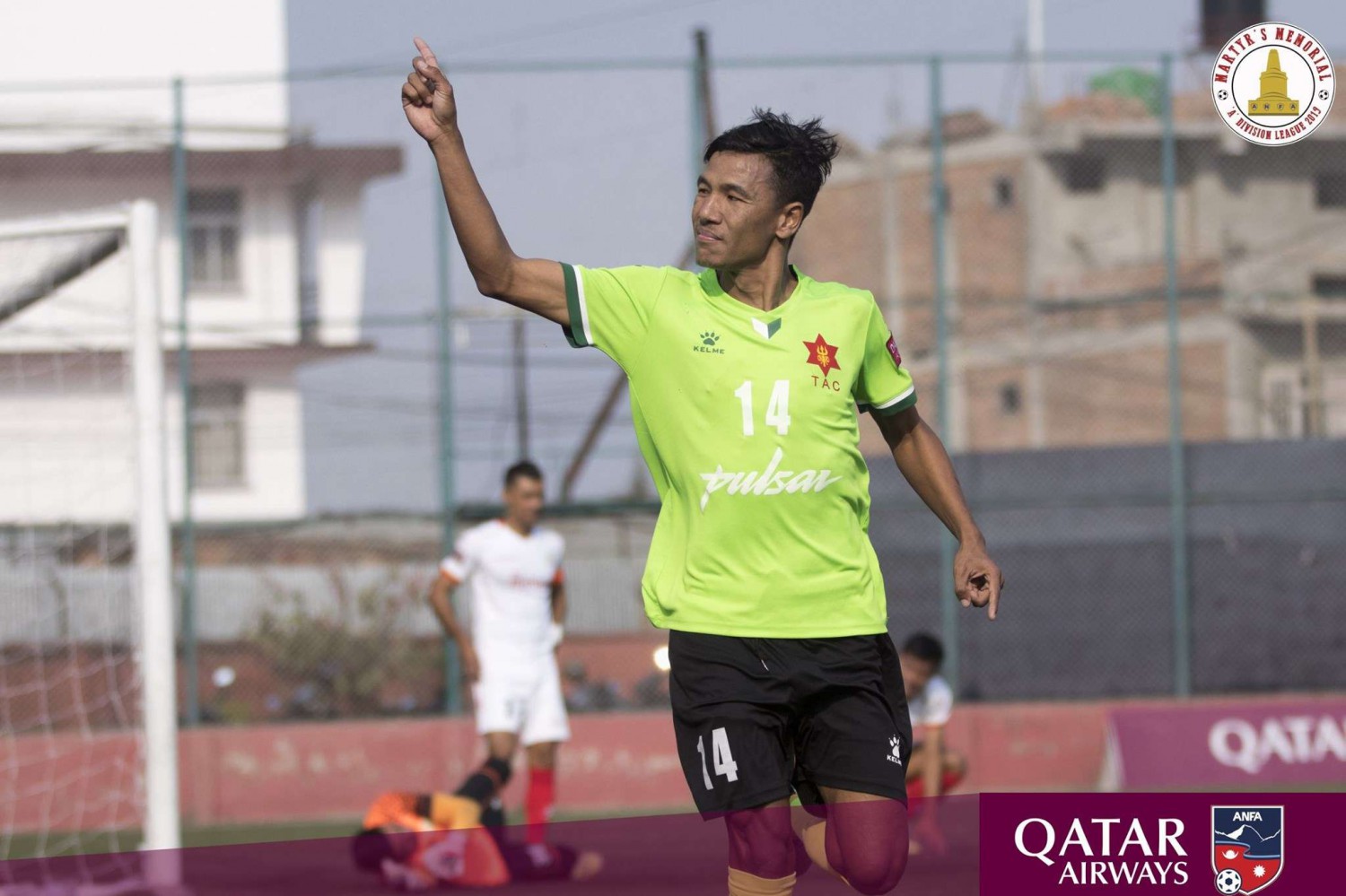 Though APF's side adopted better ball possession in the beginning stages of the game, they were not able to defend Army's side as Army opened up at 16th minute. Ramesh Dangal's foul on Bharat Khawas inside the box cost APF an early penalty. Santosh Tamang's penalty was initially saved by Raju Yogi but he took the rebound and made no mistake this time. Later on, APF's forward Ashish Lama leveled the score with his right footed shot to the top corner. Ramesh Dangal provided him a good header assist on 37th minute of the game. Just after few minutes of Ashish's goal. TAC's attacker Santosh Tamang added one more to maintain their lead back in the game when he scored a brilliant free kick goal at 41st minute.

With the win, TAC climbed back to the first spot with glorious 26 points while SYC remains at the bottom with only 4 points. TAC's Santosh Tamang was adjudged Kelme man of the match award for his heroic performance.