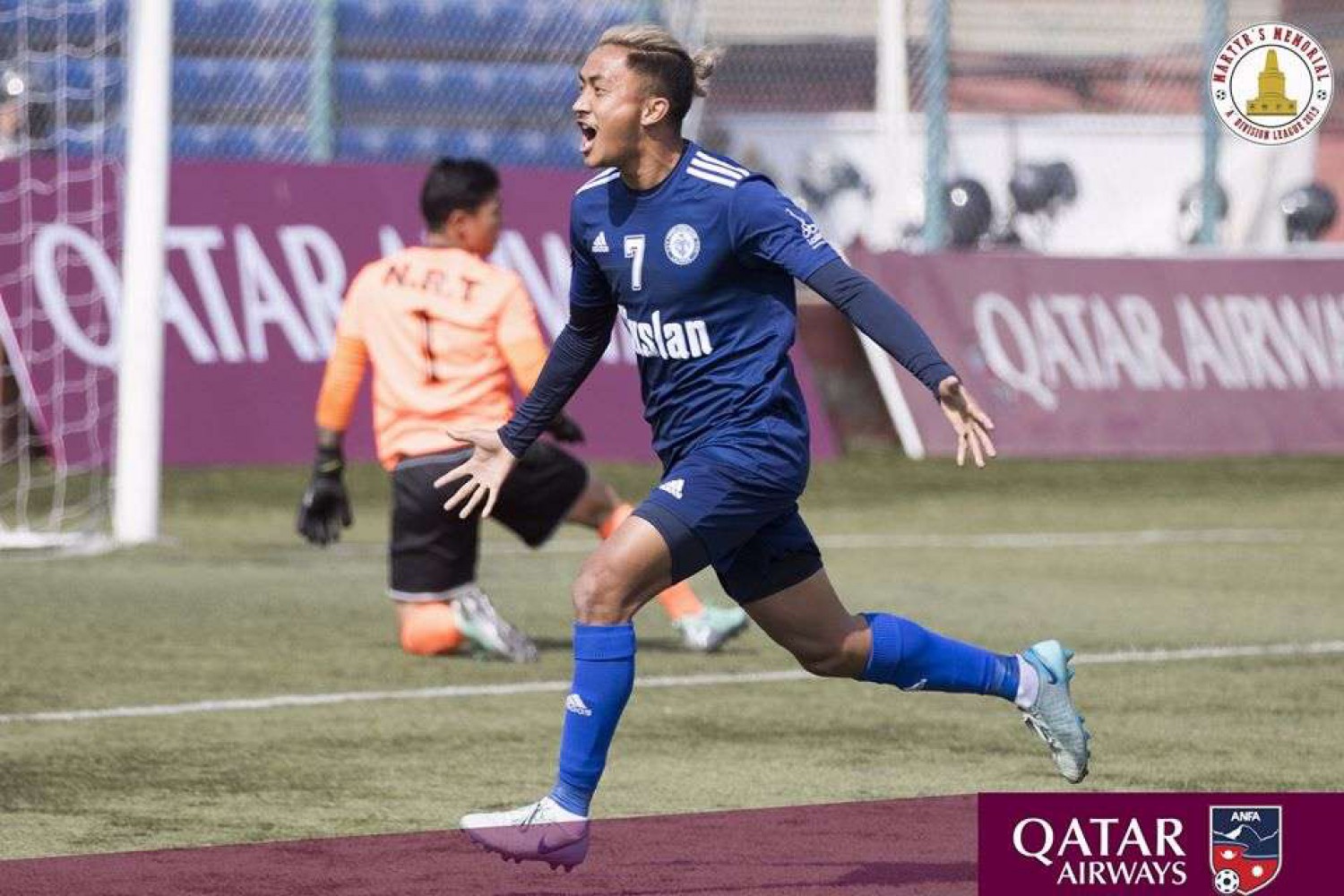 The race for top three is escalating as the closing round of Qatar Airways Martyr’s Memorial “A” Division League 2019/20 is approaching. Dipesh Ghale’s second half winner kept Ruslan Three Star’s hope for top 3 alive as they clinch a narrow 1-0 victory against New Road Team on Tuesday.

Dipesh Ghale came off the bench and netted his side a wonderful goal at 77th minute. Ghale, on Mikchhen Tamang’s pass, took a clever turn and fired away thunderous shot from the edge of the box. New Road, on the other hand, created numbers of good chances but the strong Ruslan Three Star defending and Guillaume Priso’s marvelous goal keeping sealed the win for their side. Priso later bagged Kelme Man of the Match award for his amazing performance and keeping the clean sheet.

With the result, Ruslan Three Star promoted to the third position with 23 points. Chasing behind is NOC Manang Marshyangdi with 22 points and a game in hand. New Road made it to eight with 15 points.