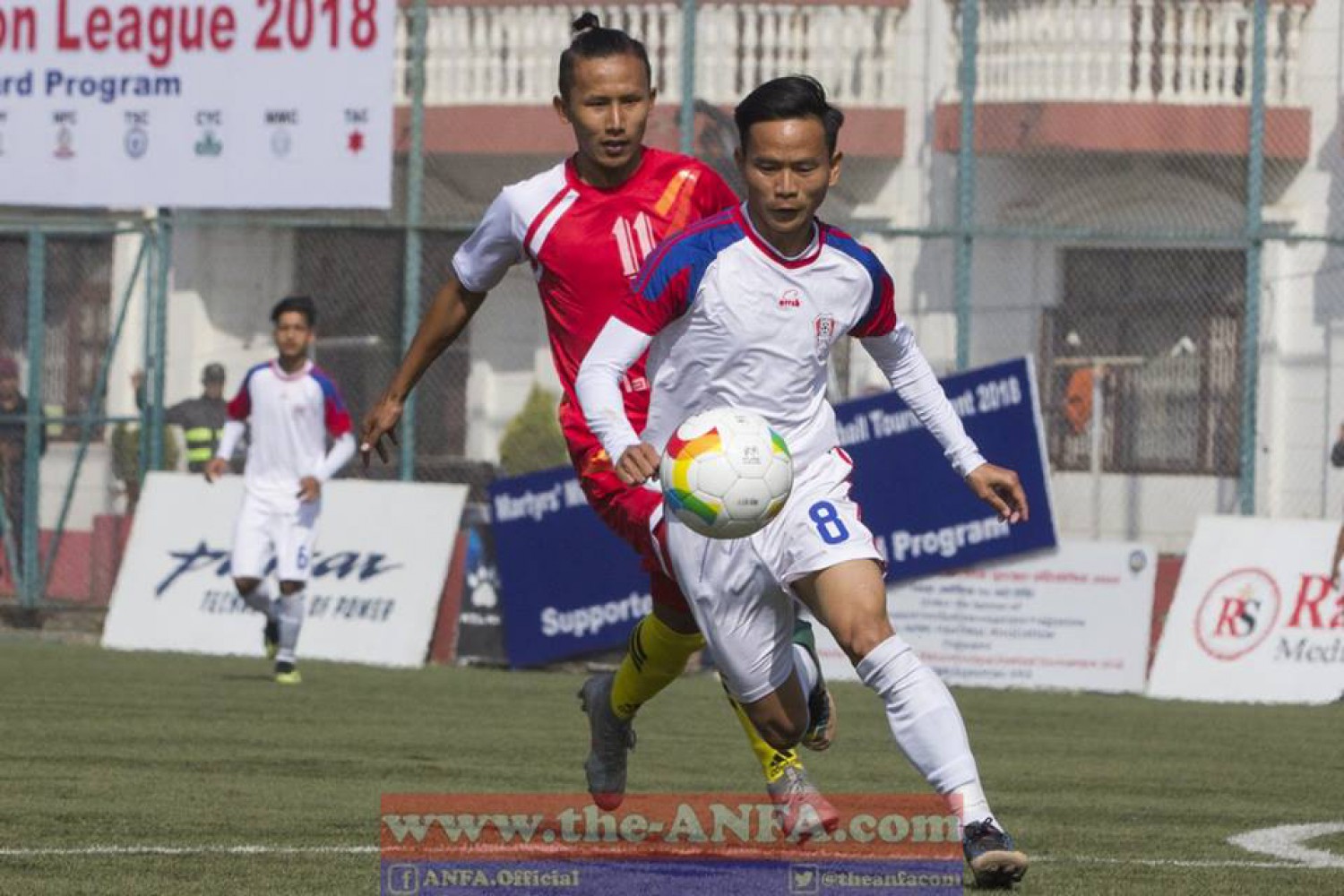 Martyr's Memorial A-division league between Brigade Boys Club(BBC) and Mahindra Armed Police Force (APF) was interesting.The newly entered team (BBC) showed good courage and dedication to secure the first 3 points of the league.Though APF succeeded to net in first, It failed to keep the score till the last minute. Foriegn players from BBC worked well to win the match. BBC won the match greatly.Manoj Rai was awarded man of the match award for his heroic performance. BBC 3-1 APF.