Back in June, 2019, Nepali national football team had gone six games without scoring. The national team had failed to find the net since their 2-0 victory against hosts Bangladesh in the 2018 SAFF Championship. Nepal's next match was a friendly match against much superior Chinese Taipei, ranked 125th, 36 spots above in the world rankings.

The match against Chinese Taipei ended 1-1. The final scoreline meant Nepali side finally scored after a little over 600 minutes. But ending that goal drought was not only what that goal will be remembered for. It was that goal, which helped Nepal unearth a new and a promising football talent. That talent was Abhishek Rijal. 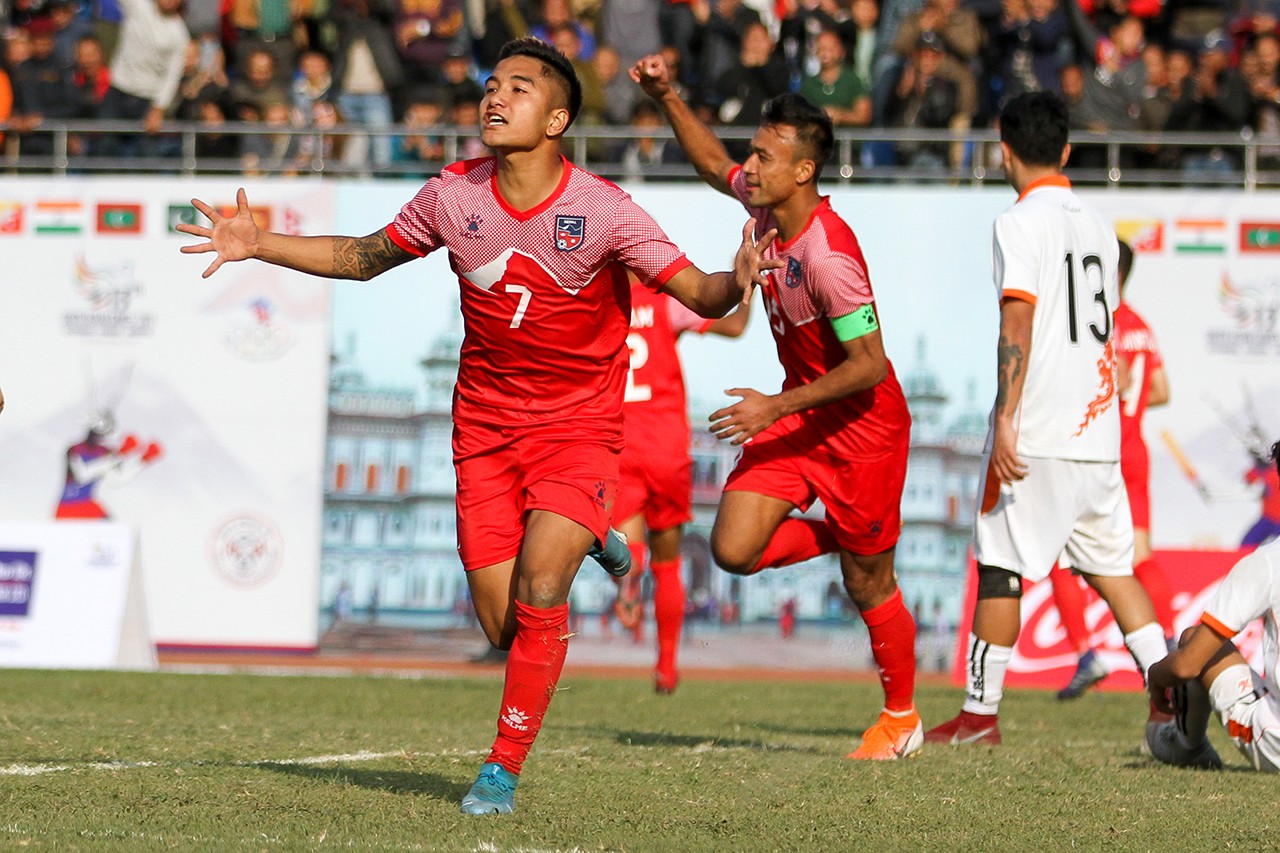 Rijal was around 12 years when his father took him for U-12 selection conducted by All Nepal Football Association (ANFA). He was among the final 30 finalized from around 1600 hopefuls. A 12-year-kid from Kathmandu, who idolized Cristiano Ronaldo, was now hoping to fulfill his dream of playing for his country. "My father and my seniors often talked about playing for country. I did not understand what it meant but hoped to play for my country someday. Now that I have fulfilled it, I finally understood the pride and honor associated with it," said Rijal.

Having spent his time in the ANFA Academy, Rijal first played in the 'B' Division League when Boys Union Club's (BUC) Subhan Tandukar asked him to play for the club. He also played in the first edition of Khaptad Gold Cup in Dhangadhi for BUC. His performance in the tournament caught eyes of Nepal Police Club who invited him to play for them. Rijal debuted for NPC in the Budasubba Gold Cup in Dharan. "My debut was special for me as I scored two goals in my first game for the club," said Rijal. Rijal also represented police in the Martyr's Memorial 'A' Division League scoring six goals. "Boys Union Club and Nepal Police Club are very special for me," said Rijal. 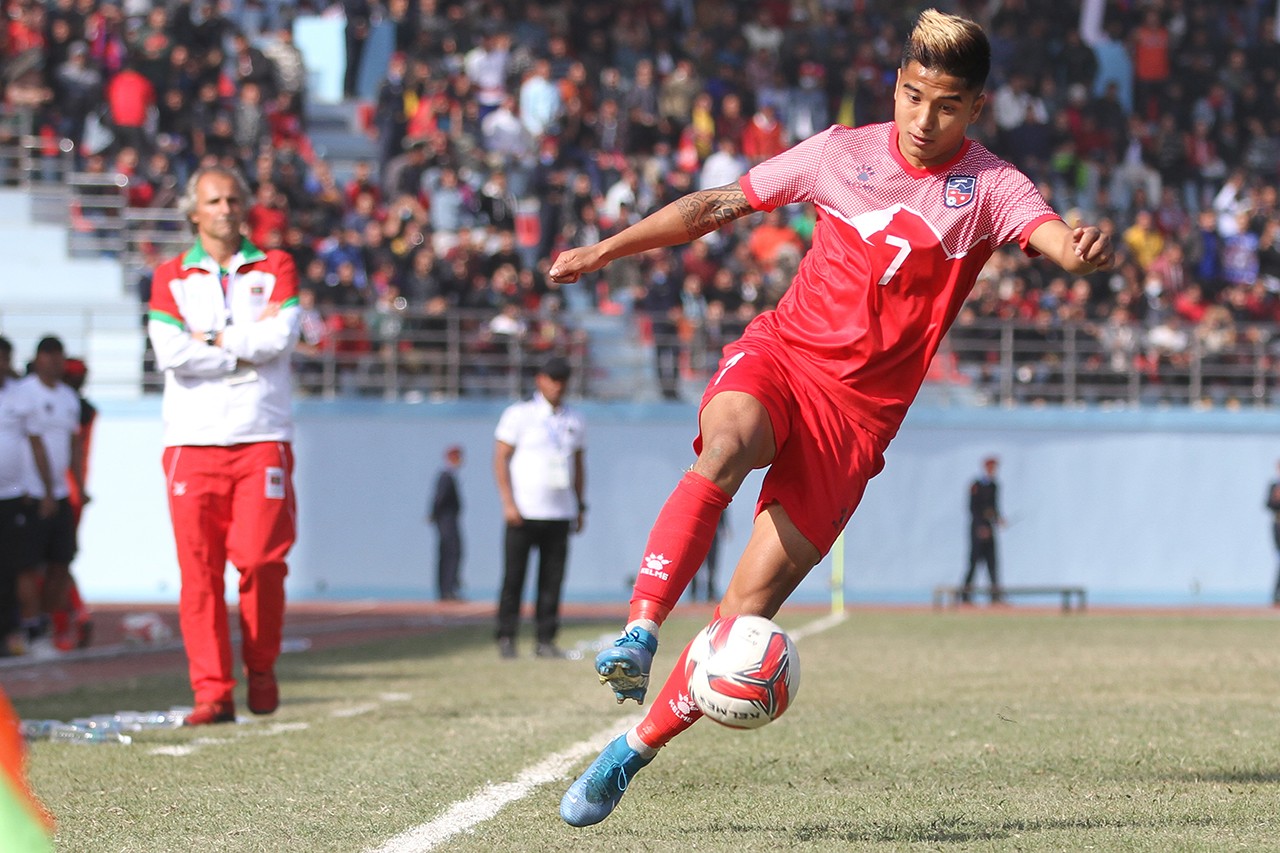 It was while playing for NPC when league champions Manang Marsyangdi Club (MMC) came calling with a loan offer for Rijal. MMC was playing in the 2019 AFC Cup and looking to add him to strengthen their squad. Rijal scored one goal for MMC in the tournament becoming the first Nepali player to score in AFC club competition. His performance earned him his maiden call-up from the national team. National team coach Johan Kalin said the team needed an aggressive player up front whose movement could trouble the opponent and Rijal fitted the bill.

Rijal pulled on the national jersey for the first time as a substitute against Malaysia in an international friendly. His second match, a start, against Chinese Taipei earned him that goal. Rijal headed in the 64th minute from a Santosh Tamang free-kick. "That moment is very special to me. I will remember it forever. I scored for the first time for my country," said Rijal.

Rijal dedicates his achievement so far to his schooling and his hard work. "I am lucky to learn a lot during my time at ANFA Academy. My seniors, coaches have taught me a lot and lend me good support. They showed me a path which I followed with full dedication," said Rijal. National team coach Kalin also has high hopes for Rijal. "His attitude in training has been very good from day one and he works hard to improve as a player," said Kalin. "Many players have enough talent to become really good but not many have the mentality needed. Rijal is always willing to work hard to improve in training." 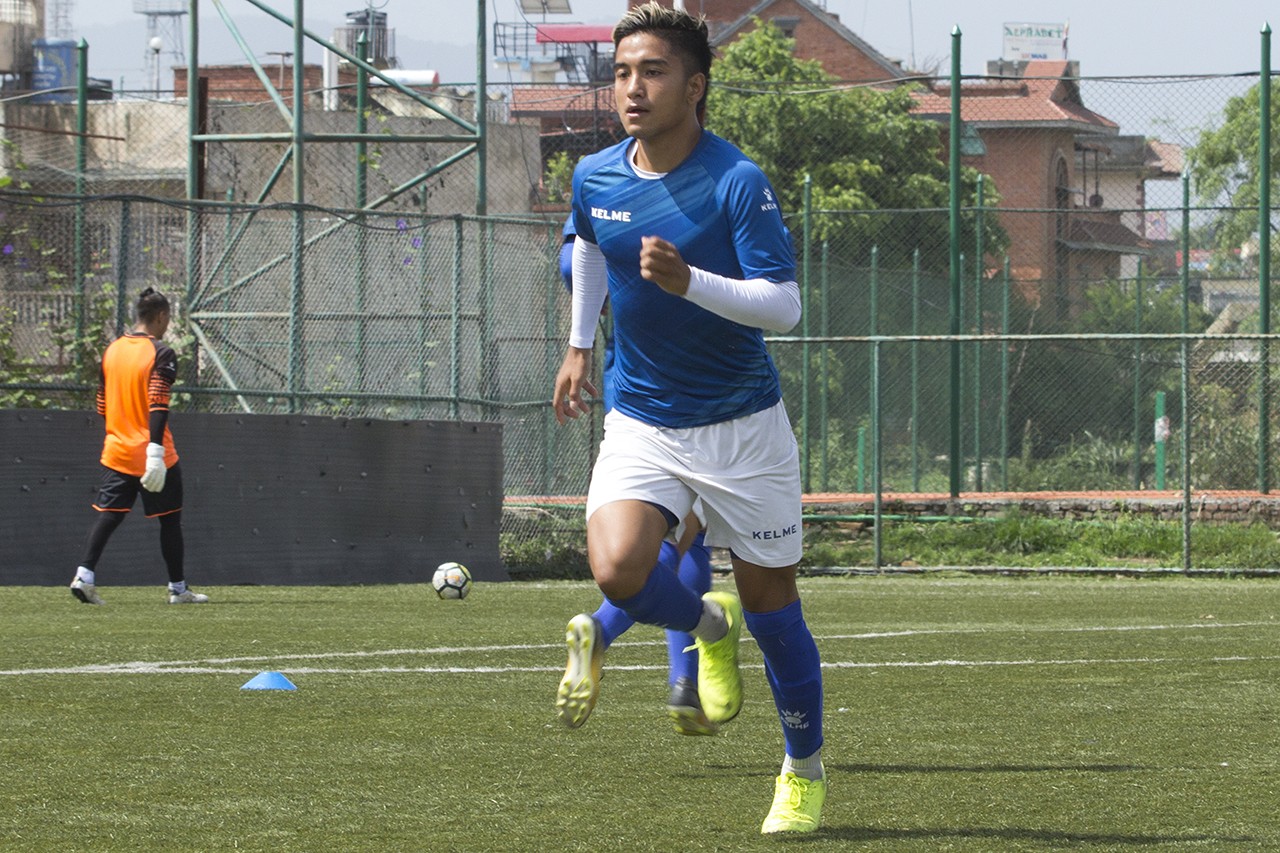 Having proved himself in the national league, Rijal has also earned plaudits with his performances in league games in Maldives and India. He currently plays for Kolkata-based Mohammedan Sporting Club, one of the oldest and popular football clubs in India.

National coach Kalin believes Rijal can improve a lot and establish himself in the national side for many years to come. "His hard work and dedication can become a role model for upcoming generation. He is still young and will only improve if he continues with his work-hard and positive attitude," said Kalin. Rijal also believes he can help his side improve their performance and hopefully win silverware for the national side. "One has to stay focused and work hard. The governing body has helped a lot but it depends upon the player's dedication and focus to succeed or fail," said Rijal. "Get your head down and work for it. It may take time but success will follow," he added.