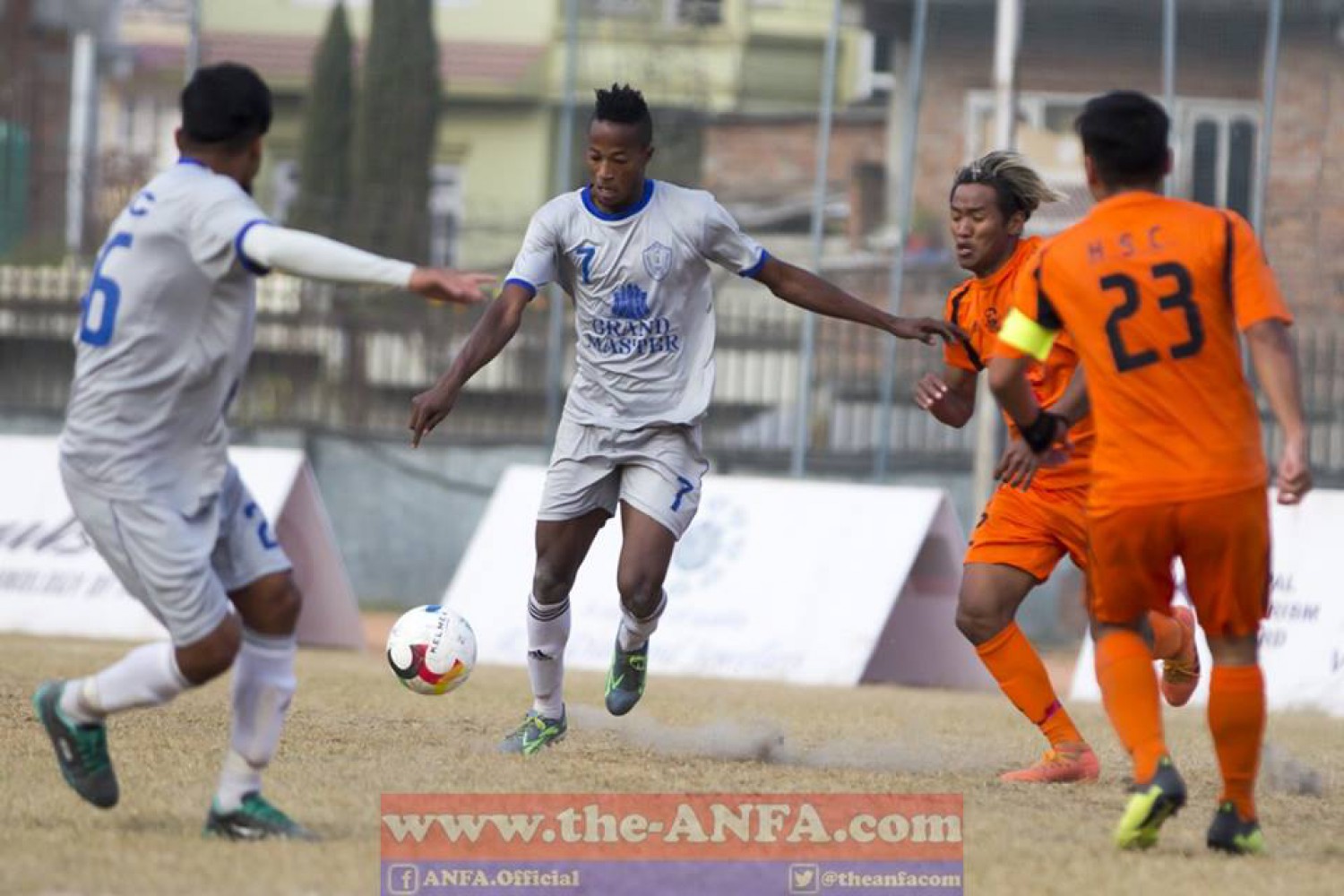 Today's second match of ongoing Pulsar Martyr's Memorial A-division league was held in APF stadium between Himalayan Sherpa Club(HSC) and Grand Master Jawalakhel Youth Club(JYC). Both team were evenly matched in the first half and were not able to break the deadlock.In second half of the game both team played attacking football. In the 66th minute HSC opened up the deadlock with a goal from Kiran Limbu who later scored again to double the lead for HSC.Late in the game confusion between HSC keeper and defender caused a own goal for HSC. Finally with a lot of late drama the game ended at 2-1 with Himalayn Sherpa winning the three points. Kiran Limbu was awarded the man of the match award.