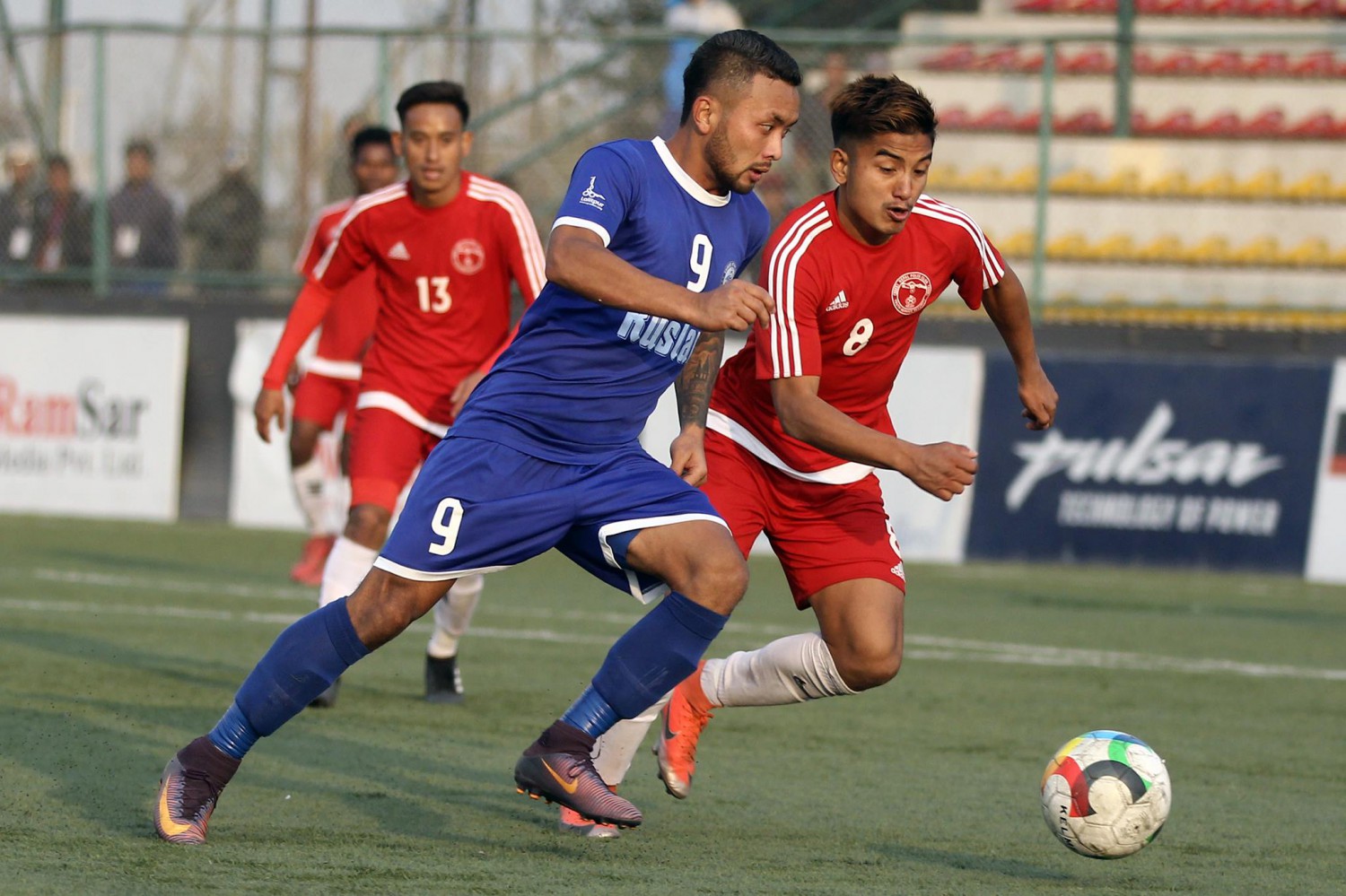 Today's 2nd match in ANFA complex,Satdobato on Pulsar Martyr's Memorial A-division league was between New Road Team(NRT) and Ruslan Three Star Club(TSC). TSC took the control of the game from the beginning coming up with number of attacks to NRT’s goalpost. But hats off to the NRT keeper Anil Prajapati who saved numerous number of shots throughout the game. Then penalty was awarded to TSC on 74th minute and was converted into goal by Ranjit Dhimal and Ajayi Martins doubled the score making the final score TSC 2-0 NRT. Ranjit Dhimal from TSC was awarded with Man Of The Match title for his contribution in today’s win.