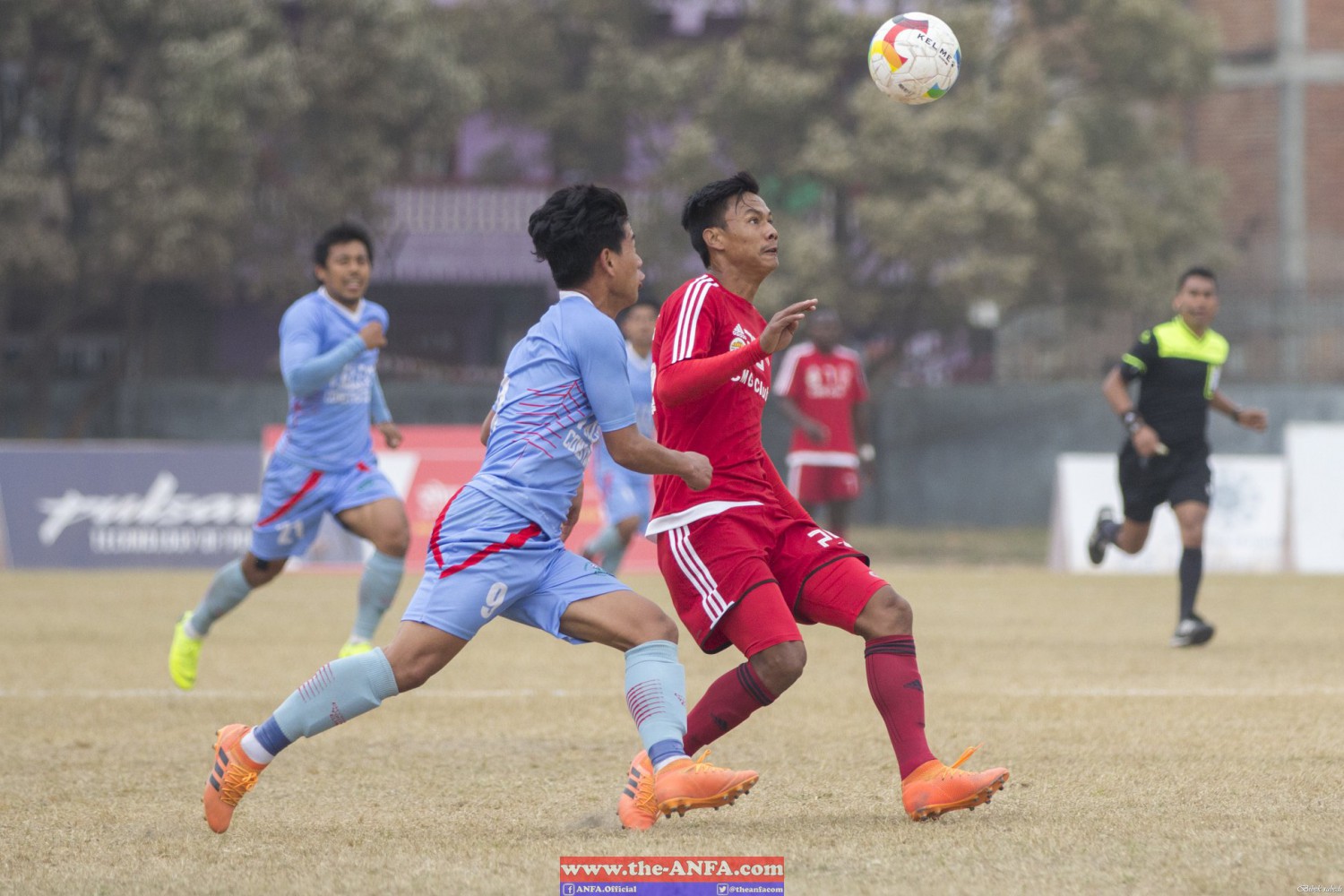 Todays match of Round 5 in Martyr’s Memorial League between Valley Chyasal  Youth Club and CMG Sankata Club was filled with late drama. Sanakta Club had built pressure from the first half and managed to score two goals. One with the help of pentaly in the 23rd minute by Amit Tamang and second by Ellon Maxxwell in the 48th minute. In later second half Valley CYC improved their game and were awarded the penalty in the 87th minute which was converted by Santosh Shaukala. Finally the came to end with CMG Sankata getting the 3 points.