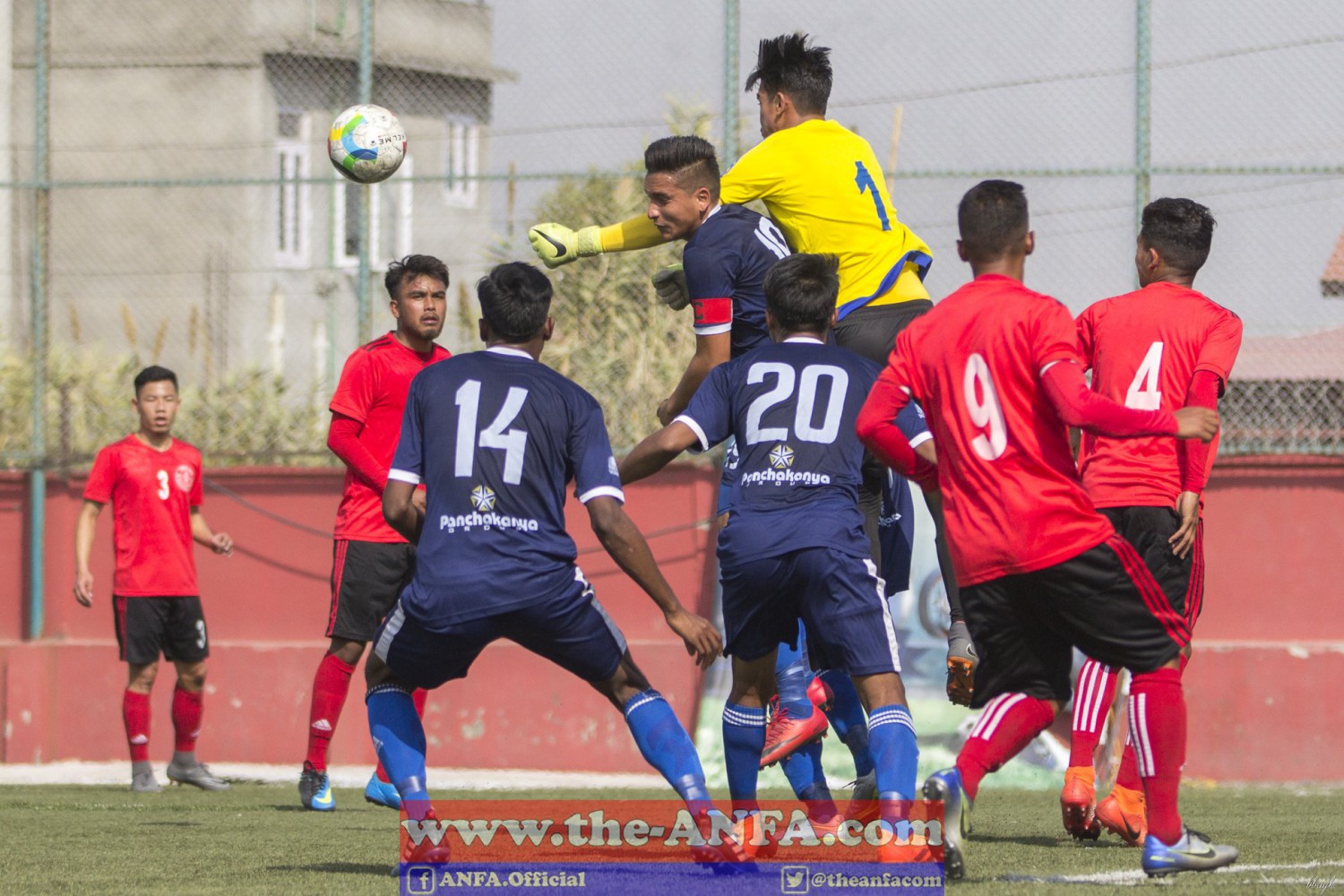 NIBL Friends Club(FC) secured 3 points in today's match of Pulsar Martyr's Memorial A-Division League against Machhindra Club(MC). The game was held at ANFA Complex,Satdobato. The first half was goalless but FC totally took control of the 2nd half and Fofana Brahiman(27) scored a wonderful freekick goal at 65th minute to take a lead. Then Sanjog Maharjan and Anil Maharjan scored another 2 goals for FC to make the final score FC 3-0 MC . The Captain of FC Ashim Bhusal(19) was announced as 'Man Of The Match' for his excellent performance despite his injury.