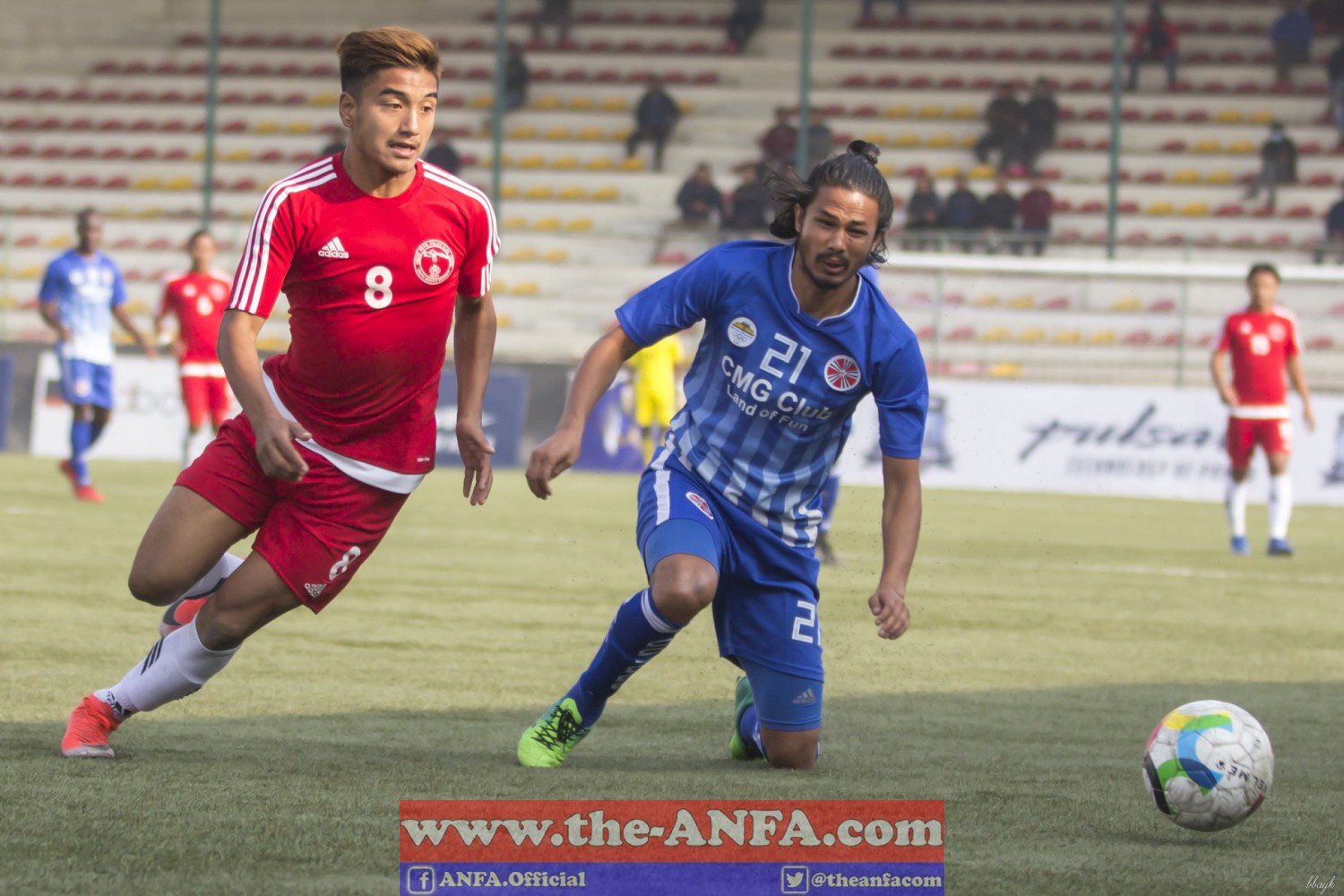 Nepal Police Club(NPC) and CMG Sankata Club(SC) faced each otherr on second match of 6th round of ongoing Pulsar Martyr's Memorial A Division League. The match was conducted at ANFA Complex, Satdobato. NPC looked sharp on attack from the begining  but it was Sankata who took the lead after Saroj Dahal's brilliant header at 29th minute. Dipesh Ale Magar doubled the lead for Sankata at 37th minute. NPC tried hard to get a goal back but SC defense were strong enough to neutralize NPC attack. The macth ended 1-2 in favour of CMG Sankata. Saroj Dahal from SC was awarded with man of the match title for his brilliant performance.

The live commentary of the match is available here: https://the-anfa.com/liveCommentry?game_id=75