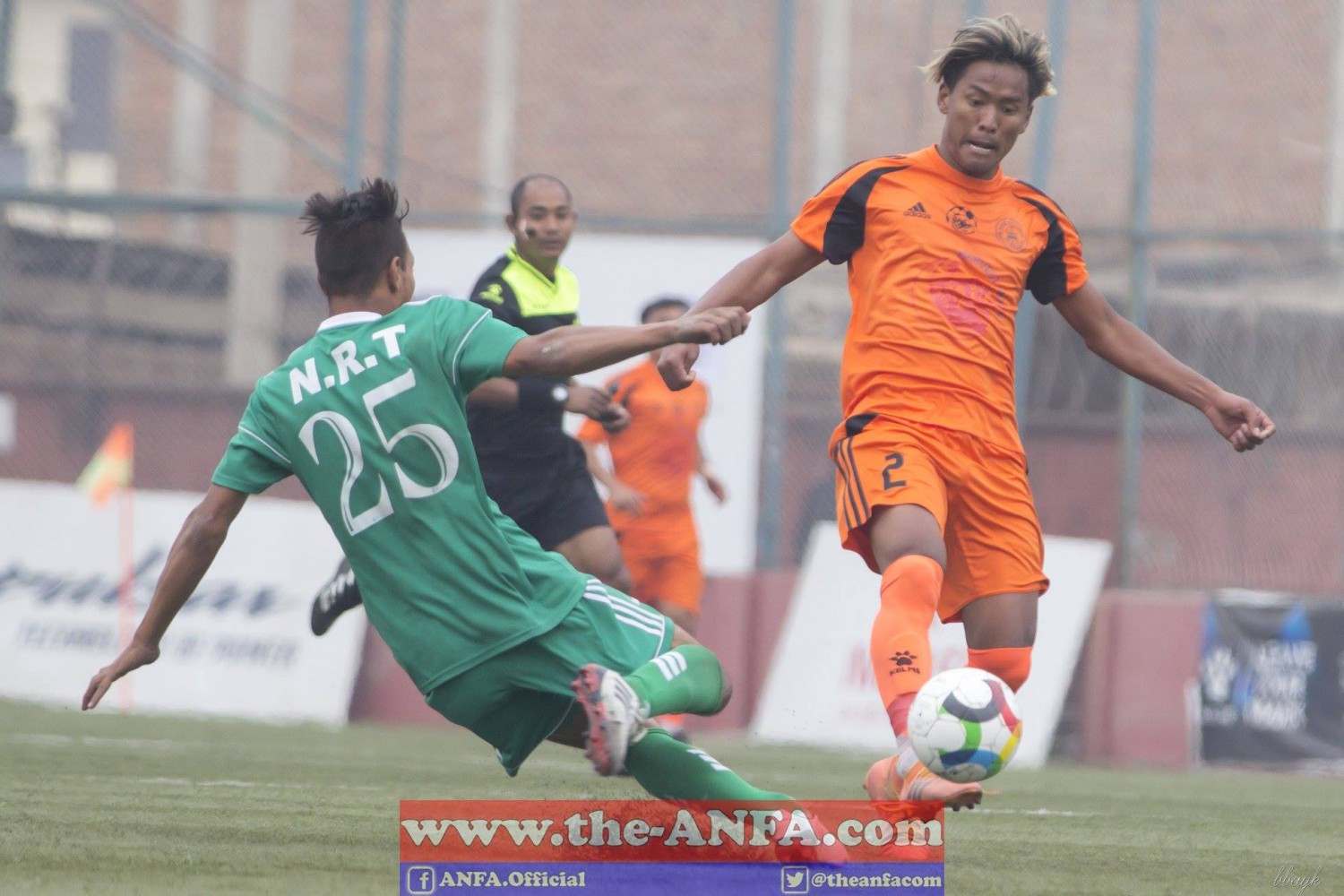 A first-half goal by Biswash Shrestha(10) was enough to give Himalayan Sherpa Club(HSC) a 1-0 win over New Road Team(NRT) today and ensure they progress to 6th place in the ongoing Pulsar Martyr's Memorial A Division League at ANFA Complex, Satdobato. Both teams were wonderful throughout the game and both NRT as well as HSC were coming up with frequent attacks to the post. The game was intense and 5 yellow cards were shown by refree throughout the game to both the teams. Tridev Gurung(17) from HSC was awarded with Man Of The Match title for his marvellous performance and role in HSC's today's win.