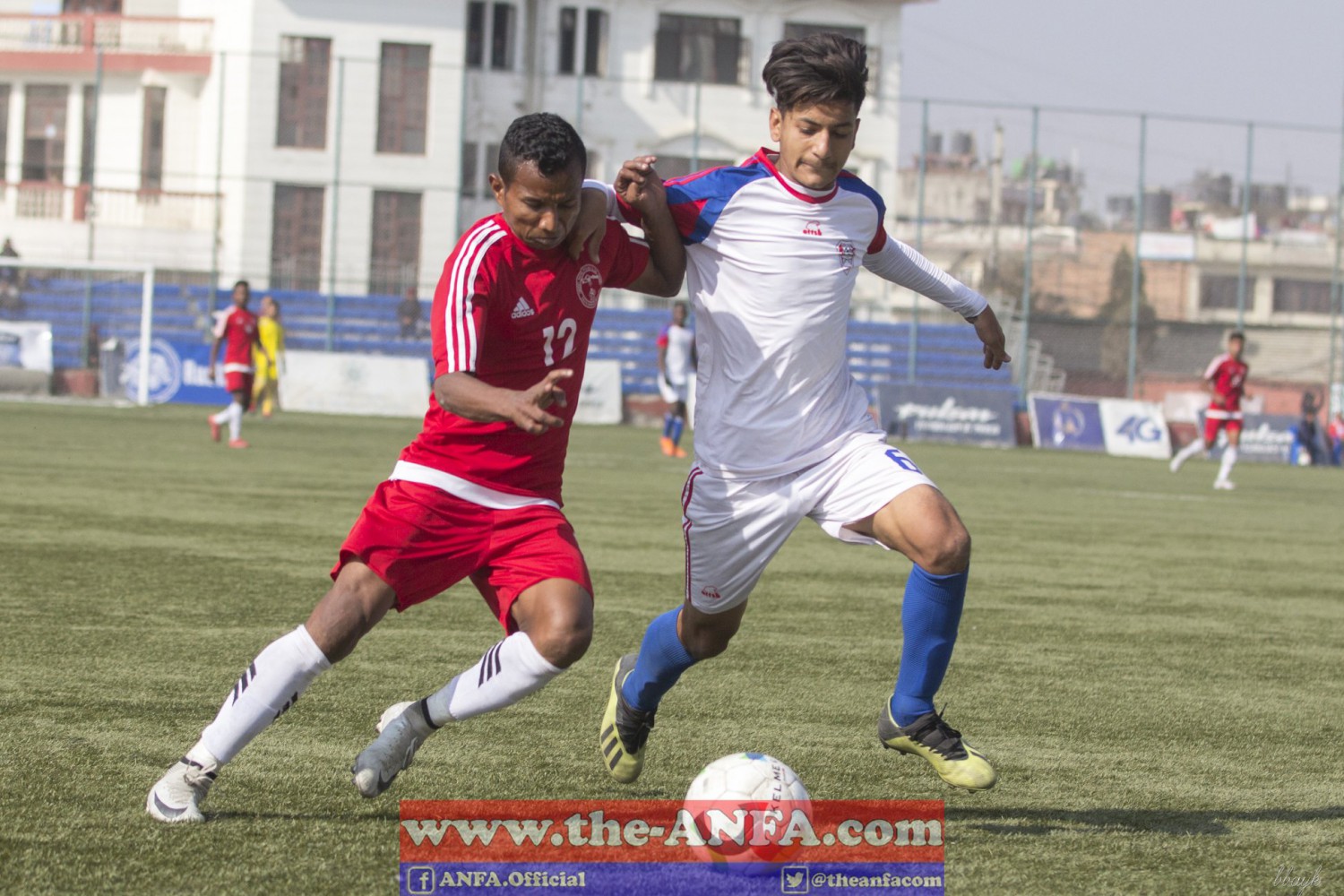 The second last match of 9th round of Pulsar Martyr's Memorial A Division League was scheduled at ANFA Complex, Satdobato. The match was held on December 19th, 2018 between Nepal Police Club(NPC) and Brigade Boys Club(BBC).  BBC came up with a good  attacking spirit from the begining of the game. BBC took early lead as Ritik Khadka scored at 5th minute with an excellent piece of shot.  NPC played out their tactics to bounch back in the first half but all of their chances failed to find the net.  NPC dominated the second half ball possesion. Ravisankar Paswan(NPC) provided number of good crosses but none were good enough to level the scoreline. Later at 75th minute, Hem Tamang(NPC) asisted great ball to Abhisek Rijal(NPC) who scored a brilliant header and the game ended 1-1. Hem Tamang from NPC was awarded with man of the match for his excellent display of game.