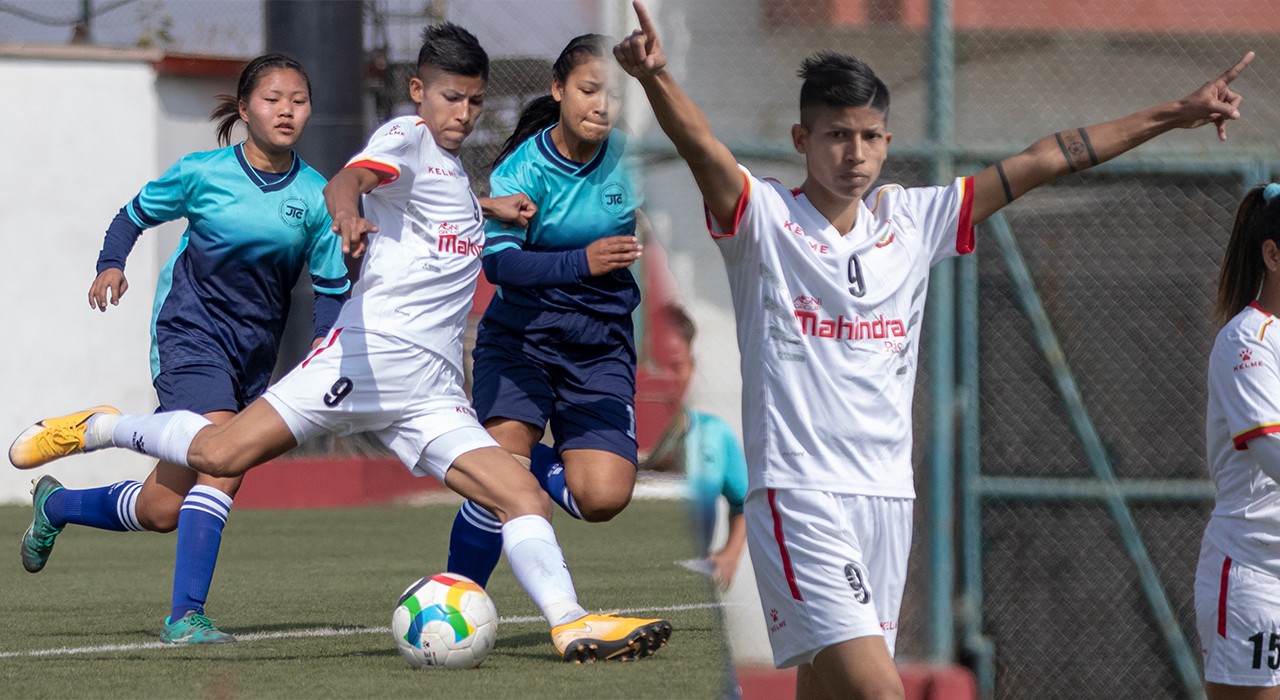 In the first match of the day played at ANFA Complex in Satdobato on Thursday, Bhandari opened the score in the 14th minute when she latched a right footed shot after a cross from Aanjali Yonjan from the left. Yonjan then scored herself in the 22nd minute when a corner kick was headed on her path by Saru Limbu.

Player of the Match Bhandari scored her second in the 62nd minute from Anita Basnet's pass. Two minutes later, Bhandari then turned provider feeding Basnet for the team's fourth. She completed her hattrick in the 72nd minute with a powerful right footed shot following a fine solo run.

The sixth was scored by Preeti Rai after Chandrapur goalkeeper Yunisha Rai failed to clear the ball allowing Rai to score.

APF coach Bhagwati Thapa said they were happy to start the league with a win and show they were the title contenders. "The first match is always important and our players played really well. We were slow to start but caught the rhythm in the second half," said Thapa.

Forward Bhandari said she was happy to score and register a win against a quality team like Chandrapur. "It is good to be back playing a competitive match and even better that the quality of competition has improved," she said.

Chandrapur coach Noorraj Kafle said they were dealt a blow with an injury to their key defender Samikshya Ghimire in the start of the second half. "It resulted in a flurry of goals as we came under pressure following the injury. We also lacked fitness to play which should improve in coming matches," Kafle said.