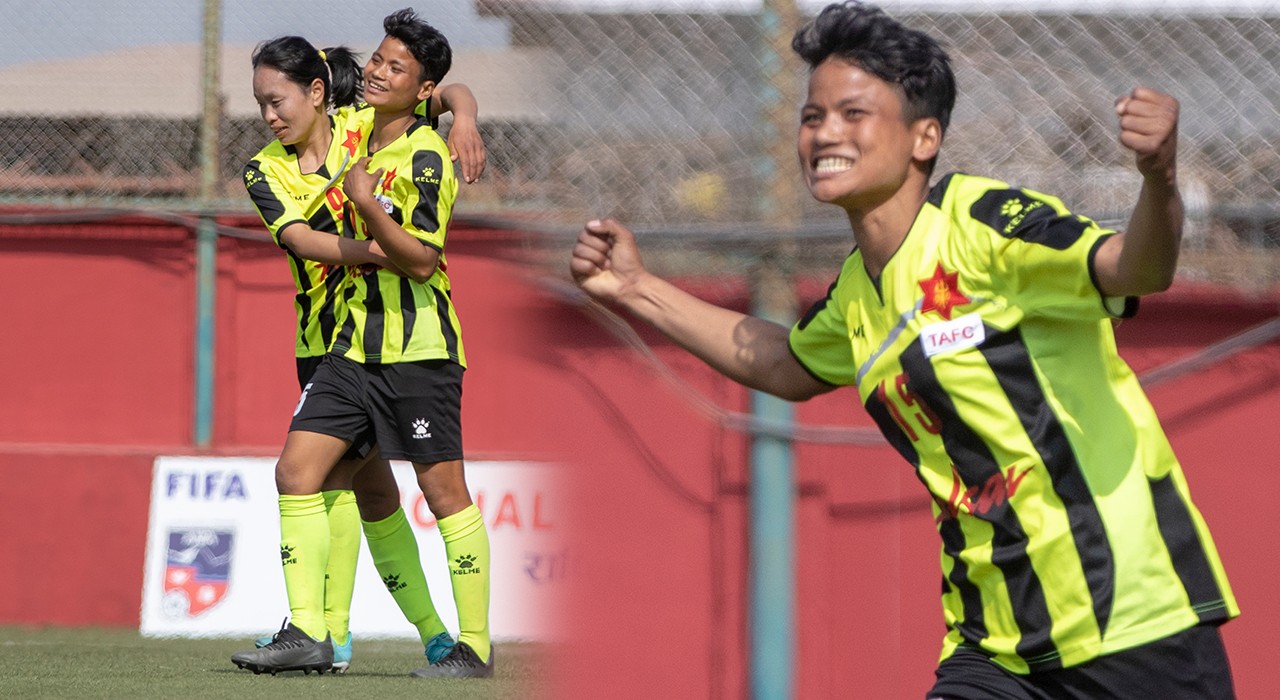 Tribhuvan Army Football Club's Bimala Chaudhary scored a hattrick as they defeated Waling Municipality Syangja 7-0 in the National Women's League Football match at ANFA Complex on Sunday.
Bimala opened the scoring in the 15th minute before Dipa Rai added a double in the 28th. Sharmila Thapa made it 3-0 just before the break.
TAFC continued their scoring spree in the second half with two more goals from Chaudhary in the 66th and 75th minute. Substitutes Hema Chaudhary and Bhujanga Rai scored a goal each in the 89th and 92nd minute to complete the rout.
TAFC coach Raju Tamang said they had focused on scoring after a goalless draw in the opening day of the tournament. "It paid off as we scored early goals and added more in the second half," Tamang said. He added the team's next match against Armed Police Force is crucial in their chase for the title.
Waling Municipality Coach Dilip Thapa said injury to their key foreign player and failing to strike a balance between those who were playing left them with the defeat. "Our African defender was injured and those who were playing could not coordinate well with the team. I hope we can improve in coming matches," said Thapa.