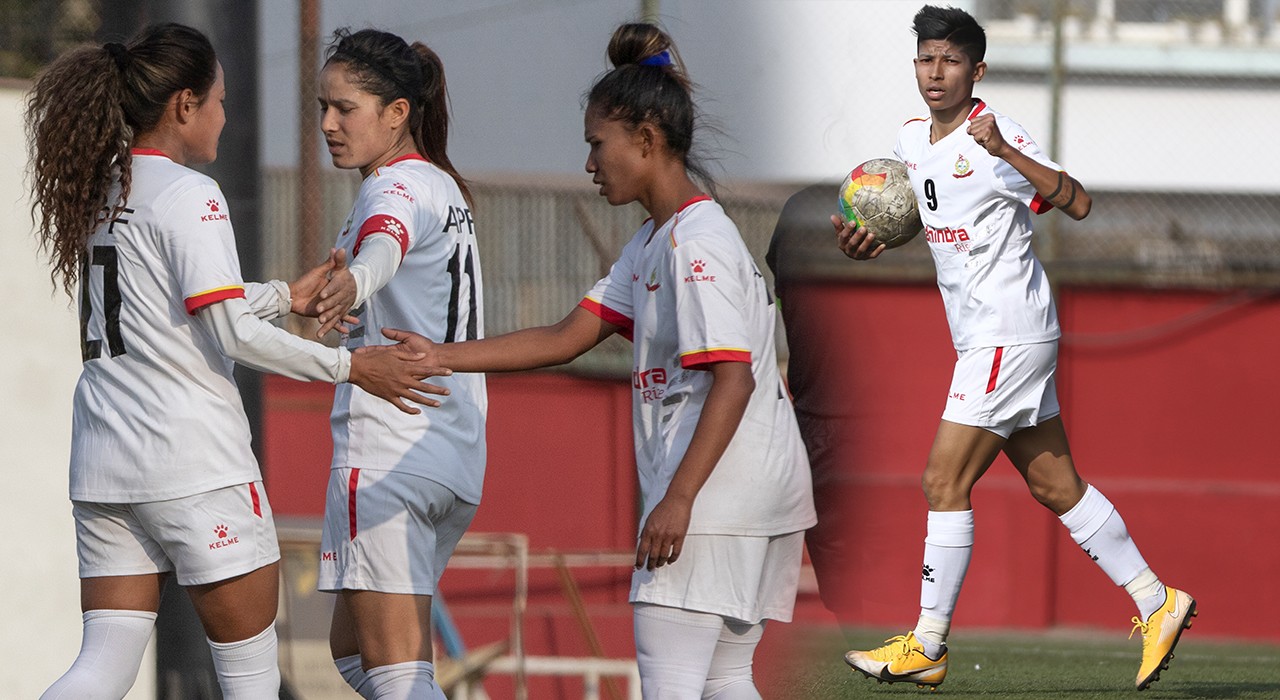 Sabitra Bhandari put on another standout performance as Nepal APF Club send Biratnagar Metropolitan City packing with a thumping 7-0 victory in the ongoing National Women's League organized by the All Nepal Football Association at the ANFA Complex, Satdobato.
Starting with the pacy frontlines, APF constantly had pressurized the opponent box from the very start of the match.
Bhadari scored four goals alone while Anita K.C bagged a brace and Saru Limbu scored one goal in the win for APF.
Anita KC opened APF's account in the 6th minute. KC also scored in the 80th minute.
Sabitra Bhandari scored in the 25th, 42nd, 74th and 89th minute. She now has seven goals from two matches in the competition.
Saru Limbu netted in the 72nd minute.
Commenting on the match APF Coach Janak Singh Tharu said, " We would have liked to score more goals in the second half but some of the best chances were squandered. Our tough fight will be against the departmental side and we look forward to it."
Birtanagar Metropolitan Coach Paras Chaudhary said, " APF is a big team with star players. Our strategy was to defend against APF and concede less goals but did not go as planned. Our top fight comes with guests teams like us, for departmental teams we would like to give less goals."