In the second match of the day played at ANFA Complex in Satdobato, Anjali Yonjan and Saru Limbu scored for APF to continue their winning streak in the league. APF now have won three games in a row scoring a total of 15 goals without conceding any.

Yonjan opened the scoring in the 27th minute finding the top-right corner after being provided by Sabitra Bhandari. Bhandari again found Limbu in the added minutes of first half for the second goal.

TAFC were mostly pegged back during the game and were not able to threaten the APF's goalline. TAFC remain third

APF's coach Bhagwati Thapa said today's win helped them build confidence but with plenty games remaining they were not focusing on the title as of now. "We still have plenty of games left and teams improving after each match, title race is far from over," said Thapa.

TAFC's coach Raju Tamang said they were not able to create goal scoring opportunities and their midfield failed to feed the forwards. "They also scored early which made my players further nervous. We now need to improve our performance in remaining nine matches to get back on the title race," said Tamang.

Chandrapur Municipality Rautahat will play against Biratnagar Metropolitan City in the only game on Wednesday. 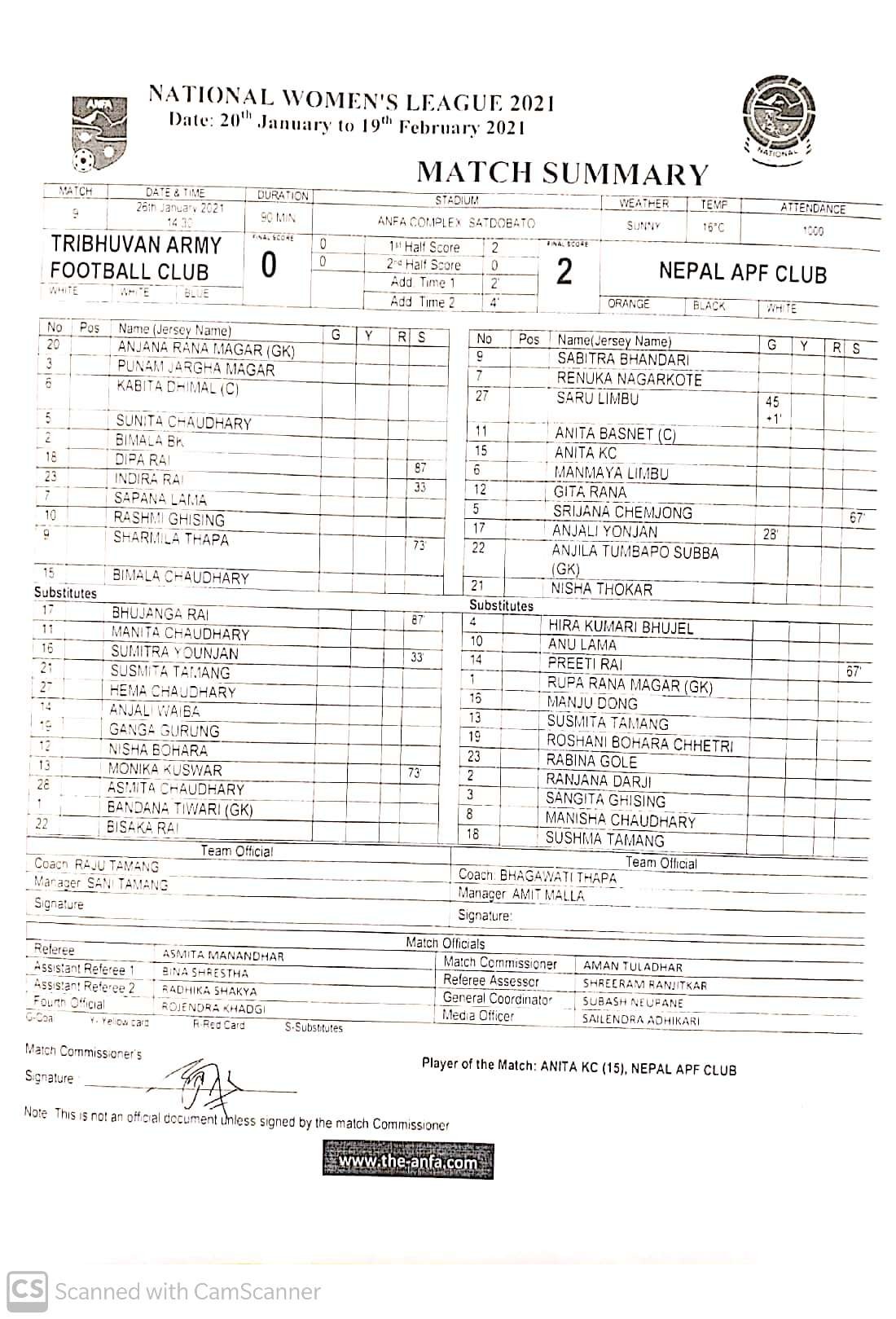