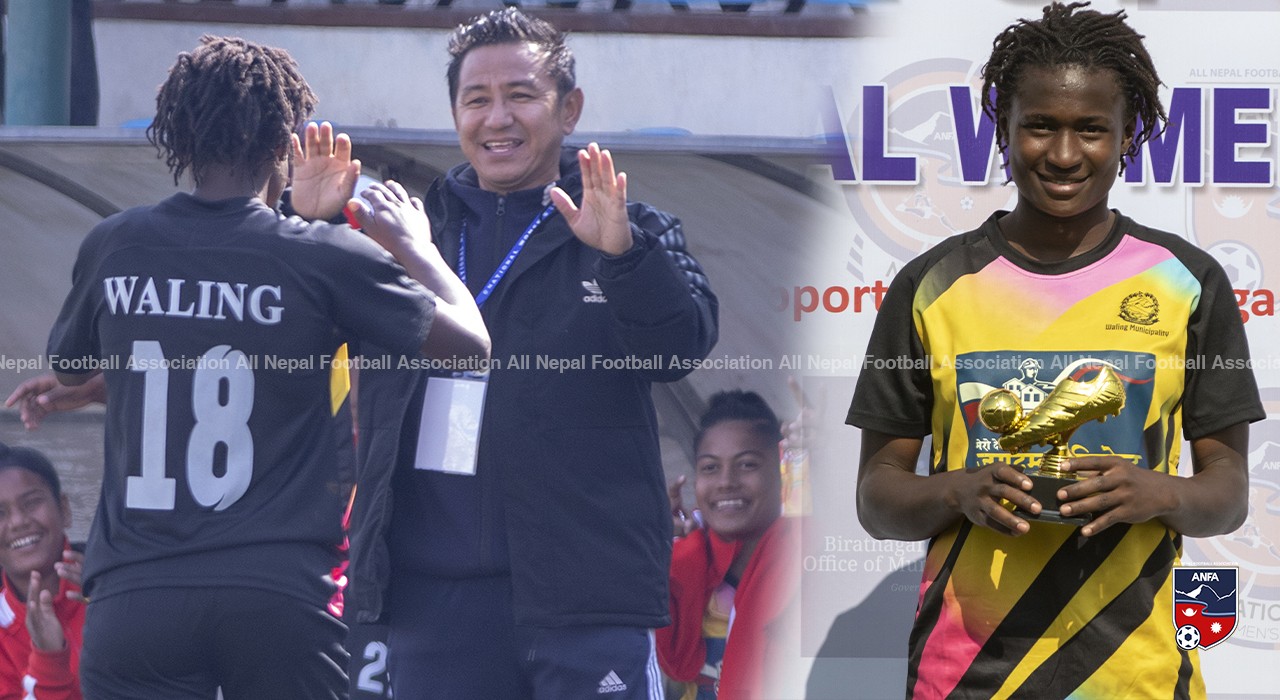 Waling Municipality's Cameroonian Metho Eludie Ruth scored six goals as they romped to a 10-0 thrashing of pointless Chaudandigadhi Municipality in the National Women's League on Thursday.

Player of the Match Ruth completed her hattrick inside 12 minutes in the first half and added three more in the second to complete the rout as Waling registered their first win in the tournament. Samjhana Sharma scored two and Manmaya Damai and another Cameroonian Touta Oranella Evanick Noelle scored a goal each for Waling.

Waling coach Dilip Thapa lauded the impact made by his foreign players in the league. "They have started to settle now. We wanted to score and we succeeded," said Dilip.

Ruth also said she was happy to contribute to the team by scoring goals. "I am happy especially for the points," she said.

It was another disappointing performance for Chaudandigadhi who have now scored just one goal and conceded 23 goals in three matches. Coach Dipak Thapa said they were not able to keep the ball possession and were heavily penalized. "Our defense and midfield was almost non-existent in today's match. We hope to improve in coming matches," said coach Dipak.

The big win takes Waling to third in the table above Tribhuvan Army Football Club who have a game in hand. Chaudandigadhi lie bottom of the table without a point.