APF one win away from title after defeating Police

APF have five points lead over Tribhuvan Army Football Club (TAFC) with two games remaining. They will also win the title if TAFC lose or draw their next match against NPC.

In an entertaining match at ANFA Complex, an own goal from Ghim Kumari Gurung and another one from Rabina Gole won the match for APF.

After a goalless first half, APF's Sushma Tamang's shot was deflected into the own net by Gurung in the 69th minute. NPC levelled in the 75th minute when a shot by Amrita Jaisi struck Gita Rana and went above APF's goalie Anjila Tumbapo Subba. It was the first goal conceded by APF in the tournament.

Just when it looked like APF would lose their first points, Rabina Gole scored four minutes from time to give the win for APF.

APF coach Bhagwati Thapa said it was a tough win for them. "They played defensive game which stopped our strikers from scoring. Injury to Sabitra Bhandari also affected our play," said Thapa.

NPC coach Sanjeev Joshi said they were unfortunate to lose the game. "The own goal was unfortunate. We should now win the remaining two matches to finish well in the tournament," said Joshi.

NPC are fourth on the table, level on point with Waling but behind on head-to-head result. 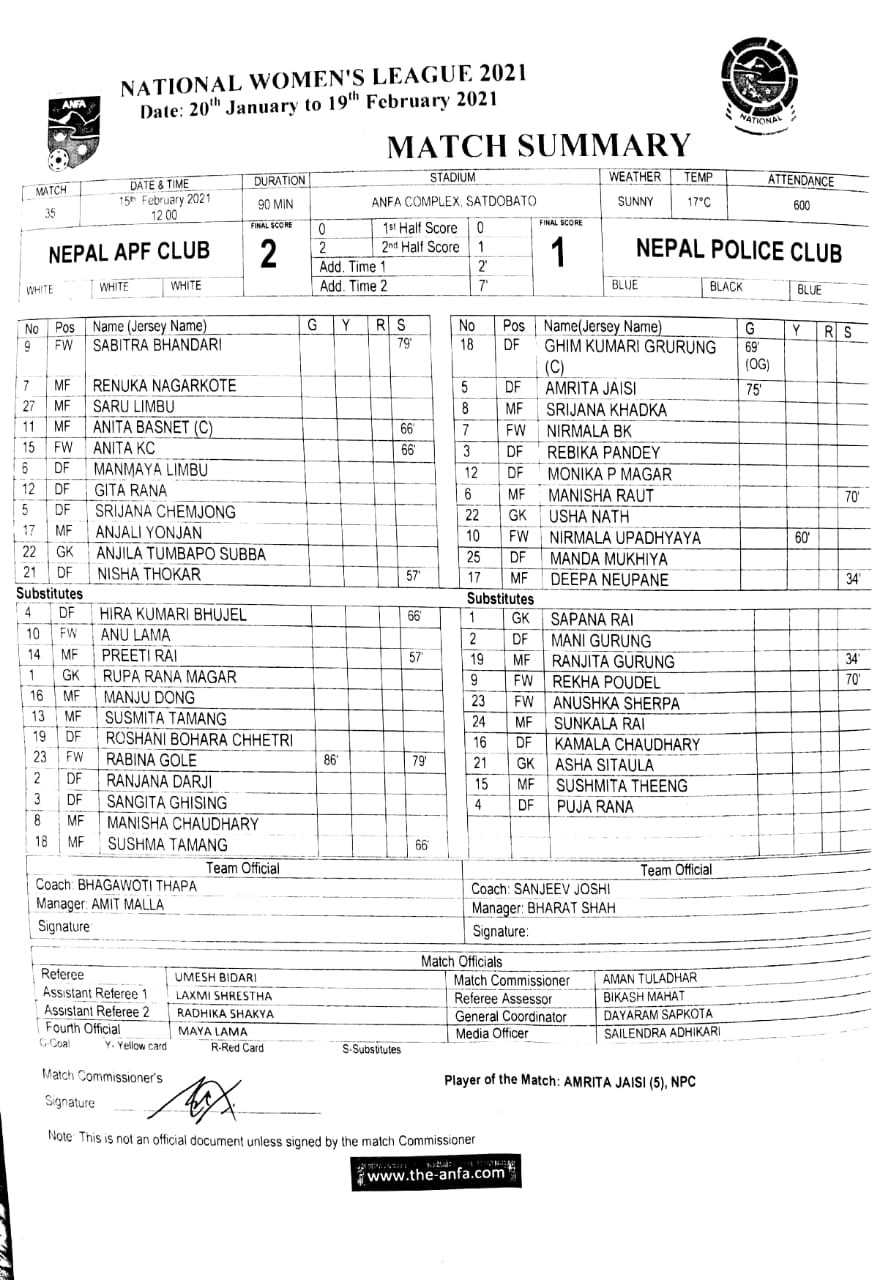