Hima Rawat opened the scoring in the 17th minute to give lead to Waling. Metho Eludie Ruth added the second two minutes after restart before Amisha Karki, returning to the playing set after recovering from a fractured wrist, made it 3-0 in the 54th minute.

Chandrapur had few chances to their name but were unable to convert any of them.

Waling's coach Dilip Thapa said they had expected to finish well in the league. "We had hoped for a strong finish but didn't go as we had planned. Injuries to key players restricted our progress," said Thapa.

Chandrapur's coach Noorraj Kafle said confirmation of sixth finish in the league had made the game a dead rubber for them. "We will finish sixth despite the win or a defeat. So the match was of little importance for us," said Kafle. Kafle reiterated they were also restricted by injuries to key players.

Waling are currently third in the table but can move down to fourth if Nepal Police Club with its match against Chaudandigadhi in the final day of the league. 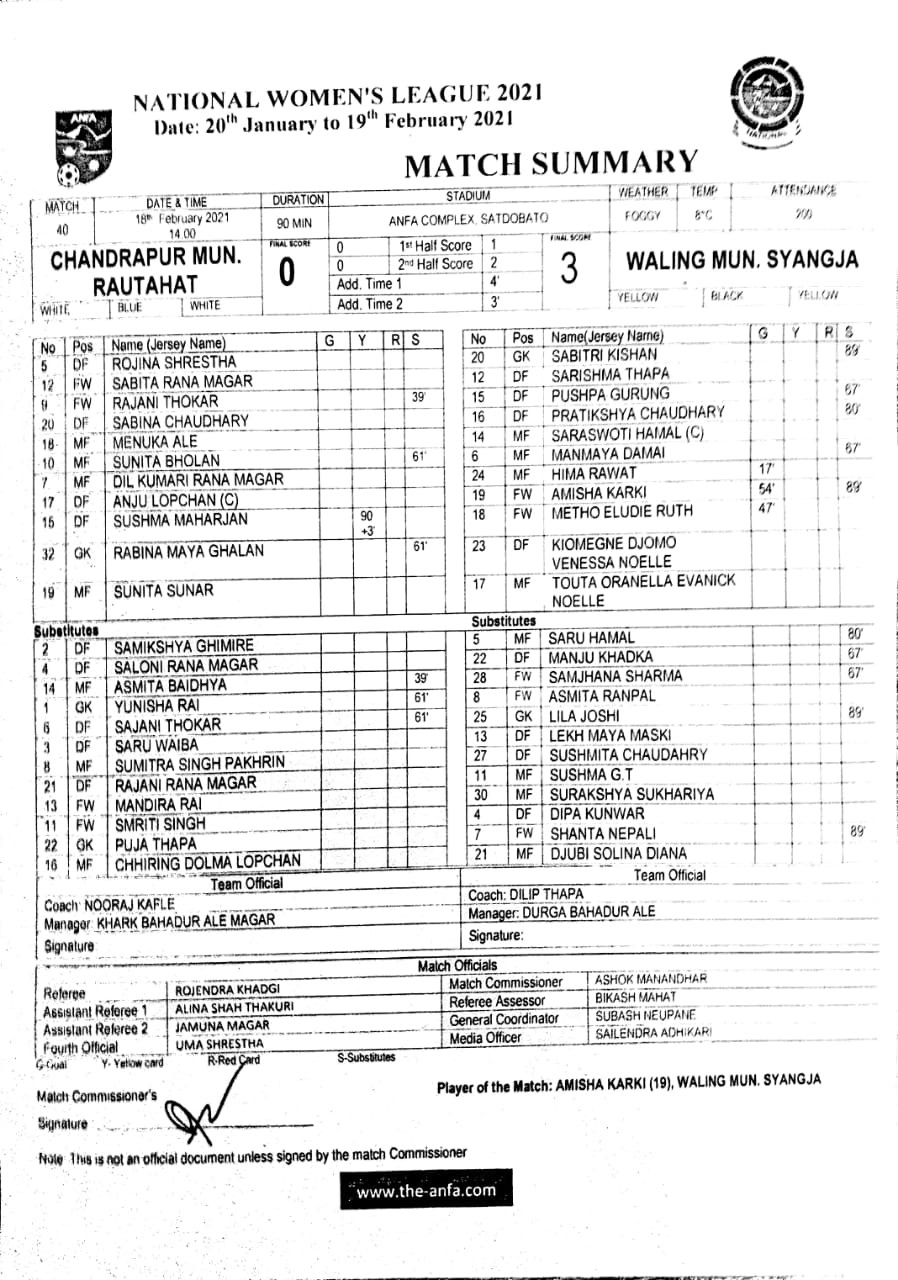 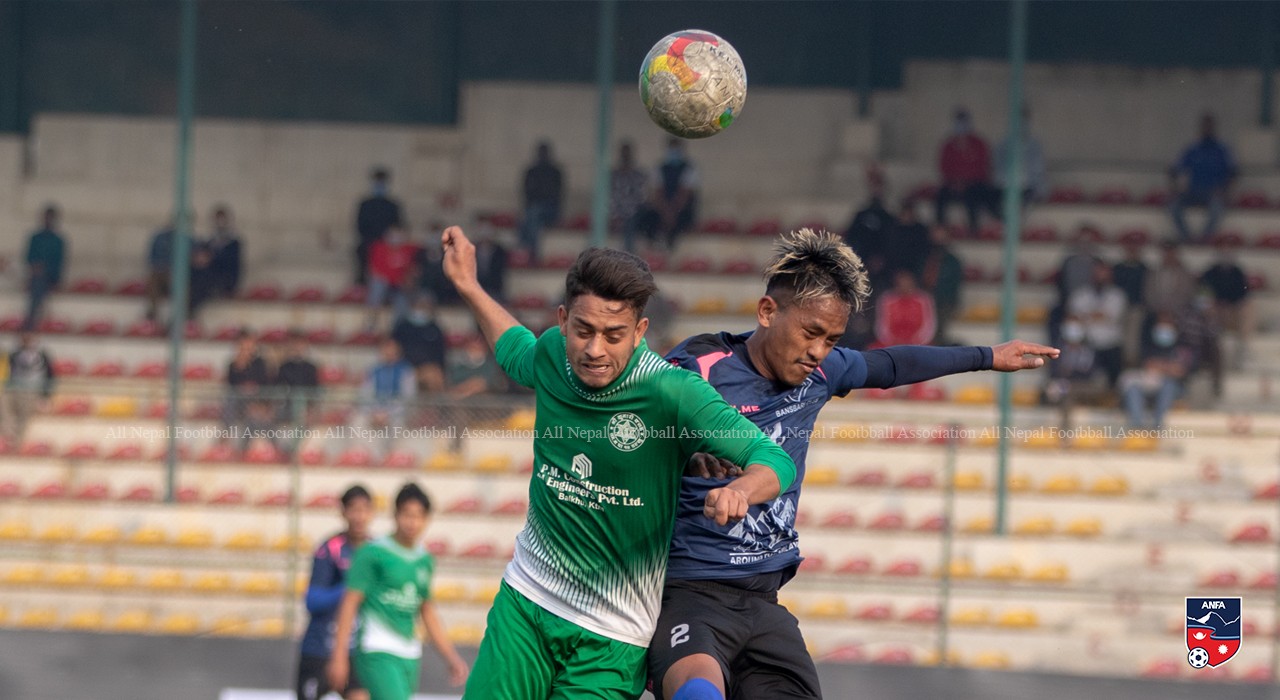